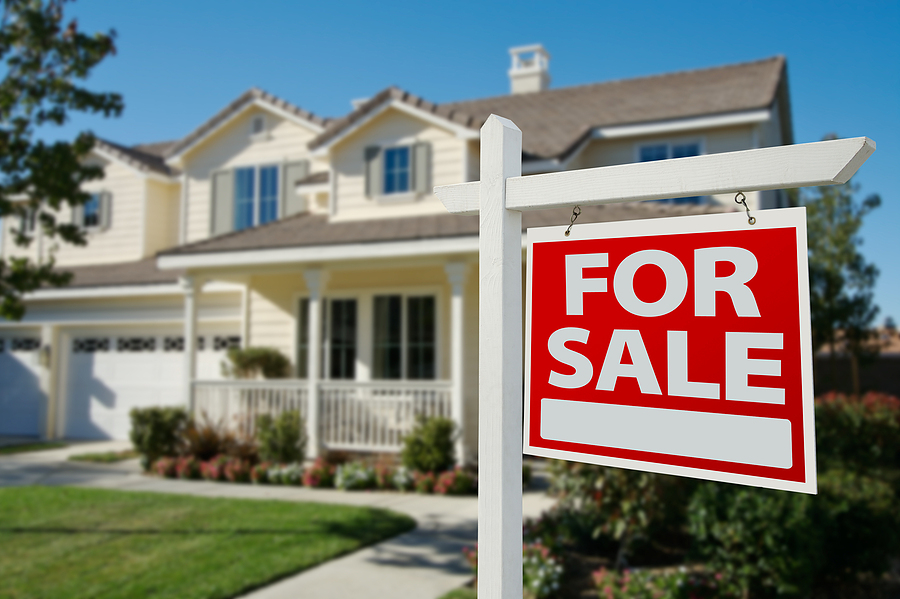 The 2007–2008 financial crisis marked a turning point in the rate at which households move. In the United States, mobility among homeowners fell by 30 percent, and in some countries it dropped even further.

In a paper in the American Economic Journal: Economic Policy, authors Asaf Bernstein and Daan Struyven argue that negative home equity was a critical reason why households moved less in the years following the Great Recession.

The researchers used administrative population data from the Netherlands to test this so-called “housing lock hypothesis.”

The hypothesis postulates that households with negative home equity cannot pay off the balance on their existing mortgage, which leaves them unable to make a down payment on a new home.

By comparing the timing of home purchases in Dutch municipalities between 2007 and 2012, the authors found evidence of housing lock, as illustrated in Figure 5 from their paper. 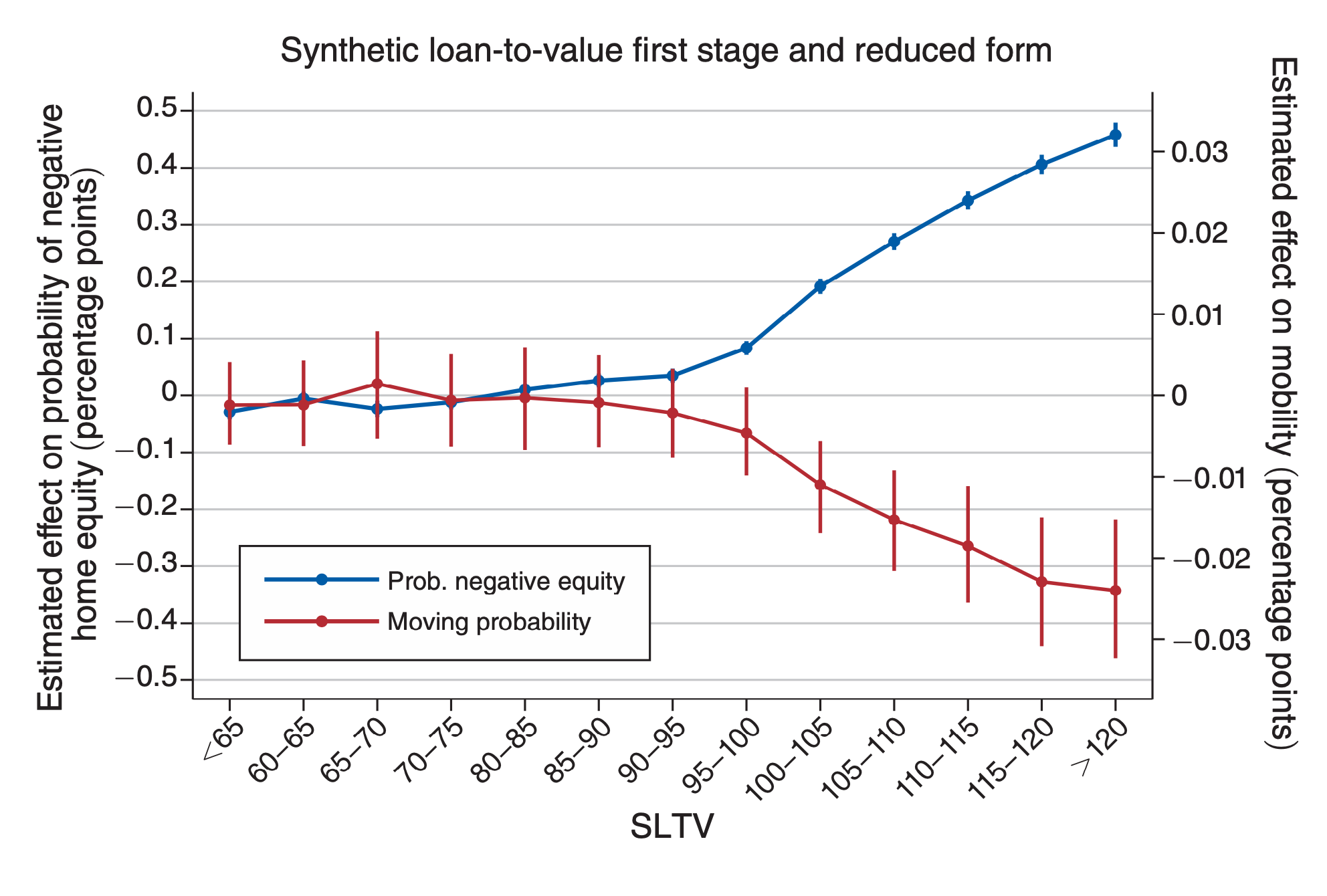 The x-axis represents the ratio of reported loan balances to estimated home values (synthetic loan-to-value ratios). When the loan-to-value of a home is over 100 percent, its equity is negative. But since these values had to be imputed, the chart provides a probability of negative equity, as represented by the blue line (left y-axis). The red line (right y-axis) shows the likelihood that the corresponding households moved during the period of study. The vertical bars are 95 percent confidence intervals.

The diverging lines suggest a causal link between negative home equity and lower mobility rates. At low levels of synthetic loan-to-value ratios, changes do not significantly alter the probability of negative home equity or mobility. But at higher levels, the effect on mobility becomes large and negative, in a near mirror image of the rising probability of underwater equity.

Using the above findings, the researchers estimate that negative home equity was associated with a roughly 75 percent decrease in mobility overall, and resulted in an even steeper decline for households with minimal financial resources and for moves over longer distances.

“Housing Lock: Dutch Evidence on the Impact of Negative Home Equity on Household Mobility” appears in the August 2022 issue of the American Economic Journal: Economic Policy.

Please share your feedback by taking this quick survey.
It should only take a minute or two.