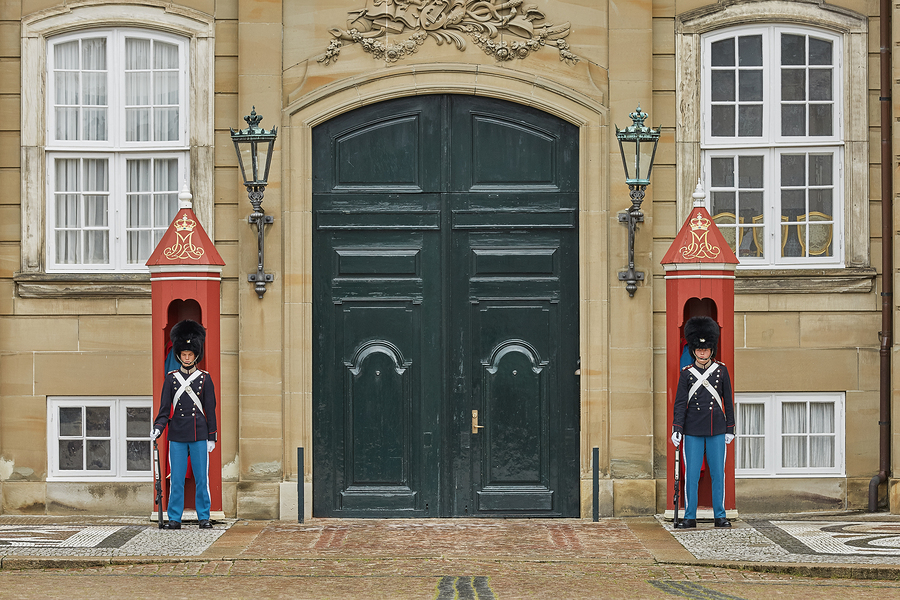 Denmark is the least corrupt country in the world, its Ministry of Foreign Affairs declares. It consistently tops Transparency International’s Corruption Perception Index.  And while the country isn’t perfect, the government manages to attract an honest workforce that rarely takes bribes or kickbacks.

The fact that they pay their public servants less than private sector wages could be part of the reason, according to a paper in the November issue of the American Economic Journal: Economic Policy.

Authors Sebastian Barfort, Nikolaj Harmon, Frederik Hjorth, and Asmus Leth Olsen found that Danish students who were less likely to cheat when given a task were also more likely to be attracted to the public sector.

The researchers ran a series of experimental games at the University of Copenhagen in which students could make more money if they lied to their peers.

Figure 4 from their paper shows how dishonesty varied with student preferences for the public and private sectors. 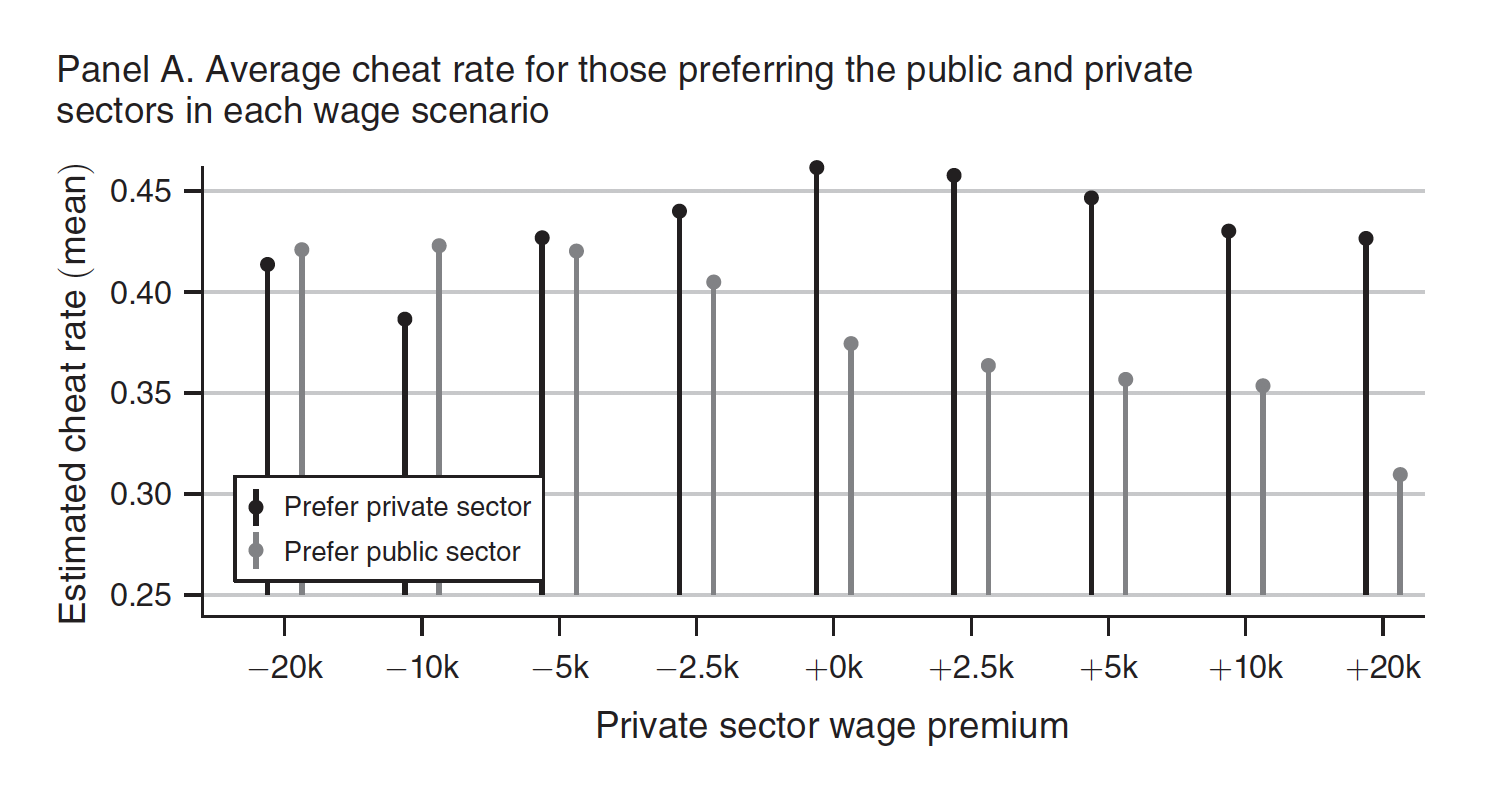 For instance, when private sector wages were set at Dkr 5,000 over the public sector—roughly Denmark’s current public-private wage gap—students who preferred government work were 9 percentage points less likely to cheat than their counterparts.

The authors’ results reflect Denmark’s unique circumstances, so decreasing government wages in poorer, more corrupt countries may not be a solution. But the research offers insights into why some countries are able to maintain honest public sectors, while other countries struggle with corruption.

Sustaining Honesty in Public Service: The Role of Selection

We study the role of self-selection into public service in sustaining honesty in the public sector. Focusing on the world's least corrupt country, Den...