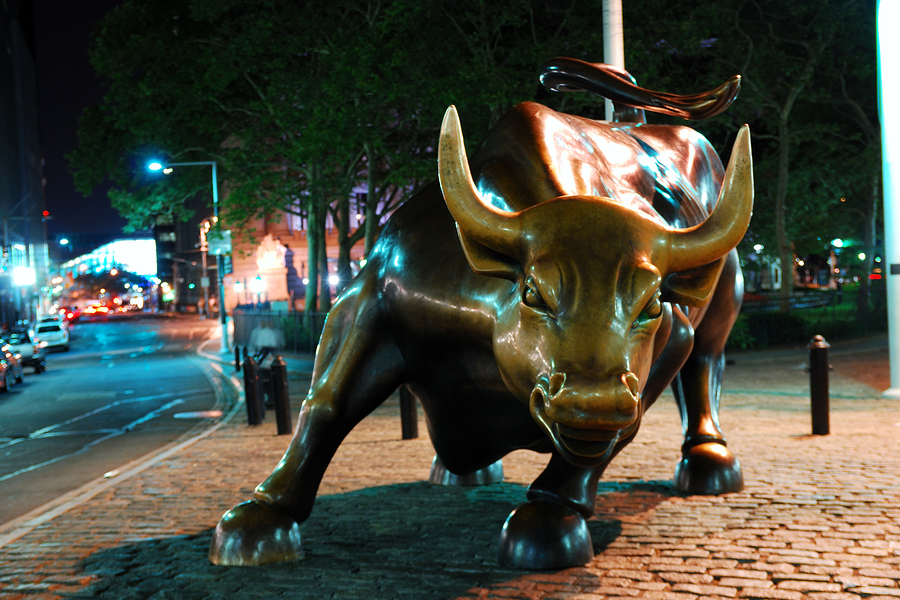 Wall Street's Charging Bull is a symbol of financial optimism and prosperity.

Investors and traders have written numerous books and articles claiming to have found the strategy to beat the stock market. Academic economists continue to remain sceptical, convinced that the stock market is efficient.

But a paper from 2002 in the American Economic Review examines an old piece of market wisdom that casts doubt on the efficiency of the stock market.

Ben Jacobsen of TIAS and Sven Bouman of Saemor Capital looked at the stock market returns of thirty-seven countries to determine if holding only stocks from October 31 until April 30 and only low-risk bonds the other half the year — the “Halloween” strategy — outperformed a “buy-and-hold” strategy that passively tracks the market.

They showed that average returns in thirty-six of the thirty-seven countries were higher in the winter months compared to the summer months from 1970 to 1998. Furthermore the stock returns in summer months tended to be negative or nearly zero, which were generally worse returns than low-risk bonds.

This summer slump in stocks led to the Halloween strategy beating the market on every stock exchange except in Hong Kong and South Africa. 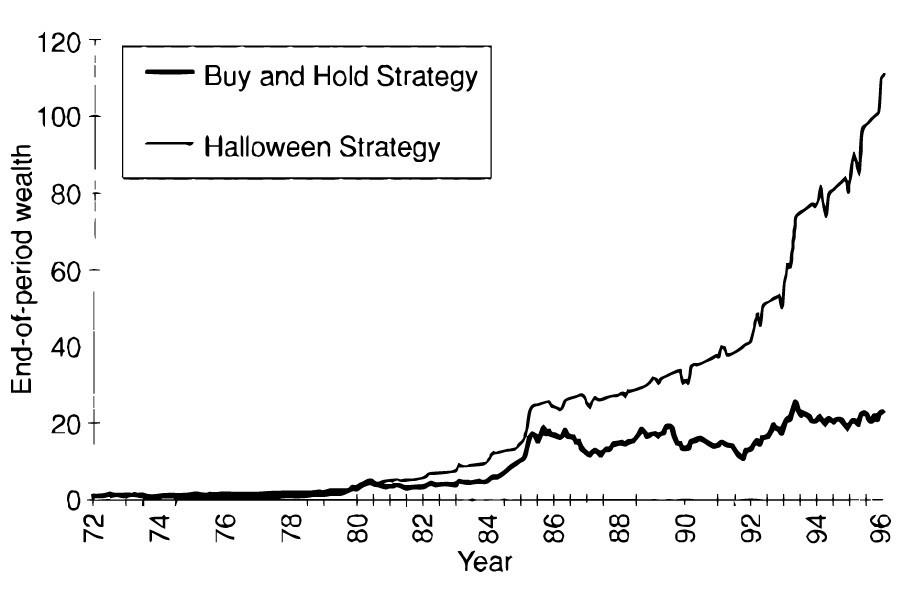 Most financial economists argue that anomalies like the Halloween effect must be driven by transaction costs and risks, or will disappear as soon as they are widely known, in order to be consistent with the efficient-market hypothesis. The authors considered a number of these explanations, but didn’t find any support in their data.

Jacobsen’s current research re-examines the Halloween effect and finds that it still exists up to 2017. Given the powerful arguments for market efficiency, it doesn’t look like there will be an easy resolution to this puzzle.

The Halloween Indicator, "Sell in May and Go Away": Another Puzzle