Born to be big 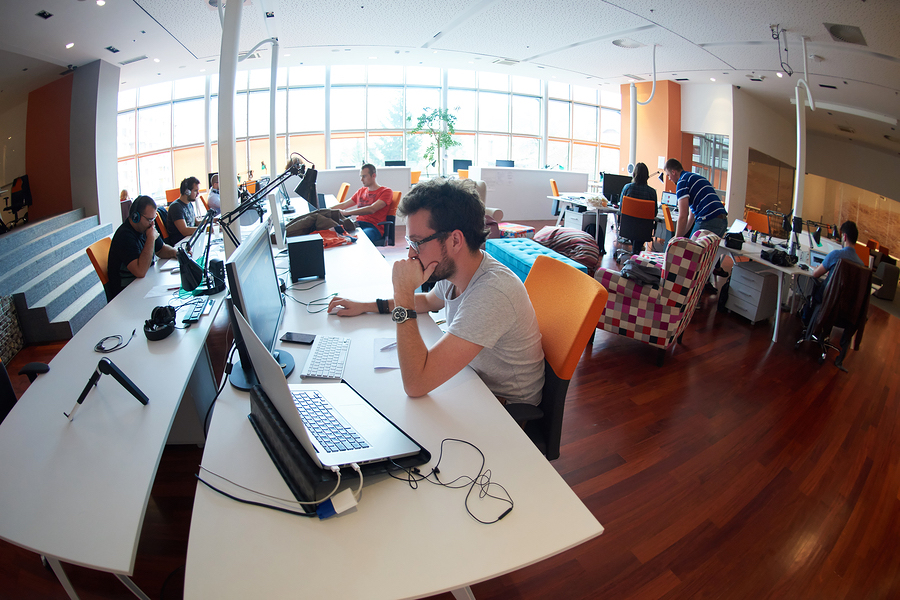 The aggregate conditions when a startup is launched can have lasting impacts on its growth potential.

Timing can be everything for a young company. It might have a great product, but if consumers aren’t ready for it — or if the startup gets beat to market by competitors — choosing the right moment to launch a business can be the difference between its success and failure.

But it’s not just hitting a market at the right time that matters. The health of the broader economy at that moment can have significant and lasting effects on the growth of a fledgling firm.

A paper that appears in the October issue of the American Economic Review says that firms that were launched during recessions not only got off to a slower start, but also added employees at a slower clip many years later. The findings by authors Vincent Sterk and Petr Sedláček offer important insights into how the decisions that startups make about when to launch influence aggregate job growth. 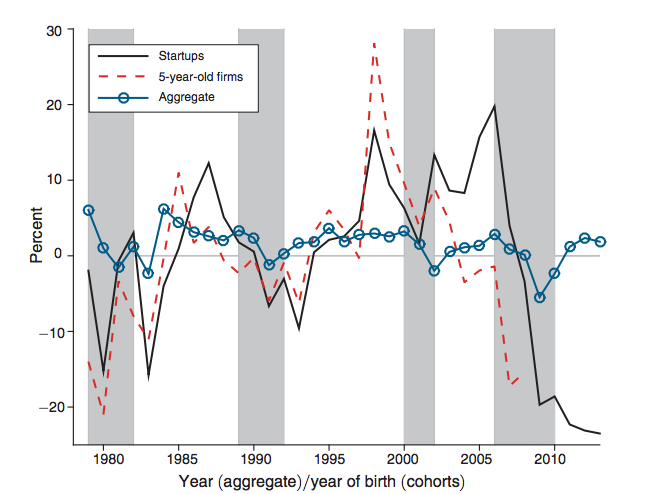 The chart above compares total employment levels for cohorts of startups, 5-year old firms, and the aggregate employment growth rate. (The time series for 5-year-old firms was shifted back to the year of their birth.) The shaded areas are periods in recession.

The authors found large firms tend to be launched during times of booming consumer demand, when it’s relatively easy for them to win customers. Even more, the companies that may start small but eventually become large firms tend to enter during times when the aggregate conditions are strong. Indeed, it is because companies with the greatest potential to be job creators do not launch during recessions that can create a persistent drag on aggregate employment in later years.

The Growth Potential of Startups over the Business Cycle

This paper shows that employment in cohorts of US firms is strongly influenced by aggregate conditions at the time of their entry. Employment fluctuat...