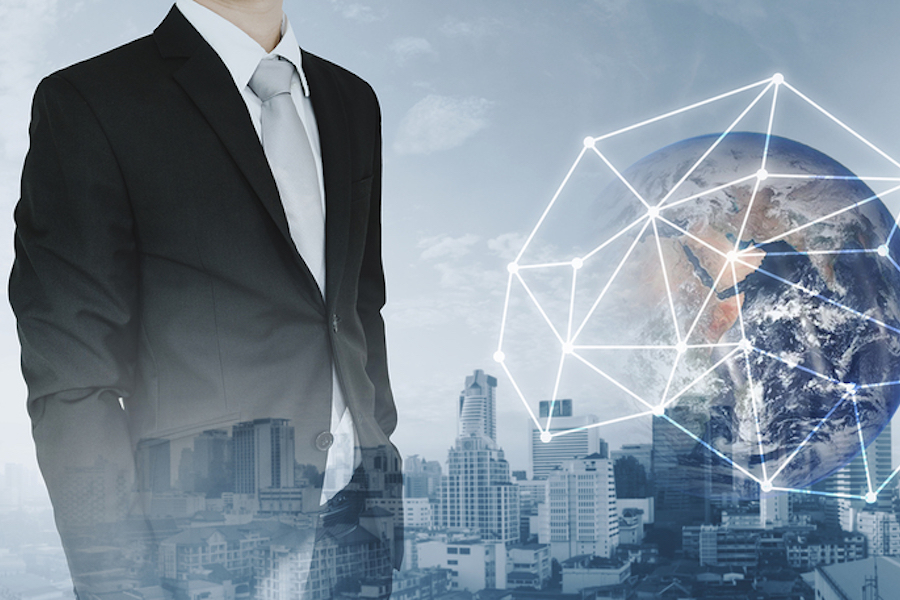 The recent backlash to globalization has stunned proponents of a borderless world, leading to much soul-searching and speculation about the reasons why. Some experts have blamed rising inequality.

Economists generally accept that global integration has contributed to income inequality and that there might be several potential channels that cause it.

In the February issue of the American Economic Review, authors Peter Egger, Sergey Nigai, and Nora Strecker study the role that labor income taxes have played on driving income disparities.

Vanishing trade barriers have hurt domestic manufacturing jobs by opening up local markets to cheap imports. Meanwhile, corporations can more easily move their capital across borders and high-skilled workers can relocate to lucrative opportunities. This greater mobility has limited opportunities to tax businesses and otherwise mobile tax bases, leading many countries—including the US—to lower taxes on profits and capital in order to attract investment. At the same time, globalization has led to lower tax burdens on super high-income earners in OECD. 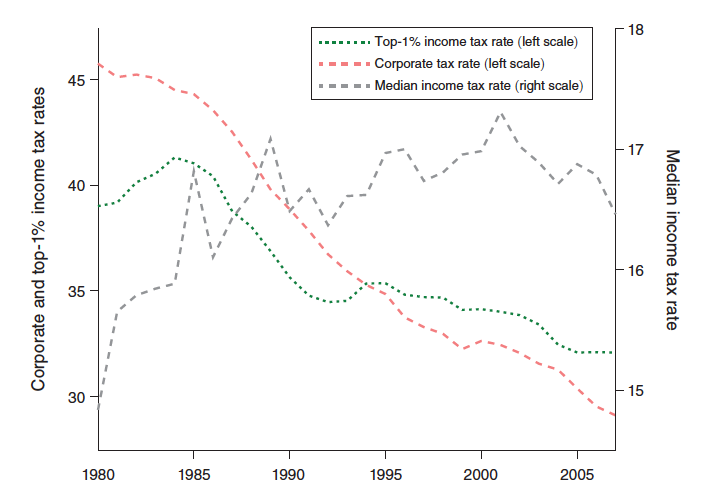 The figure above shows how taxes on corporate profits and labor income have evolved across the 65 largest economies between 1980 and 2007.

It shows how the tax burden on corporate profits and the top-1 percent of earners have declined, while taxes on median labor incomes have increased. The corporate tax rate, represented by the red dashed line, has plummeted and taxes on the wealthiest earners have  declined significantly. At the same time, the median income tax rate (gray dashes) has steadily risen since 1980.

The opposing trajectories could be related to differences in mobility.

While corporations could shift profits to low-tax environments and top earners would have the resources to move for tax reasons, workers with low to medium-high incomes are unlikely to have the same ability. The consequence is that governments have become more reliant on medium-income and working-class households to sustain and stabilize their tax base.

The Taxing Deed of Globalization

This paper examines the effects of globalization on the distribution of worker-specific labor taxes using a unique set of tax calculators. We find a d...