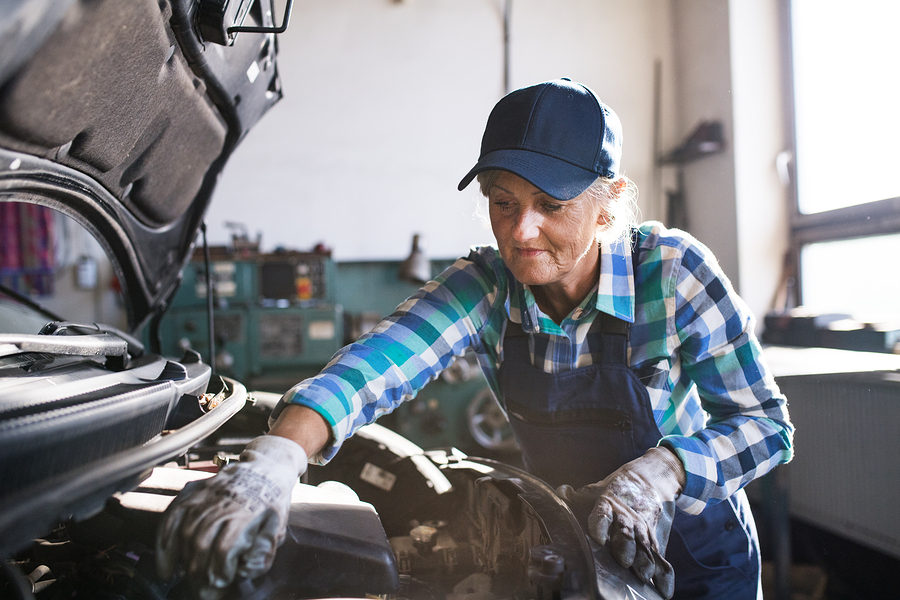 A woman works on an automobile.

Gender role norms are changing. Indeed, many kids today would be just as likely to associate traditionally male-dominated fields like science with women as with men.

But stereotypes are stubborn and beliefs about gender differences are still commonly held by many people, shaping their economic and social decisions.

A paper in the March issue of the American Economic Review explores the extent to which social stereotypes about differences between men and women affect their beliefs and performance.

Authors Pedro Bordalo, Katherine Coffman, Nicola Gennaioli, and Andrei Shleifer combine theory and experimental data to analyze the beliefs that individuals hold about themselves and others.

Participants in the experiment were asked to answer multiple-choice trivia questions in several categories, including the Kardashians, Disney movies, cooking, art and literature, business, cars, and sports, among others. They not only had to take the trivia quiz but also estimate how many correct answers they would get. 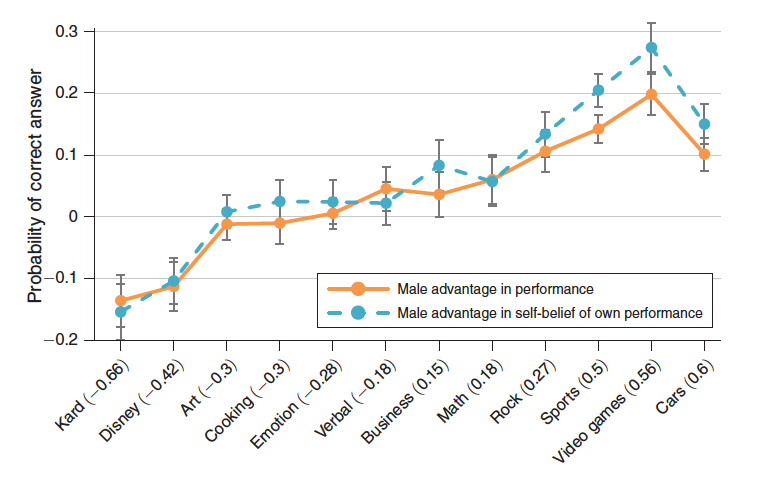 Women performed better on questions about the Kardashians and Disney movies, while men performed better in the categories of cars, video games, sports, rock and roll, math, business, and verbal. The gaps were insignificant on art, cooking, and emotion.

Using the model to isolate the role of stereotypes, the authors found that the more a category was associated with men, the wider the gender gap between perceived and actual performance. The effects were large: a 5 percentage point male advantage reduced beliefs of female ability by 2.4 percentage points. The effects were even stronger when gender was subtly highlighted to the subjects. This suggest that self-confidence may in part reflect stereotypes.

We conduct laboratory experiments that explore how gender stereotypes shape beliefs about ability of oneself and others in different categories of kno...