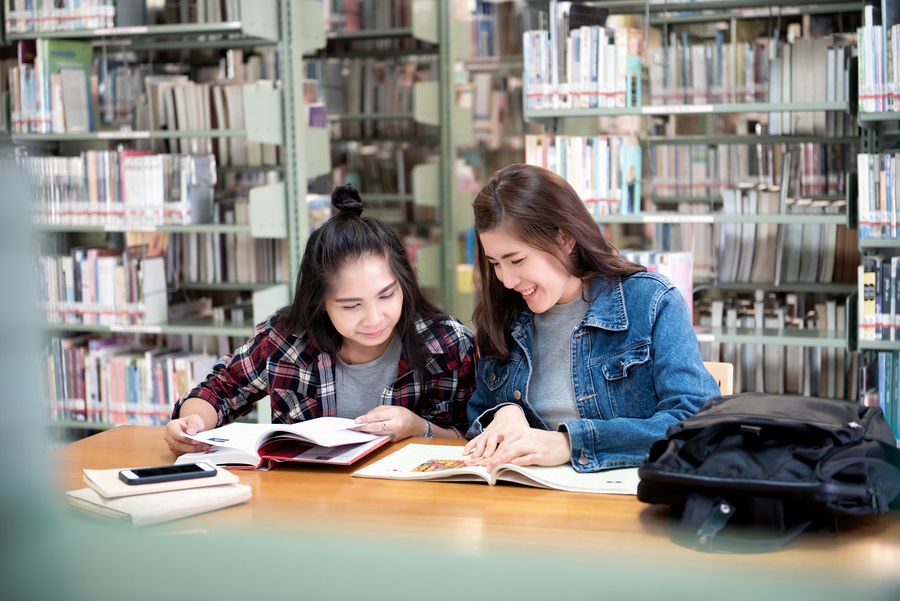 Cutbacks to state appropriations haven’t just made it more difficult for students to afford a college education—it has changed the composition of the student body on campus, according to a paper in the February issue of American Economic Journal: Economic Policy.

Authors John Bound, Breno Braga, Gaurav Khanna, and Sarah Turner say drops in state funding are correlated with gains in the number of international students at public schools. They estimate that a 10 percent drop in state appropriations between 1996-2012 led to an increase in foreign enrollment of 16 percent at public research universities. Meanwhile, the trend for private schools has gone in the opposite direction. 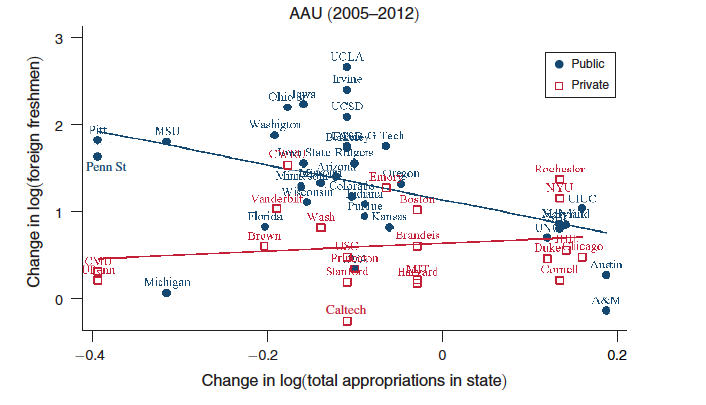 The figure above includes a sample of 60 research universities, charting the log change in foreign first-year students (vertical axis) and the log change in total state appropriations. The trend for public universities (represented by the blue best fit line) shows that steeper funding cuts are correlated with an increased share of entering international students. For private universities (in red), there is no association between the change in the representation of international students and cuts in state funding.

A Passage to America: University Funding and International Students

The number of international undergraduate students at US public research universities increased dramatically over the past two decades, alongside conc...