President of Ukraine Petro Poroshenko and the director of the International Monetary Fund Christine Lagarde meet in New York.

The COVID-19 pandemic is a stark reminder that countries are highly interconnected. From financial crises to civil wars, the problems within a nation don’t always stop at its border.

This interdependence is at the heart of why nations choose to intervene in their neighbors' affairs, according to a paper in the Journal of Economic Literature.

Authors Toke S. Aidt, Facundo Albornoz, and Esther Hauk take this insight, along with recent literature in political economics, and build a unifying framework for understanding how governments attempt to influence each other.

Figure 1 from their paper shows global trends in four forms of foreign influence for the period after World War II. 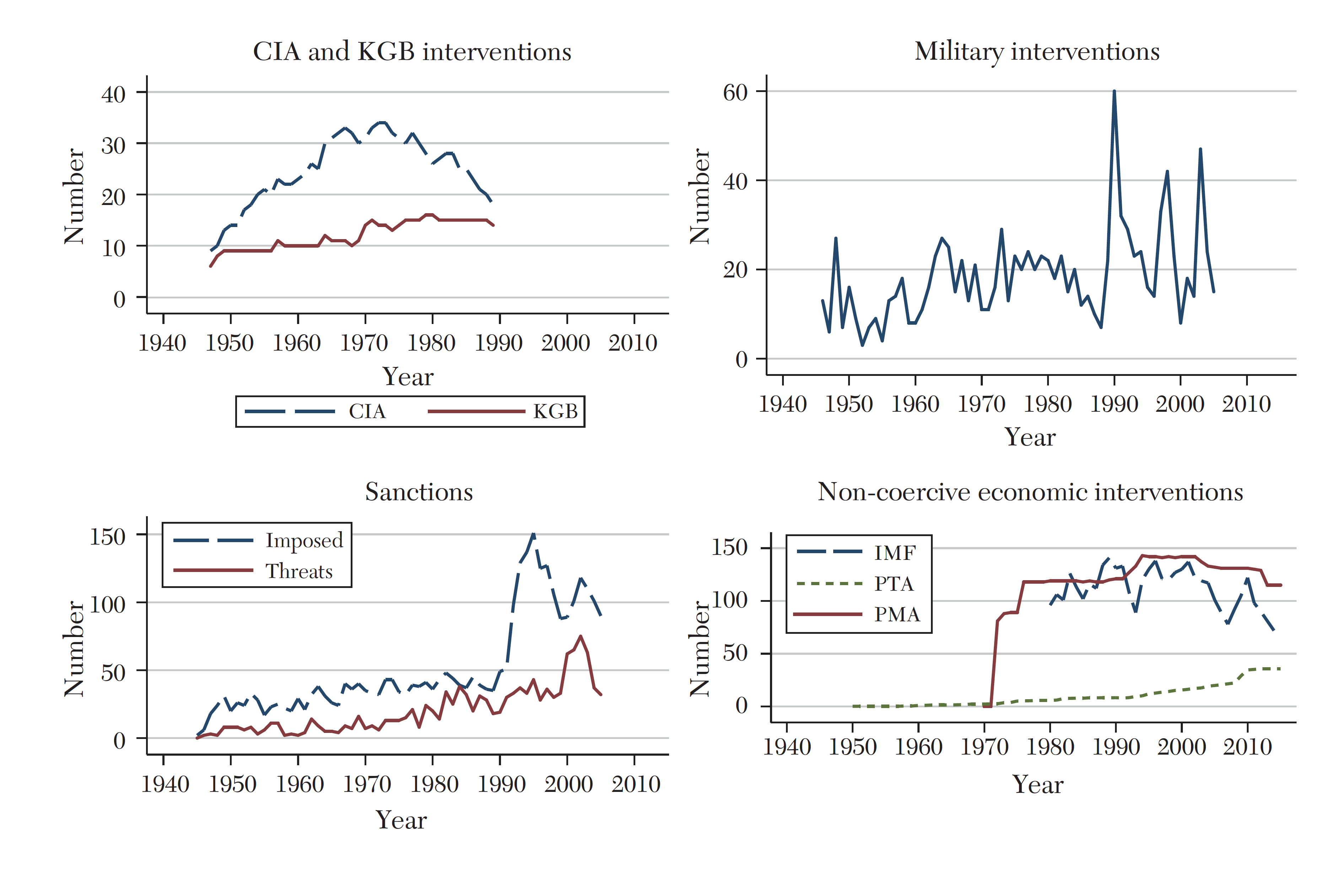 The coercive interventions tended to move together—sanctions and military interventions both spiked after the Cold War for instance—and were either negatively correlated or not correlated at all with the noncoercive economic interventions. This suggests that the different forms of foreign influence have their own internal logic.

The authors categorize these types of interventions, as well as others for which data isn’t available, and show that cost–benefit analysis is central to countries’ decisions to intervene. The findings suggest that scholars may need to look at the full range of tools of influence to understand governments’ intervention strategies.

“Foreign Influence and Domestic Policy” appears in the June 2021 issue of the Journal of Economic Literature.