A better understanding of food insecurity 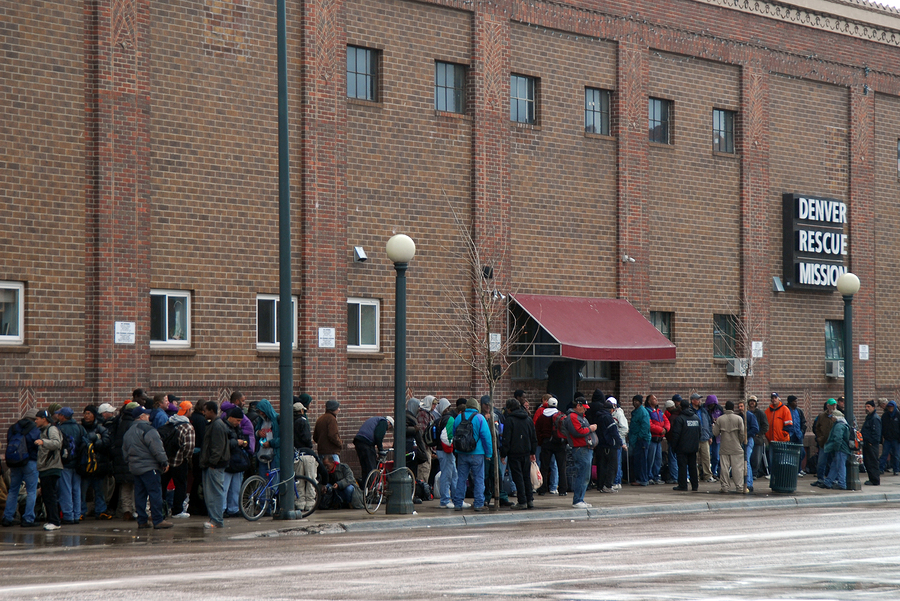 A line forms for a soup kitchen in Denver, Colo.

One in nine people struggle to access food for good nutrition. This “food insecurity” isn’t just a problem in developing countries. It’s a big issue in the United States, as well, especially for minority and immigrant households.

To address the issue, policymakers need to focus on more than just reducing the number of households that are considered food insecure. They need to consider the severity of the problem, as well, according to a new paper in AEA Papers and Proceedings.

Incidents of food scarcity are higher for immigrants than nonimmigrants, and for blacks and Hispanics compared to whites. However, the story isn’t so clear when it comes to comparing the severity of food insecurity among groups. 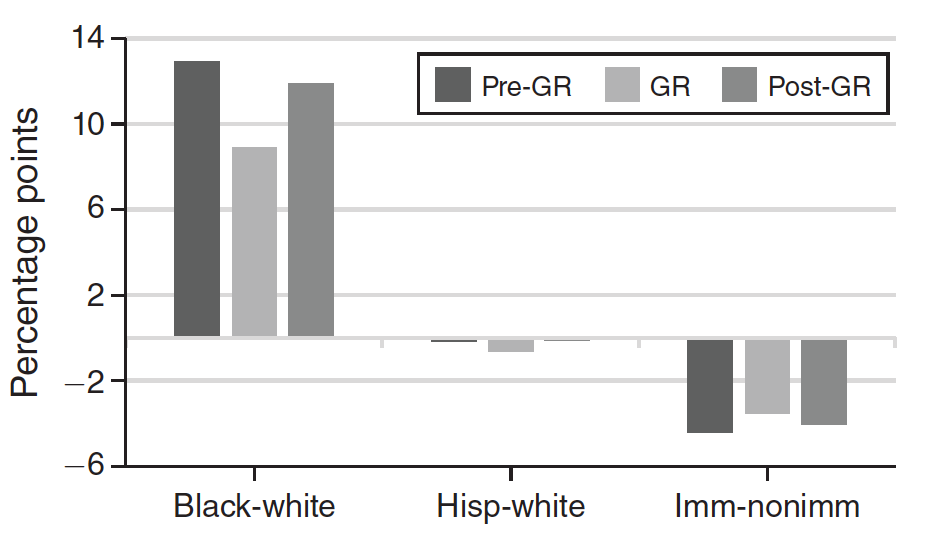 The figure above compares the (standardized) severity of food insecurity among various groups before, during, and after the Great Recession of 2008-2010.

The severity of food insecurity is lower for immigrants than non-immigrants, even though a greater share of immigrant households are considered food insecure.

Surprisingly, Hispanic households tended to be on par with whites on the severity measure even though they had a higher incidence of food insecurity.

Meanwhile, black households were more likely than whites to lack appropriate access to affordable healthy food and also experience a greater intensity of food insecurity. But the response to the Great Recession was different. The gap between blacks and whites in incidence shrank during the Great Recession and continued to fall as the economy recovered. The difference in severity dropping as well during the recession, but then shot back up again when the economy improved.

The results highlight the importance of looking beyond binary measures of food insecurity when crafting policy. Aiming to reduce the number of food insecure households alone ignores nuances in how people are actually experiencing the problem.

The Differential Incidence and Severity of Food Insecurity by Racial, Ethnic, and Immigrant Groups over the Great Recession in the United States

We document the differences in food insecurity incidence and severity by race/ethnicity and immigrant status over the Great Recession. We show that th...