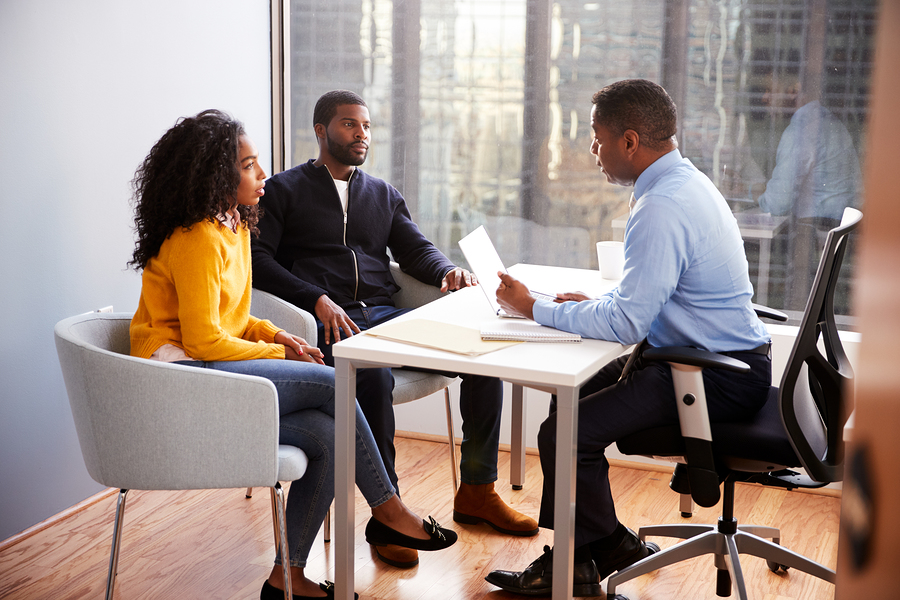 A couple meets with a financial advisor.

The financial crisis raised new questions about how Americans found themselves in debt traps. Certainly, there were predatory lenders misleading gullible borrowers about the financial obligations they were taking on. Some argued that, in addition to cracking down on the financial services industry, perhaps what was also needed was borrower education. 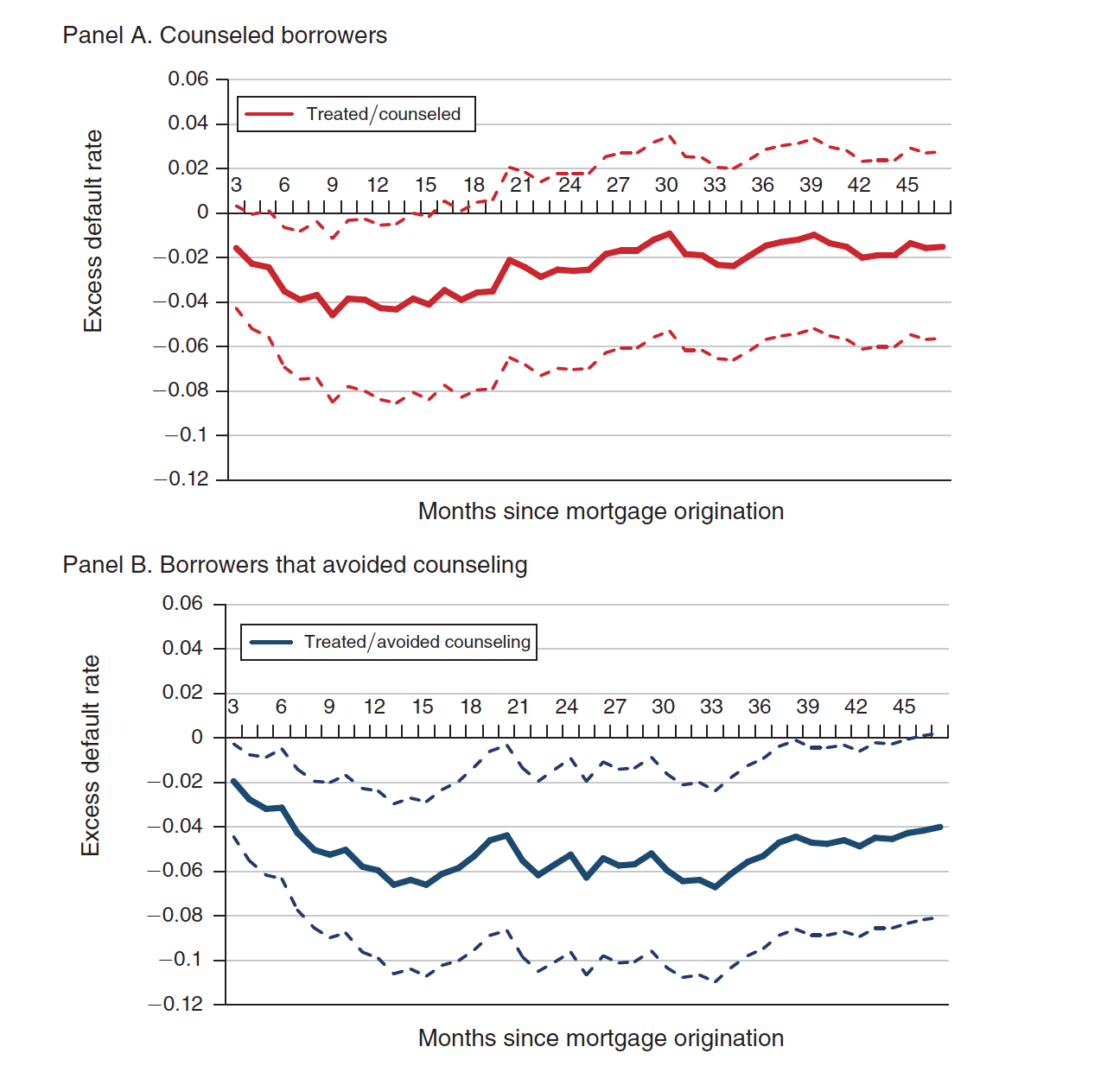 The figure above shows the impact on default rates for the two groups. Though default rates initially declined for both groups, the impacts were stronger for the group that avoided counseling. That group (panel B) simply chose less risky mortgages because doing so allowed them to avoid attending classes. Default rates for the counseled group (panel A) were lower for about a year and a half, but then ticked up again to have virtually no impact after 18 months. And there was no evidence that counseling drove low-FICO borrowers to make different choices. More knowledge didn’t change their appetite for risk.

The program had significant effects on the loan market and also behavior by lenders and borrowers. Lenders with looser guidelines left the market to avoid potential scrutiny. Also, borrowers seemed unable or unwilling to renegotiate mortgage offers following counseling sessions, which often were scheduled just a few days prior to closing.

Financial Education versus Costly Counseling: How to Dissuade Borrowers from Choosing Risky Mortgages?

This paper explores the effects of mandatory third-party review of mortgage contracts on consumer choice. The study is based on a legislative pilot ca...