You can make this stuff up 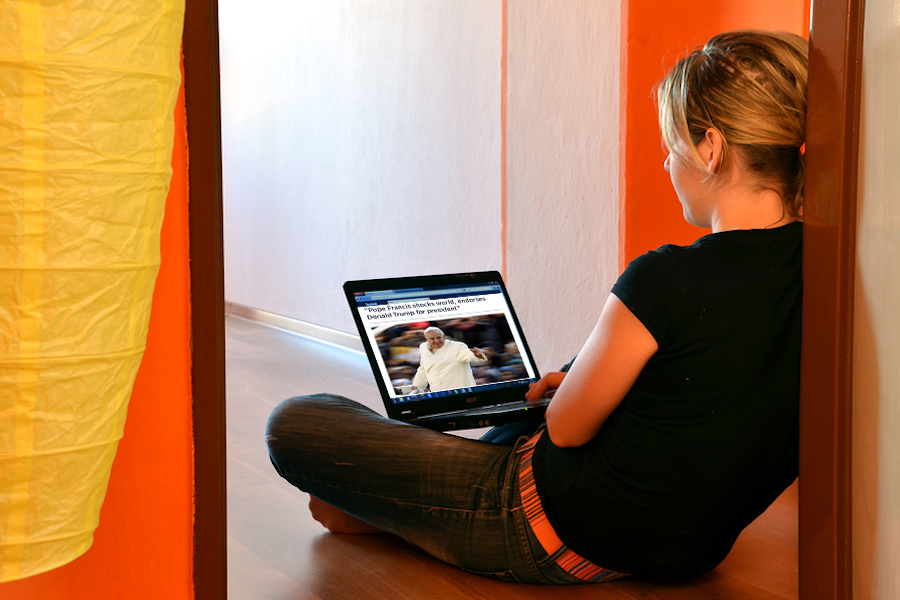 A false claim about Pope Francis endorsing Donald Trump was just one of hundreds of fake news stories about the 2016 presidential election that circulated on social media.

In April, the social media network Facebook relied on a much older form of mass communication to spread an important message.

The Silicon Valley behemoth published  full-page print newspaper ads in France that advised readers on how to evaluate news reports and separate truth from fiction.

The move, which was followed recently by a similar effort in Great Britain, came as France prepared for a contentious election and amid a groundswell of concern that Facebook had played a key role in spreading misinformation leading up to the U.S. presidential election last fall. Pundits speculated that “fake news” — made-up sensational stories crafted to look like legitimate reports in order to generate clicks online, and thus ad revenue for their creators  — had swayed enough voters to favor Donald Trump that it helped him win the White House. One prominent fake news content creator  even took responsibility for Trump’s victory.

In an article that appears in the Spring issue of the Journal of Economic Perspectives, researchers Hunt Allcott and Matthew Gentzkow examined the role that fake news played in shaping voter opinion leading up to last year’s election. And while they weren’t prepared to say that it led to Trump’s victory, they did find that more fake news stories tended to favor Trump. 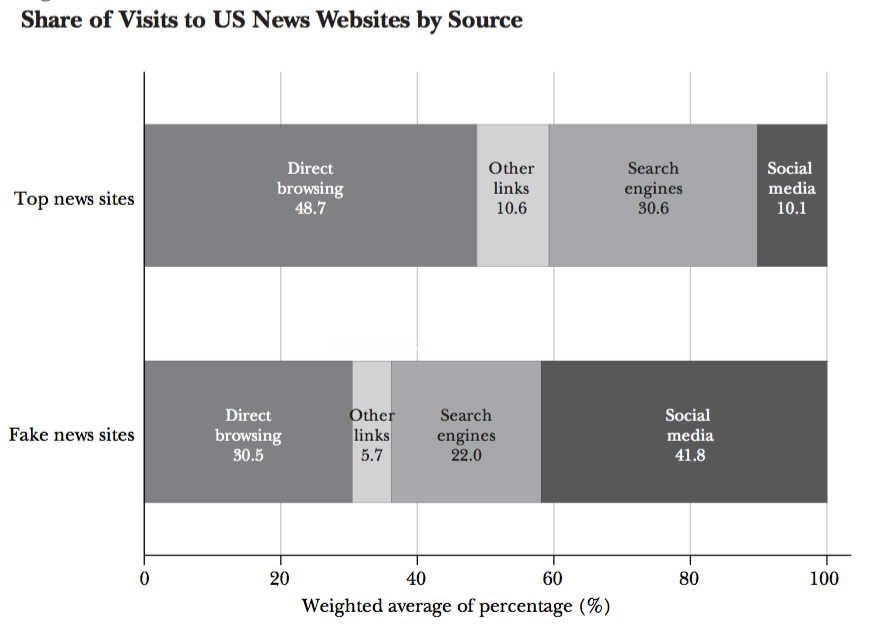 They constructed a database of 156 election-related news stories that were proven false by leading fact-checking websites in the three months before the election. Of those, 115 were pro-Trump and shared on Facebook a total of 30 million times, compared to 41 pro-Hillary Clinton fake stories that were shared 7.6 million times.

The chart in Figure 3 shows the share of web traffic that comes from different sources for the top 690 US news websites and for 65 fake news websites. Social media is by far the single largest referral source for fake news sites, accounting for nearly 42 percent of traffic to those sites. The chart is based on data from Alexa.

Social Media and Fake News in the 2016 Election

Following the 2016 US presidential election, many have expressed concern about the effects of false stories ("fake news"), circulated largely through ...