The threat of ethnic politics 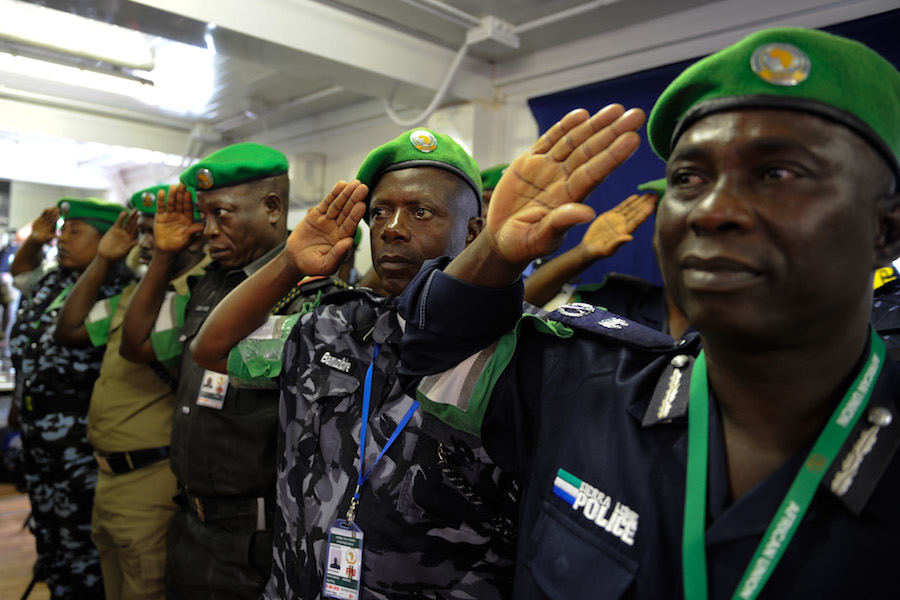 AMISOM Police Officers salute to the guests during a medal award ceremony for the Kenyan Formed Police Unit in December 2014.

When then-US President Barack Obama visited Kenya in 2015, he issued a warning about a threat coming from within the African nation itself.

Ethnic politics may be a failure of imagination, but tribalism among government employees can also have very real-world impacts on public safety, according to a paper in the August issue of American Economic Journal: Economic Policy.

Authors Oliver Vanden Eynde, Patrick Kuhn, and Alexander Moradi examined the personnel records of 6,784 Kenyan police officers to track their on-the-job offenses over the course of their career. These include incidents of absenteeism, untidiness, drunkenness, disobedience, and violence. 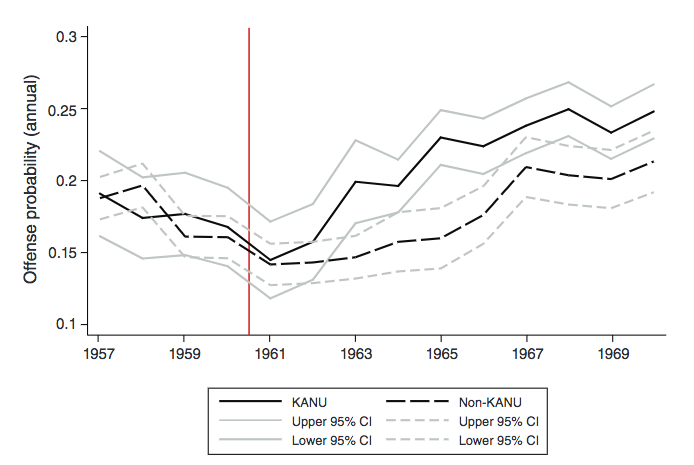 The figure above shows that police officers were more likely to commit offenses following the first multiparty elections in 1961, which sparked the rise of ethnic politics in Kenya. Officers from ethnic groups that were represented by the dominant Kenya African National Union, or KANU, behaved the worst.

The authors say that the increase in misbehavior was due to a change in the behavior of existing policemen rather than new more unruly officers being hired after the elections.

How does ethnic politics affect the state's ability to provide policing services? Using a panel of administrative personnel data on the full careers o...