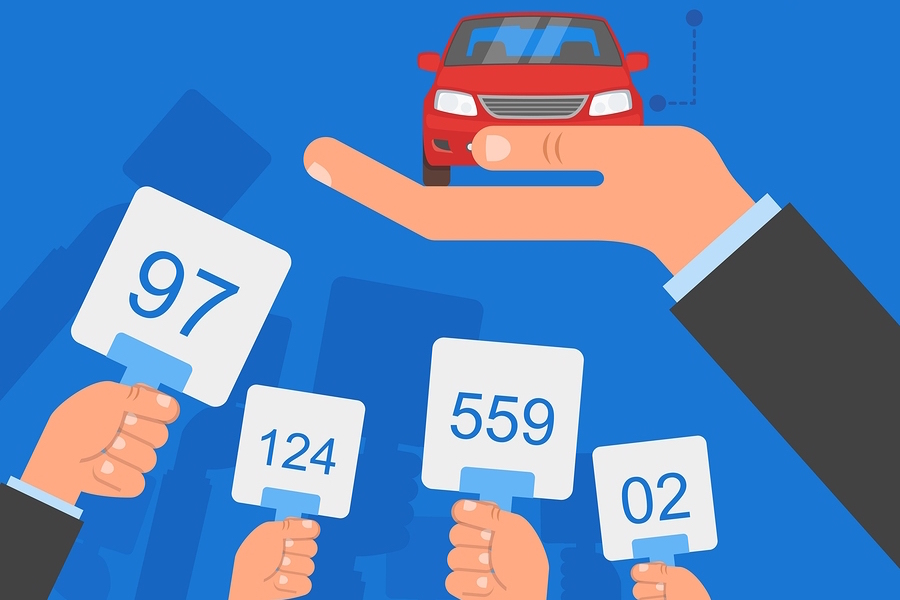 Economists have spent the past few decades using the tools of game theory to get a good handle on auctions and how they can be affected by subtle changes in design. They can answer questions like whether a Dutch auction process can generate more revenue than an English auction, or how revealing or concealing certain information will affect bidder interest.

Many auctions are automated and nearly instantaneous, especially in the world of online advertising, a setting where abstract theoretical models of auctions can be a very good approximation of the real world. But live auctions with human auctioneers that call out prices still account for billions in sales each year. Skilled auction callers can use subtle techniques to squeeze more money out of bidders, and economic models still mostly don’t account for their influence. 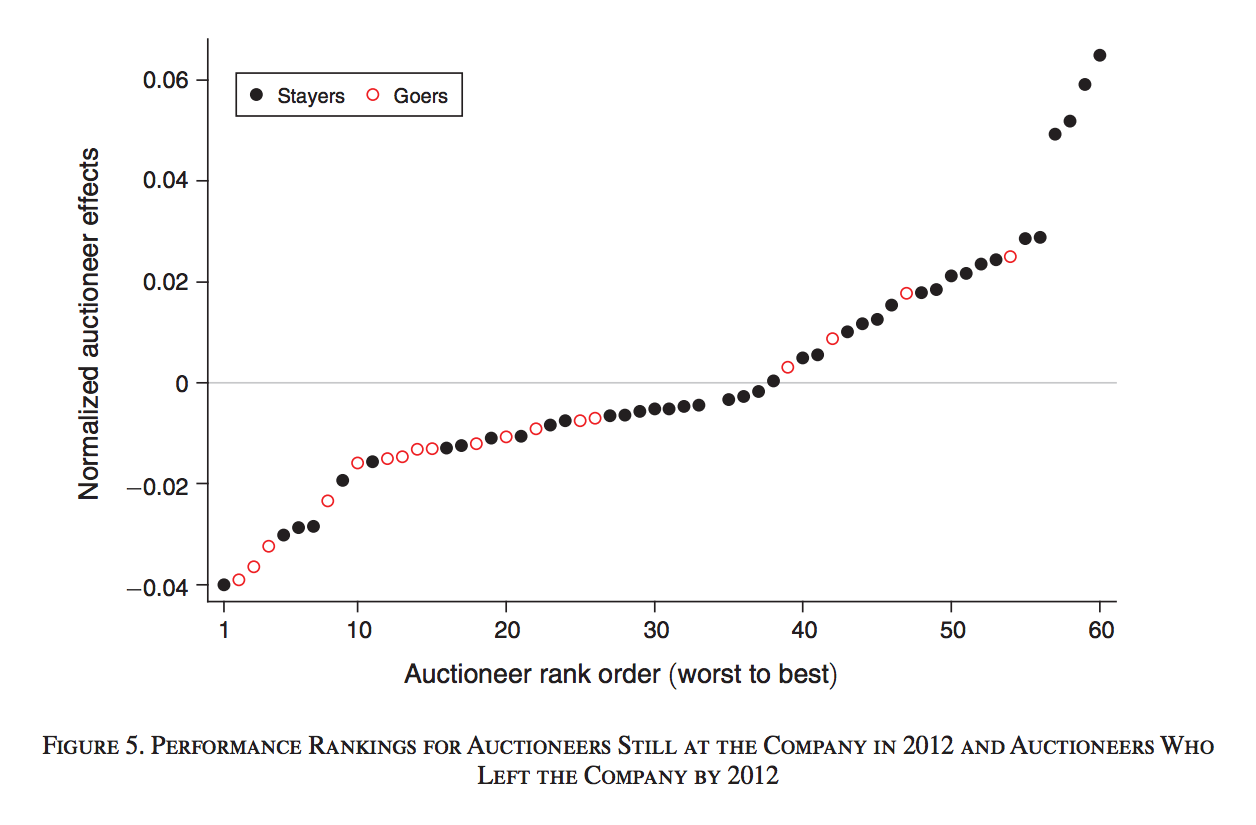 In a study appearing in the November issue of the American Economic Journal: Microeconomics, the authors analyze data from 850,000 auctions conducted by 60 auctioneers at a major used car wholesale auction house. They find evidence of real differences in skill levels: the best auctioneers in the sample earned as much as $25,000 more for the auction house than the worst auctioneers over the course of a year, apparently by speeding up the pace of their auctions and playing on bidders’ sense of urgency.

The figure above shows the author estimates of the relative talent of each of the 60 auctioneers. Each circle represents one auctioneer, ranked by their relative likelihood of being able to sell a particular car on the lot compared to the average auctioneer.

Open circles indicate auctioneers who left the company between 2008 and 2012, during which time the auction house was downsizing and laying off employees. The fact that the employees at the bottom of the pool were more likely to have left is a vote of confidence in the authors’ methodology. Even if economists have been slow to pick up on the importance of having good auctioneers, this auction house seems to understand it well.

Bid Takers or Market Makers? The Effect of Auctioneers on Auction Outcome

Auction design has been studied extensively; however, within a given design, does the process of how an auction is conducted matter as well? We addres...