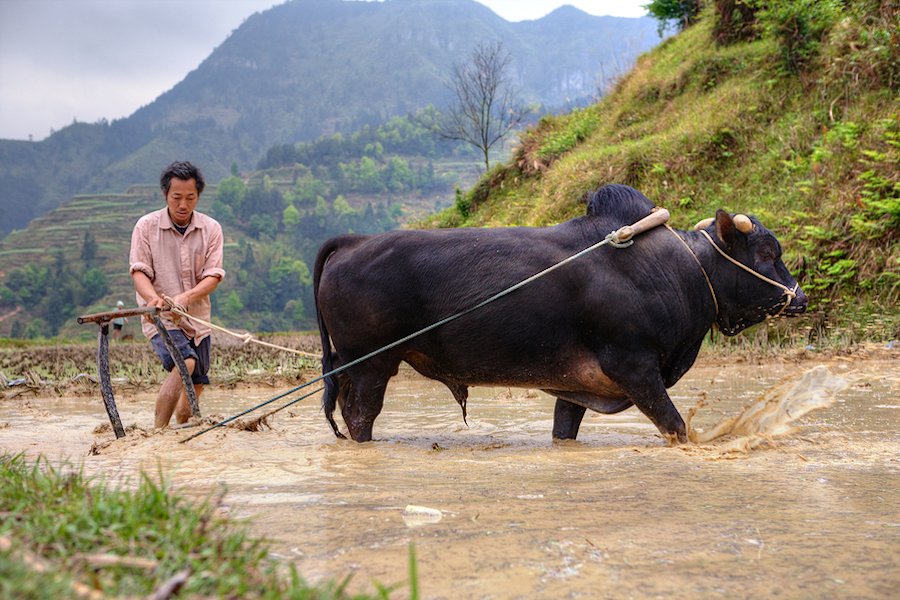 A Chinese farmer works in a field with an ox pulling a plow.

China’s collectivization movement in the 1950s had profound and radical consequences for its 550 million peasants.

Yet, people who had to turn over their private property to the collective weren’t the only ones who sacrificed. Millions of draft animals gave their lives for the cause, according to a paper that appears in the October issue of the American Economic Journal: Applied Economics.

Peasants were forced to turn over their land and sell their draft animals to the collective. Unwilling to accept the low prices they were offered, many peasants chose to slaughter their animals and keep the meat and hide. Authors Shuo Chen and Xiaohuan Lan estimate that collectivization resulted in the deaths of 7.4 to 9.5 million draft animals, or a loss of 12-15 percent. 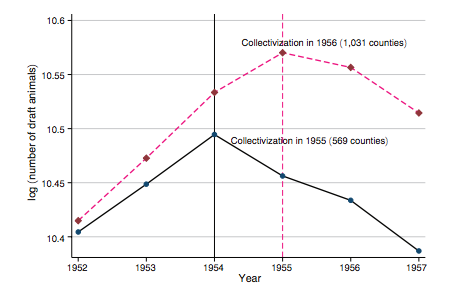 Chen and Lan compared counties that started to collectivize in 1955 to others that started only a year later. The chart above shows their results. The former, represented by the black line, had immediate losses when the program began in 1955, while the effects were delayed for the areas that began collectivization a year later.

The paper offers a stark example of the power of incentives, and how removing private rights can inadvertently lead to less efficient use of resources.

There Will Be Killing: Collectivization and Death of Draft Animals

The elimination of private property rights can lead to inefficient use of productive assets. In China's collectivization movement from 1955 to 1957, i...