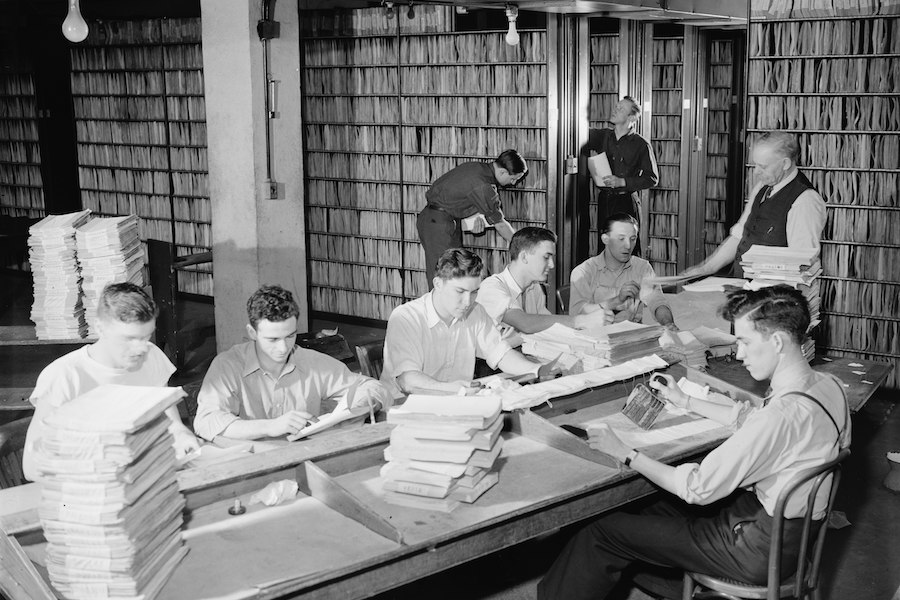 Patents are designed to reward the efforts of innovators by giving them exclusive rights to their discoveries for a period of time. In return, patent holders must provide detailed documentation to allow others to learn from and build on inventions and limit duplication of effort.

However, some scholars have cast doubt on the extent to which patent disclosures actually spur more innovation. In a paper in the American Economic Journal: Economic Policy, authors Jeffrey L. Furman, Markus Nagler, and Martin Watzinger help answer this important question by analyzing the expansion of the US Patent Office’s library system to estimate how much follow-on patenting results from disclosures.

From 1975 to 1997, the US Patent Office greatly expanded its regional patent libraries, which provided the only access to full-range technical information outside of their headquarters in Washington, DC.

The authors postulated that if disclosures matter, then regions near a new patent library should have seen more patents granted after an opening compared to regions that didn’t have a patent library. As a comparison, they chose areas with federal depository libraries, which do not receive patent documentation.

Figure 4 from their paper shows this comparison.

Using difference-in-differences, the authors estimate that the average number of patents within 15 miles of newly opened patent libraries increased between 8 and 20 percent relative to similar regions. Moreover, the concepts used in these new patents were available in prior patents, but they were not used around the newly founded libraries before openings.

The result provides evidence that patent disclosures offer significant benefits to innovators and highlights the importance of ensuring that detailed patent documentation is widely accessible.

“Disclosure and Subsequent Innovation: Evidence from the Patent Depository Library Program” appears in the November 2021 issue of the American Economic Journal: Economic Policy.