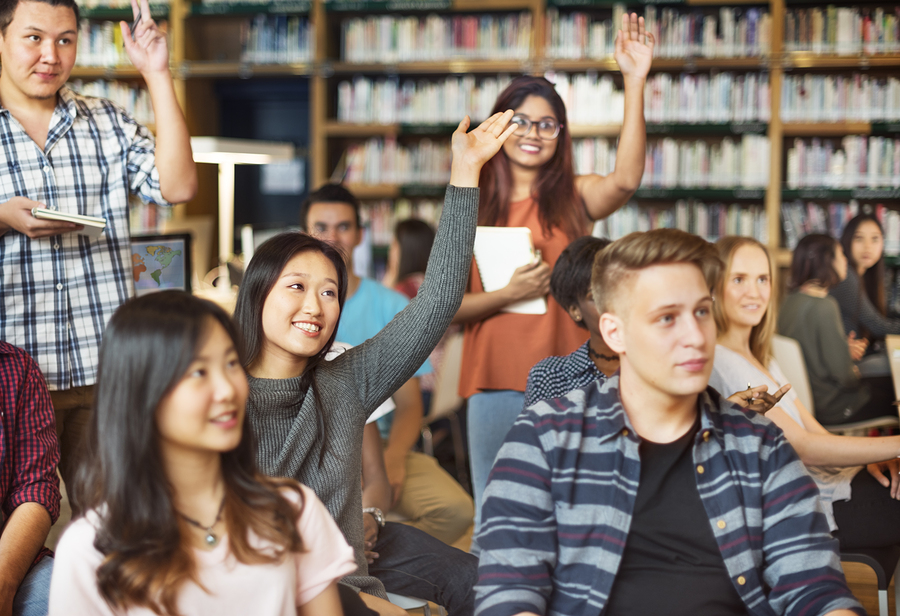 An increasing share of jobs require a college degree even as the costs of postsecondary education have increased substantially.

Hoping to avoid going into debt for a costly four-year education, many students have turned to less expensive community colleges. And yet, the rate of degree attainment at 2-year schools remains low.

In 2007, the City University of New York launched a program to boost graduation rates at community colleges, and the evidence so far is that it is working, according to a paper in the July issue of the American Economic Journal: Applied Economics. Authors Michael J. Weiss, Alyssa Ratledge, Colleen Sommo, and Himani Gupta found that the three-year “Accelerated Study in Associate Programs” initiative boosted graduation rates and helped students to finish more quickly.

The program required students to enroll full-time and take any necessary remedial classes to ensure they mastered basic skills. They were provided a dedicated adviser, and also some financial help, among other supports. The explicit goal was to get more students to graduate and to graduate faster. 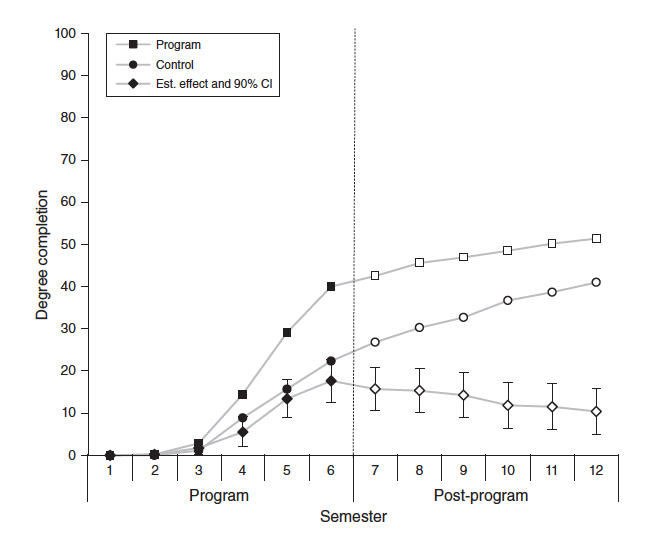 The figure above shows that by the sixth semester (or third year), students in the program graduated at a rate of nearly 40 percent compared to the 22 percent rate among control group members — an estimated effect of 18 percentage points.

Following the ASAP program’s completion (marked by the vertical line), the gap in graduation rates between program participants and the control group did close somewhat. After six years, the estimated effect on earning a degree was 10 percentage points.

The narrowing gap after the program ends implies that part of the 18 percentage point effect was the result of speeding up the timeline for students who would have graduated anyway. Students who otherwise would have taken five or six years to get their degree were able to graduate in two or three years.

The remaining 10 percentage point impact on six-year graduation rates likely reflects a combination of some students who would have taken longer to graduate and those who would not have graduated at all.