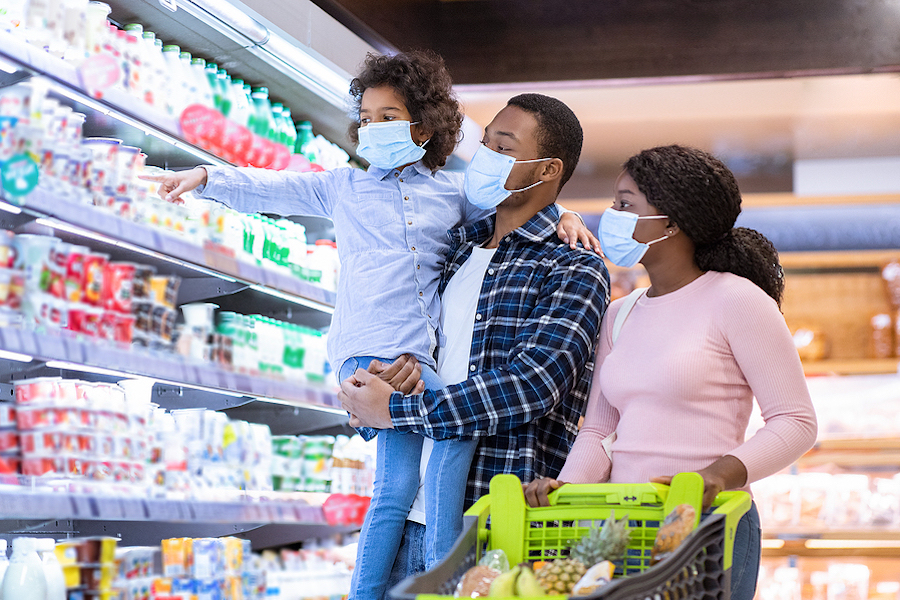 Early in the COVID-19 pandemic, there was a sense that everyone was equally vulnerable. Anyone could catch the deadly virus. Nevertheless, it has disproportionately affected less advantaged groups.

In a paper in the Journal of Economic Perspectives, authors Marcella Alsan, Amitabh Chandra, and Kosali Simon document the initial health effects of COVID-19 in the United States and discuss the challenges of assessing its mortality toll.

One measurement they analyzed was a calculation of “excess deaths,” or the difference between deaths observed in a particular time period and the deaths expected based on prior trends.

Panel B of Figure 4 from the authors’ paper compares the excess mortality rates in 2020 of minorities to non-Hispanic Whites grouped by age range.

The chart reveals that Black and Hispanic groups suffered from higher rates of death than White and Asian Americans in every age group.

By comparison, non-Hispanic Whites and Asians experienced increases in mortality of 1.29 and 0.58 deaths per 1,000 population, respectively, which are both increases of less than 15 percent relative to trend.

The panel also shows that the Black–White and Hispanic–White ratios are higher at younger ages compared to older groups.

According to the researchers, alternative concepts, such as “years of potential life lost,” may do a better job at capturing the true costs of the pandemic for disadvantaged groups.

“The Great Unequalizer: Initial Health Effects of COVID-19 in the United States” appears in the Summer 2021 issue of the Journal of Economic Perspectives.