The enduring effect of communism 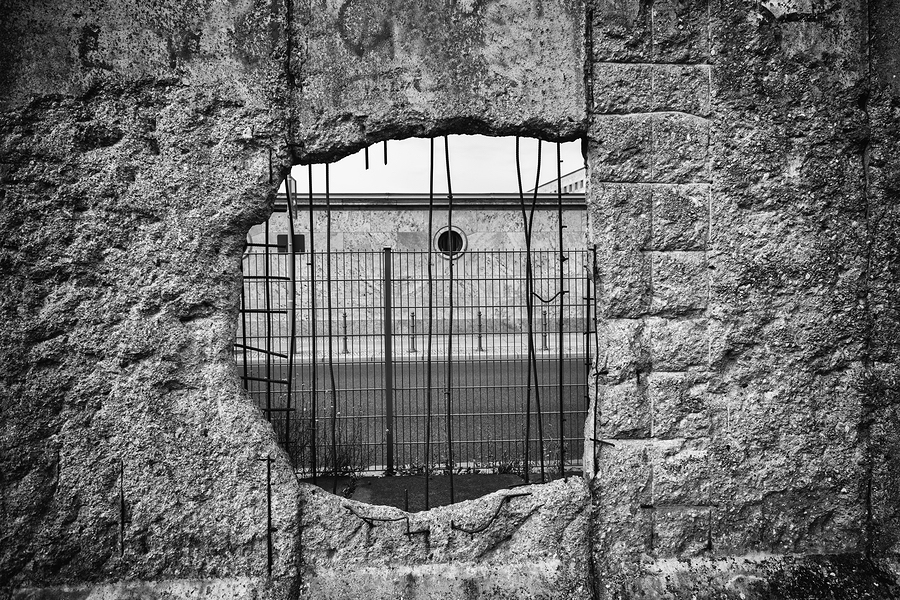 Remains of the Berlin Wall still stand as a memorial to Germany's 40 years of division.

The separation drew the line between capitalism and communism—making the country a testing ground for the two ideologies. By 1989, though, the Western economy had clearly outpaced its Eastern counterpart.

As the Berlin Wall was falling, many people believed that the four-decade “experiment” proved the superiority of free markets over planned economies, and as a result of reunification, Eastern Germany would catch up with the rest of the country.

But that prediction appears to have been optimistic, according to a paper in the Journal of Economic Perspectives.

Authors Sascha Becker, Lukas Mergele, and Ludger Woessmann argued that East Germany’s unique history before, during, and after World War II makes straightforward inferences about the effect of communism difficult. They outlined the most important factors that make Germany’s period of division a less than ideal natural experiment for economists.

Figure 1 from the authors’ paper gives a glimpse of the different trajectories that the two German regions took. 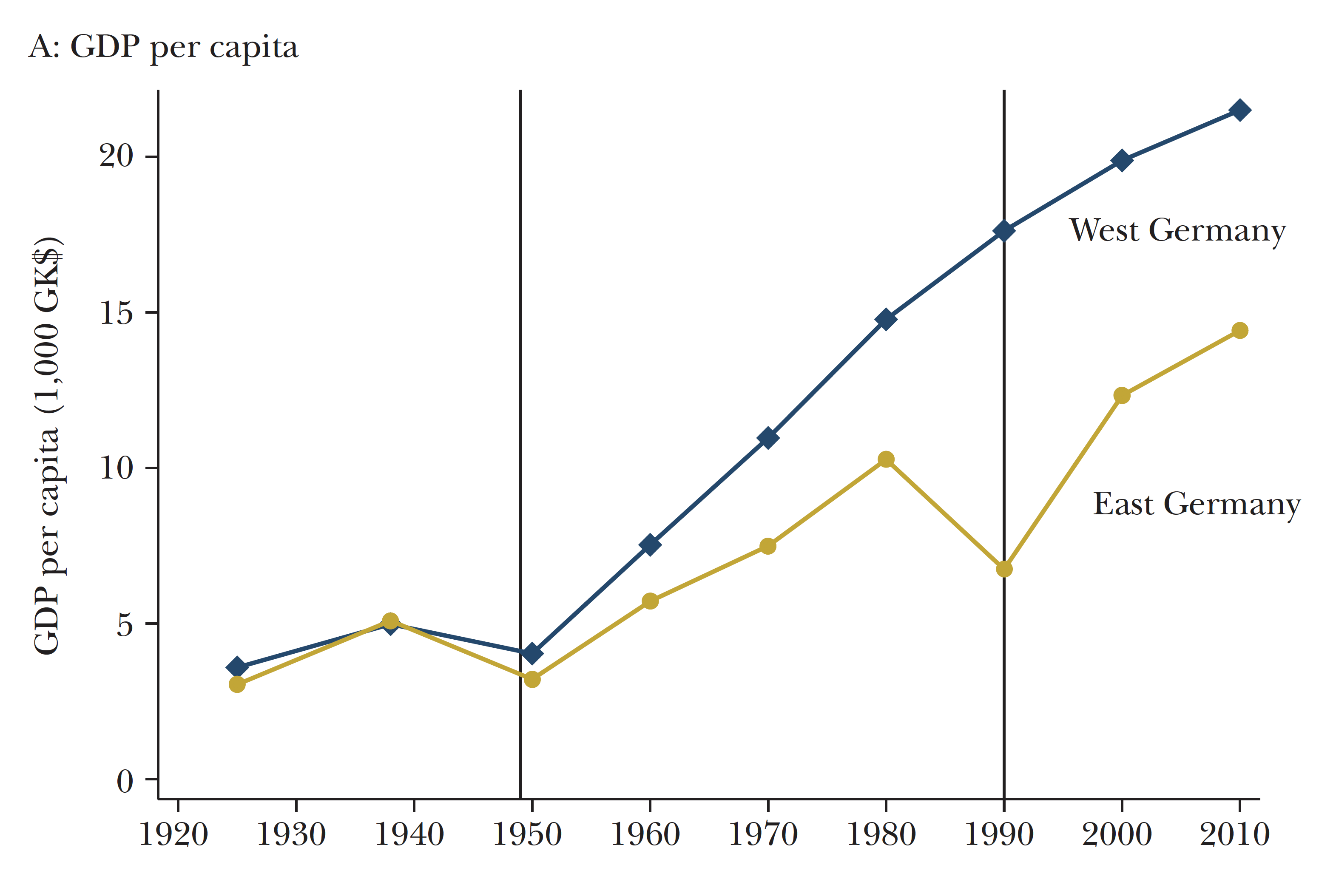 The chart shows the GDP per capita of East Germany (yellow) and West Germany (blue). The researchers warned that the numbers from East Germany may be misreported, as they are not based on market prices.

Nevertheless, the two regions diverged significantly after 1950, and the communist side never fully recovered. The quick rebound that the East experienced immediately after reunification made up for little more than what it suffered during the turmoil around 1990.

The authors argued that the divergence was likely affected by several pre-existing conditions.

Notably, the Soviets dismantled East Germany’s industrial base during occupation and didn’t support rebuilding efforts like the Allies did in the West.

Even before the war, the East was significantly more working class, protestant, and politically left-wing.

Finally, the East lost some of its most skilled and educated citizens, as they fled oppressive communist rule. Eastern Germany may not have been able to recover that loss just by changing political systems.

The authors explored how each of these factors, and several others, may alter estimates of the impact of communism on East Germany.

The Separation and Reunification of Germany: Rethinking a Natural Experiment Interpretation of the Enduring Effects of Communism

German separation in 1949 into a communist East and a capitalist West and their reunification in 1990 are commonly described as a natural experiment t...