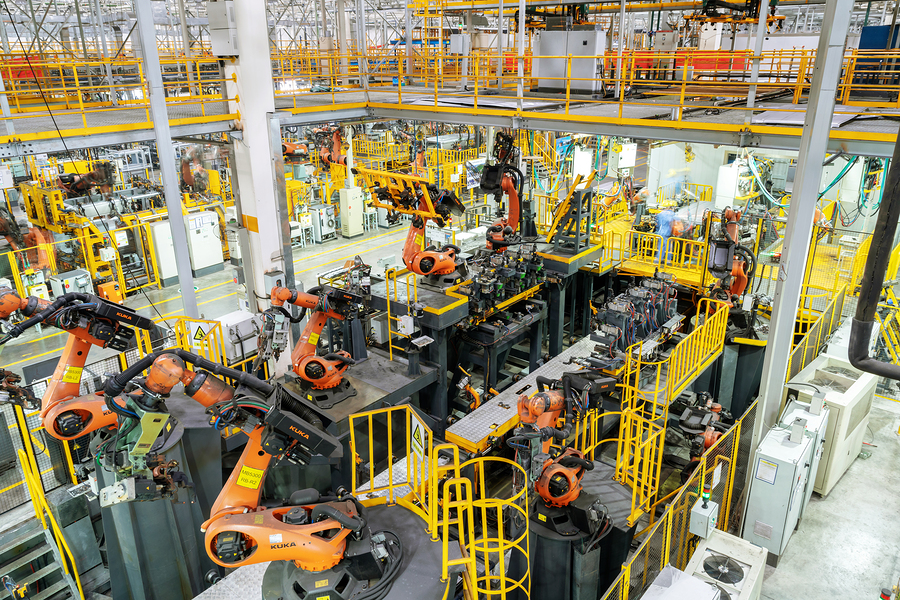 In the spring issue of the Journal of Economic Perspectives, authors Hong Cheng, Ruixue Jia, Dandan Li, and Hongbin Li dig into China’s rise to the forefront of industrial robotics. They collected some of the world’s first firm-level data on China’s investment in robot usage in new survey they developed, called the China Employer-Employee Survey. Among other findings, they say that unlike in the US, government policymakers and workers are both welcoming the change rather than wringing their hands about potential displacement of blue collar labor. 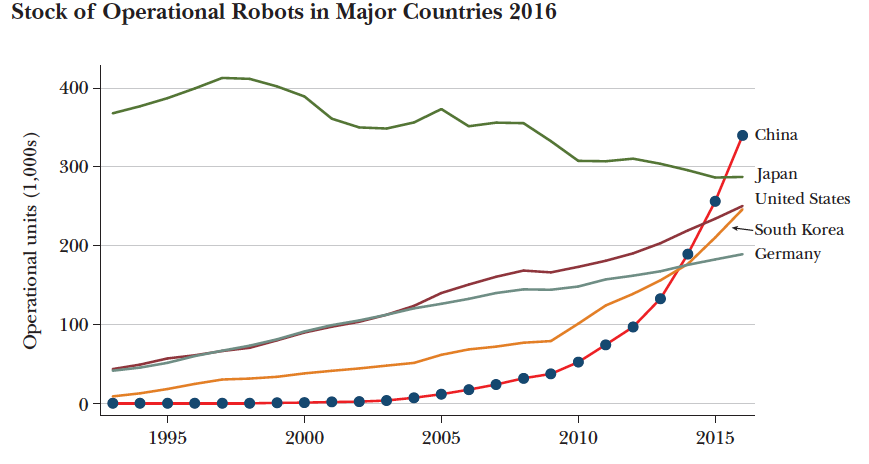 Figure 1 from their paper charts the dramatic ascendency of robots in China. It shows the top five robot markets in the world—China, Japan, the United States, South Korea, and Germany—which accounted for 72 percent of the world’s operational robot units in 2016. Once a dominant market for robotics in the late 1990s, Japan is the only one of the five to experience declining stock. Meanwhile, China has surged in the past decade and hit 339,970 operational units in 2016, accounting for 19 percent of the total worldwide.

Similar to the other top markets, in China the leading users of robots were the automotive and electronics industries. They were followed by metal, plastic and chemical, and the food and beverage industries. But there is wide variation across firms within the same industry. The authors said that companies' decisions to invest in robots are shaped by two underlying forces. The first is the declining growth of working-age population and rising wages, something many economies are dealing with. The second, which may be specific to China, is the government industrial policies driven by the imperative to lead a new wave of Industrial Revolution.

The Rise of Robots in China