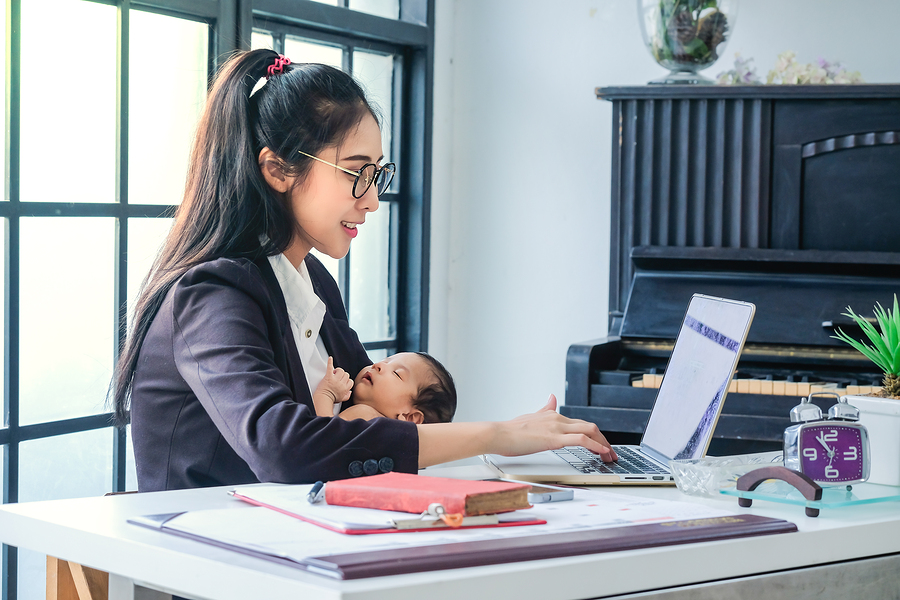 Having a child leads to much larger negative effects on a woman's career than a man's.

Career parity between men and women remains a distant goal in most economies, leading researchers to wonder why decades of anti-discrimination policies have been unable to erase the gender wage gap.

A paper in the October issue of the American Economic Journal: Applied Economics proposes a simple answer: kids.

Authors Henrik Kleven, Camille Landais, and Jakob Egholt Søgaard examined labor data from Denmark to compare how the birth of a child affected the careers of men and women differently. The effects were substantial and lasted for many years, creating a long-run earnings gap of around 20 percent. But this “child penalty” isn’t just about a smaller paycheck—it influences where new mothers choose to work and diminishes promotion opportunities. 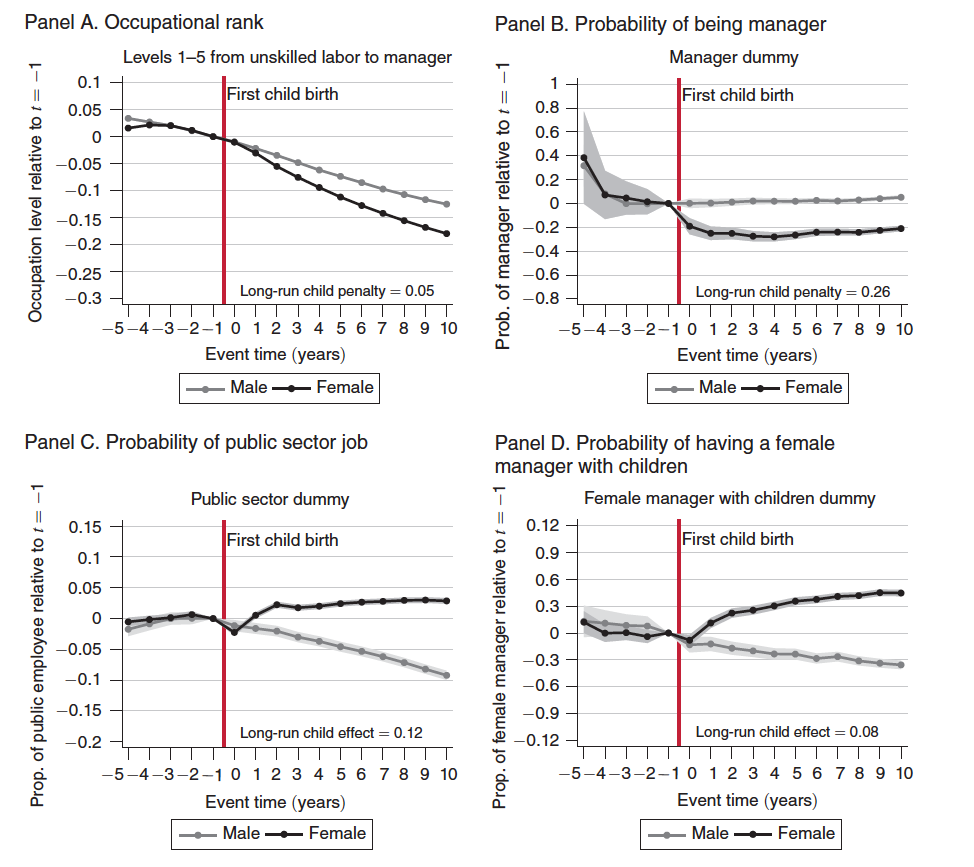 The figure above from their paper shows the impact that children have on the employment prospects for men and women over the long run. In each case, women are penalized more than men. Panel A looks at occupational rank—basically, how the birth of a child affects prospects for obtaining higher skilled jobs. Men and women were on the same track before becoming parents, but the two diverge after the first child comes along. Women are also less likely to become managers after their first child (Panel B), while men aren’t affected at all. Over the long run, the probability of rising to a manager level drops 26 percent for women compared to men.

The bottom panels look at how parenthood affects decisions about work environment, especially its “family friendliness.” Danish public sector jobs are generally considered preferable for parents, emphasizing benefits like flexible hours or robust leave days rather than wages. Indeed, mothers are much more likely to be employed in the public sector than fathers (Panel C). And if women stay in the private sector, they are more likely to work for a family friendly firm (Panel D) after having a baby than new fathers.

The paper shows that the negative effects of children on women’s careers compared to men are large and have not fallen over time. As a result, the authors say, almost all of the remaining gender inequality can be attributed to having a child.

Using Danish administrative data, we study the impacts of children on gender inequality in the labor market. The arrival of children creates a long-ru...