What are the economic impacts of a warming Earth? 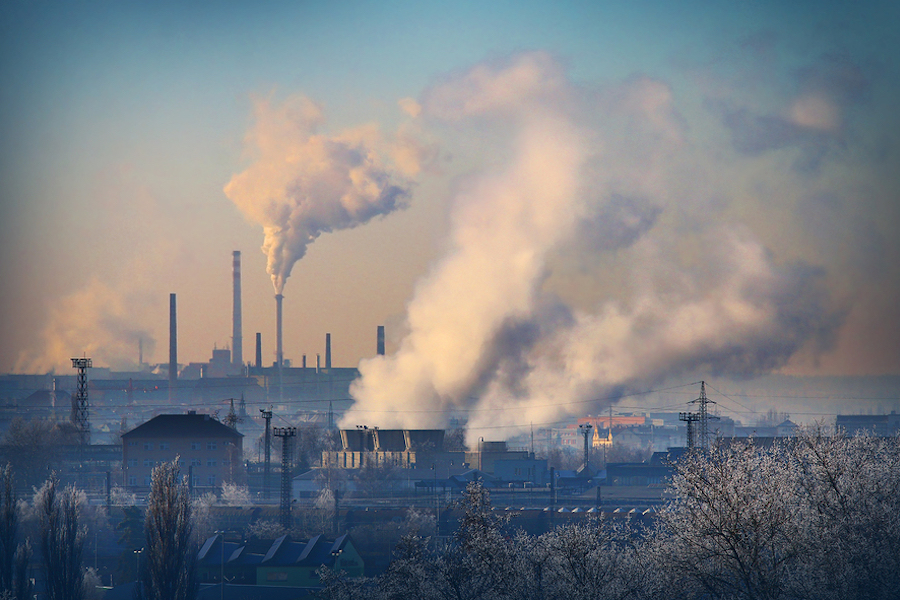 Smoke stacks at a power plant in the Czech Republic

Last month, a major scientific report said that climate change could cost the American economy hundreds of billions of dollars by the end of the century.

The report by 13 US federal agencies was a stark warning yet of how a changing climate will alter how we live and work. Still, there is much more to learn about the economic impacts of a warming Earth.

Determining the costs of climate change is not easy. It’s a global phenomenon, after all, with global consequences that will be felt hundreds of years from now.

In the Fall issue of the Journal of Economic Perspectives, author Maximilian Auffhammer lays out some of the complexities involved in quantifying the economic damages from climate change. Myriad assumptions need to be made to calculate the social cost of carbon, which is an estimate of the damages to private industries and the larger society from one additional ton of CO2. To figure that out, you need to determine the time horizon being considered, the approach to discounting future emissions and the rate used, changes to environmental risks, and others.

The assumptions made can radically change calculated costs. For example, the higher the model’s discount rate — the rate used to compare the well-being of future generations to those alive today — the more we prioritize our current well being over people years from now.

There have been significant differences in how government policymakers have approached calculating these costs since the first official estimates were made under the George W. Bush administration. 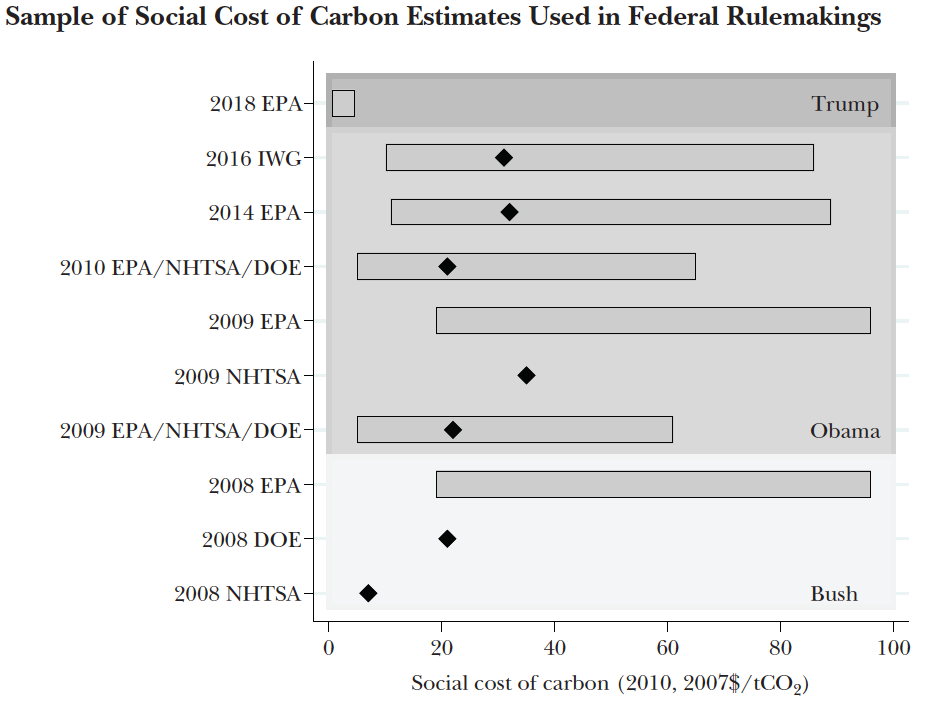 Figure 1 from Auffhammer’s paper shows the evolution of the social cost of carbon for a ton emitted in 2010 (measured in 2007 dollars) used in federal rulemaking. The agencies represented include the National Highway and Traffic Safety Administration, Department of Energy, Environmental Protection Agency, and the Interagency Working Group convened under President Obama. The black diamond indicates the “central estimate” (if one was identified) of the social cost and the gray bars represent the range of costs used in regulatory analyses.

The variation between agencies comes from the different assumptions made in their models. To bring some consistency, President Obama created the IWG to calculate an official social cost of carbon to be used across the board in rulemaking. Using a 3 percent discount rate, the cost came to $42 per one ton of emissions made in the year 2020. Raising the discount rate to 5 percent dropped the value of reducing emissions to $12.

Obama later commissioned the National Academies of Sciences to assess the IWG’s work and suggest revisions, which it ultimately did in 2017. However, President Trump disbanded the IWG before it could implement the changes. Two current proposed rulemakings under Trump use a social cost of carbon that only considers domestic damages and uses discount rates of 3 to 7 percent.

Climate scientists have spent billions of dollars and eons of supercomputer time studying how increased concentrations of greenhouse gases and changes...