A shock to civility 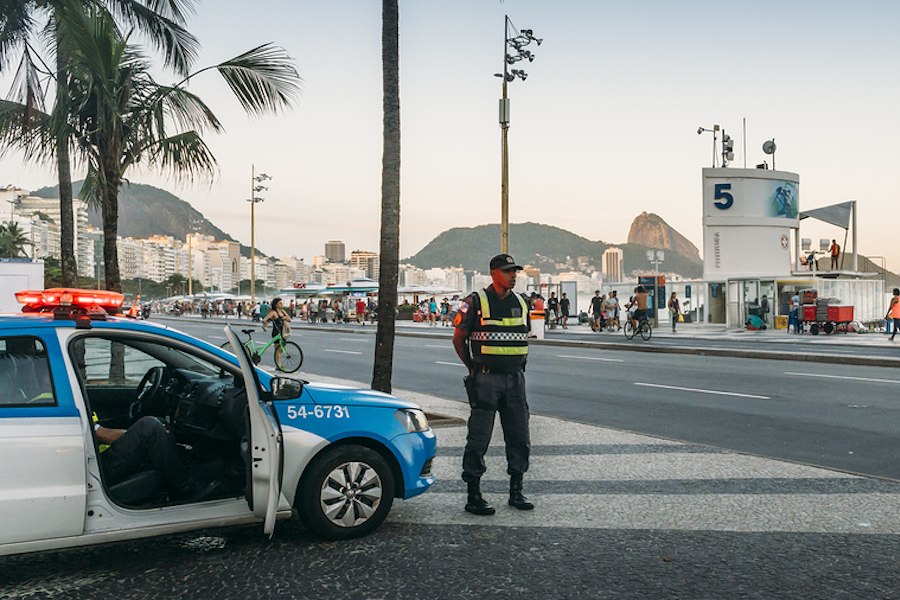 A Brazilian police officer watches over local tourists in Copacabana, Rio De Janeiro, during a period when the city was experiencing a crime wave.

When the economy turns south, news media and politicians tend to focus on the impact to jobs. But there is another important concern: crime.

It might seem obvious that a sudden shock to the economy would have some kind of impact on criminal activity. Out-of-work laborers could turn to illegal sources of income, or they might commit violent crimes out of frustration. But it’s still unclear about the extent to which an economic downturn drives crime rates higher, or what the underlying factors might be — especially in developing countries. 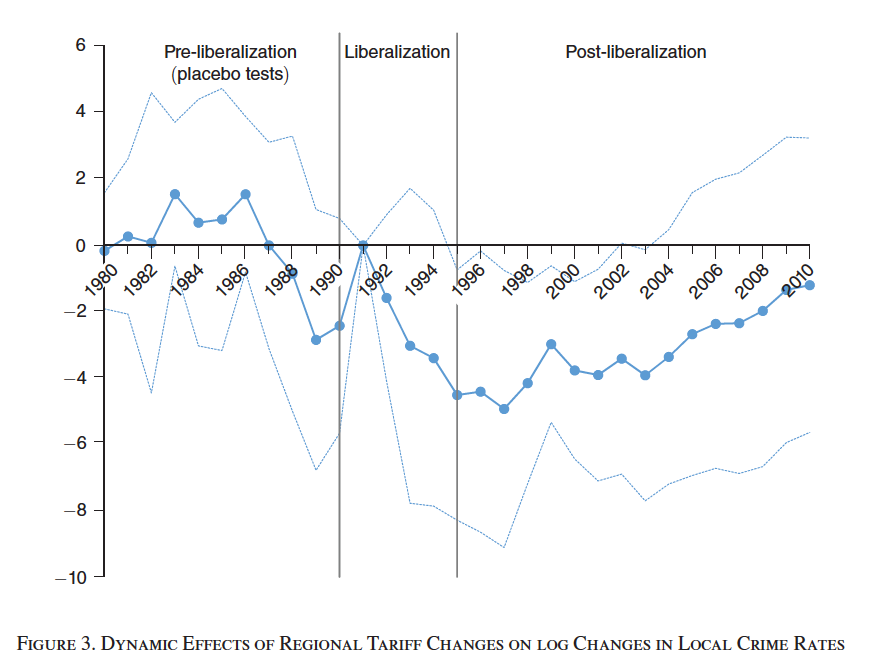 Figure 3 from their paper shows that harder-hit regions experienced increases in homicides relative to the national average over the years immediately following the end of trade liberalization in 1995. Crime continued to rise for the following eight years before eventually receding.

The authors lay out a few possible explanations for this pattern. One is that increased foreign competition deteriorated local labor markets, reducing the opportunity cost to commit crimes. Weaker labor markets also can affect crime in other ways, such as reducing government revenues that fund policing and social insurance programs that keep crime in check. Finally, when economic conditions are bad, it can take a toll on mental health due to stress or depression, which then leads to higher crime rates. The authors argue that the labor market channel is the main mechanism through which Brazil’s trade liberalization affected local homicide rates.

Economic Shocks and Crime: Evidence from the Brazilian Trade Liberalization

This paper studies the effect of changes in economic conditions on crime. We exploit the 1990s trade liberalization in Brazil as a natural experiment ...