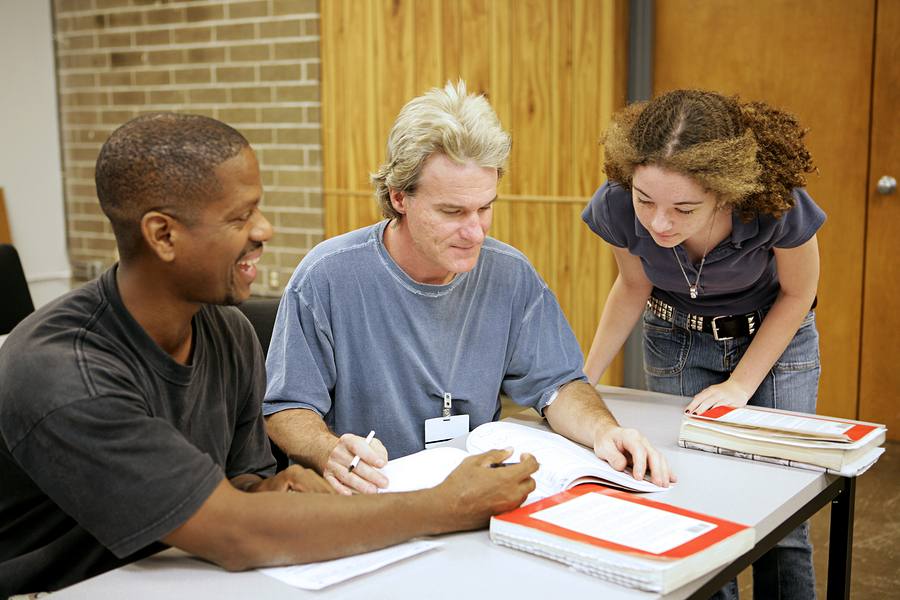 A paper in the AEJ: Policy highlights the impact that a little encouragement has on enrollment rates

Millions of students made the decision to enroll in their first semester of college this fall. The process was easier for some than others.

A typical high school student has parents and counselors explaining the benefits of education. They have help choosing a school and finding financial aid, as well as close friends making the same decision.

But people who have been out of school for a while may not have the same resources, a disadvantage that may even prevent them from returning to the classroom. Andrew Barr and Sarah Turner find that these “information deficits” have a significant impact on the decision to go back to school.

In the August issue of the American Economic Journal: Economic Policy, Barr and Turner find that providing information about the benefits and costs of education to people receiving unemployment insurance (UI) increased their likelihood of enrolling in school by as much as 4 percentage points during the first six months of unemployment. 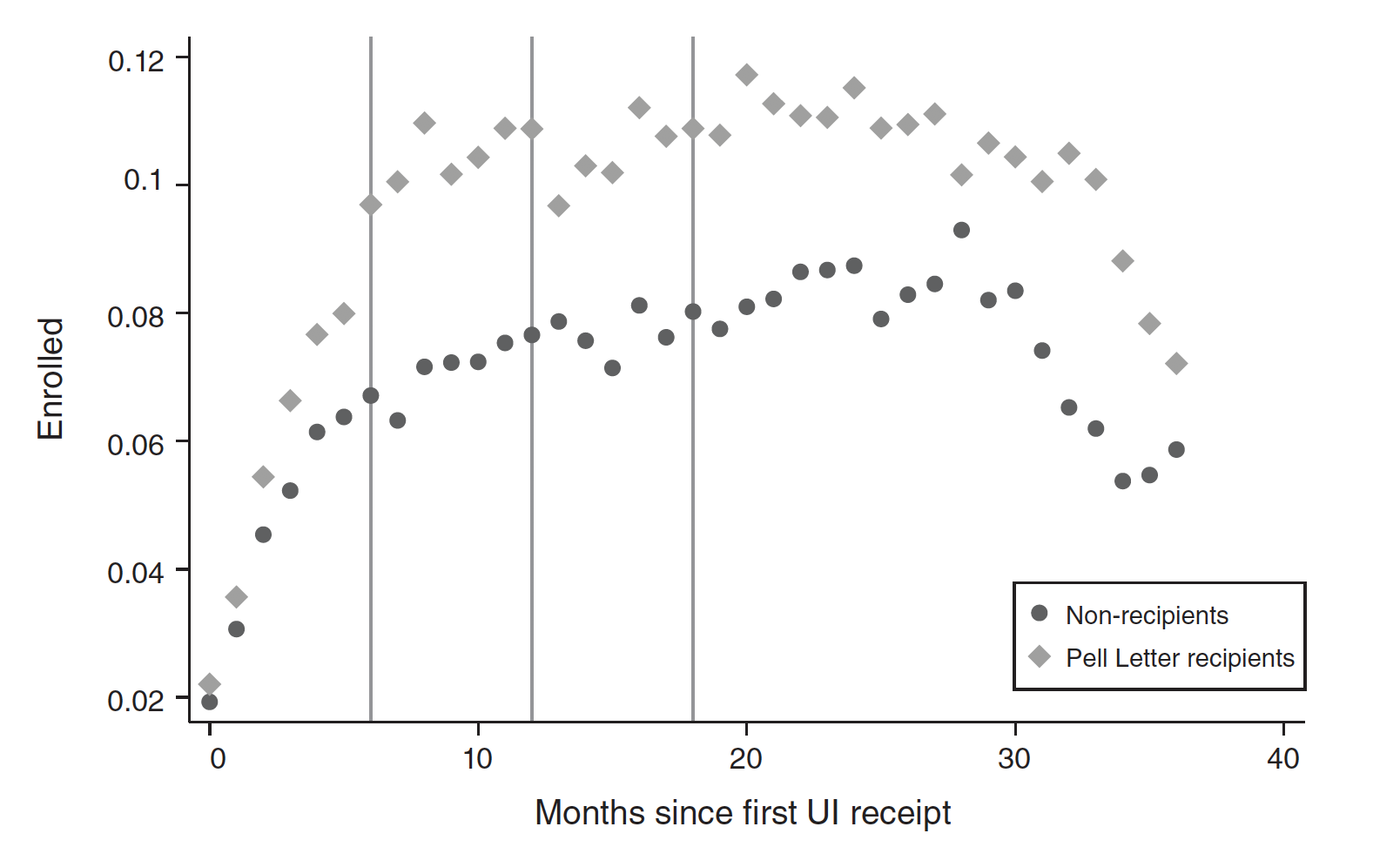 The chart above from their paper shows the fraction of UI recipients who were enrolled in school after an unemployment spell, called the enrollment rate. The light gray diamonds are enrollment rates for those who received a letter from their state government informing them about the Pell Grant Program and encouraging them to seek training. The dark gray circles are enrollment rates of those who didn’t receive a letter. The three vertical lines indicate six month increments. One can see a sharp increase in the share of enrollees in both the letter recipients and non-recipients over the first six months of unemployment. After six months, there is a clear divergence between the two groups that continues to persist.

The authors note how cost-effective this type of intervention can be. They calculate that the effect of this informational outreach is larger than increasing annual aid by roughly $1,000 per individual.

A Letter and Encouragement: Does Information Increase Postsecondary Enrollment of UI Recipients?

For individuals who experience job loss, enrollment in postsecondary programs may provide an opportunity to improve future employment outcomes. Howeve...