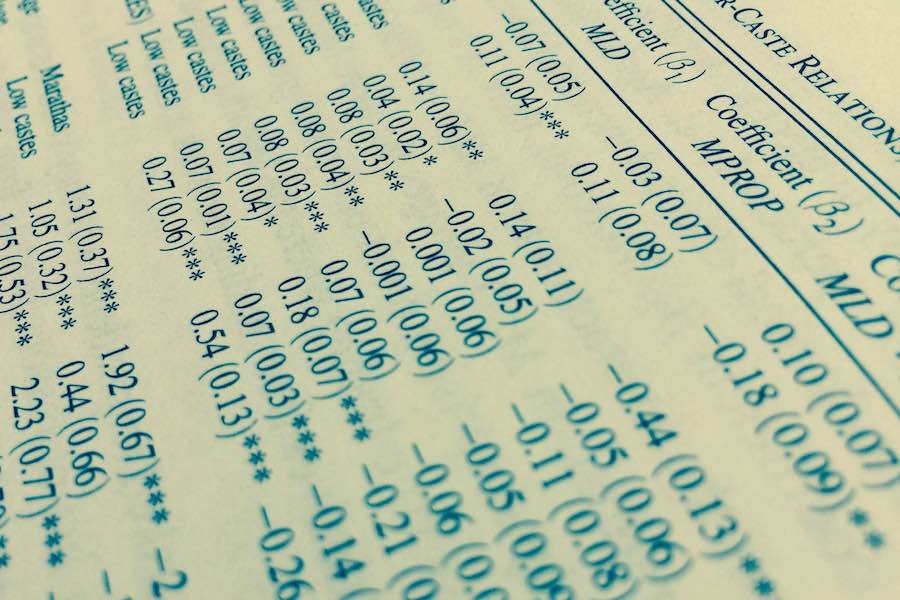 A table of results in an issue of the American Economic Review.

Over the past few decades, economists have increasingly been cited in the press and sought by Congress to give testimony on the issues of the day. This could be due in part to the increasingly empirical nature of economics research.

Aided by internet connections that allow datasets to be assembled from disparate sources and cheap computing power to crunch the numbers, economists are more and more often turning to real-world data to complement and test theoretical models.

This trend was documented in a 2013 article from the Journal of Economic Literature that showed, in a sample of 748 academic journal articles in top economics journals, that empirical work has become much more common since the 1960s. 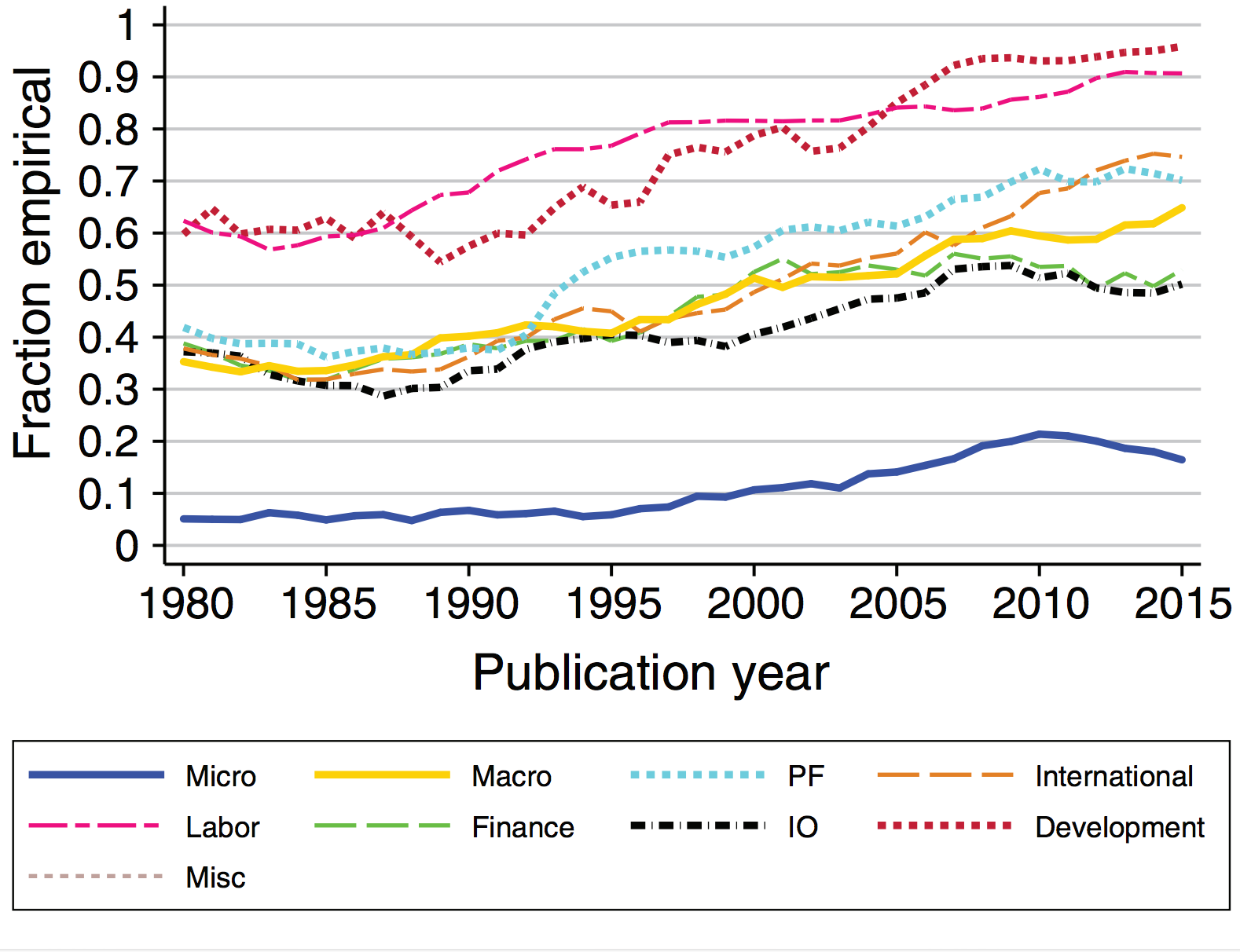 Sorting hundreds of thousands of papers into “theoretical” and “empirical” piles by hand would be prohibitive, so authors Joshua Angrist, Pierre Azoulay, Glenn Ellison, Ryan Hill, and Susan Feng Lu use latent Dirichlet allocation and logistic ridge regression to analyze the wording of titles and abstracts and assign each paper to a category.

Based on a smaller group of five thousand papers classified by research assistants, the algorithm learns what keywords are associated with empirical work and theoretical work and then can quickly classifies thousands of other papers that weren’t reviewed directly by the researchers.

The figure above shows the prevalence of empirical work as determined by the authors’ model has been rising across fields since 1980. The authors note that the empirical turn is not a result of certain more empirical fields overtaking other more theoretical ones, but instead every field becoming more empirically-minded.

We examine the evolution of economics research using a machine-learning-based classification of publications into fields and styles. The changing fiel...