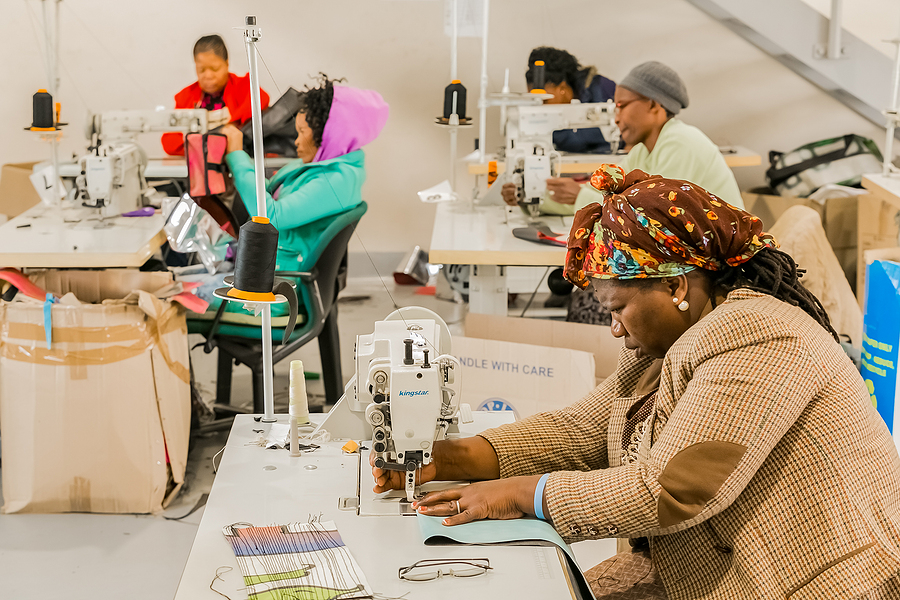 The African Union intends to transform the continent into a global powerhouse over the next 40 years. And a central part of its development agenda is moving agrarian-based economies toward industrialization.

In a paper in the Journal of Economic Perspectives, authors Margaret McMillan and Albert Zeufack look at the prospects and challenges for manufacturing in Africa. They find wide variation among the 54 African nations, not only in the extent to which countries have industrialized but also in the impact of industrialization on labor productivity. 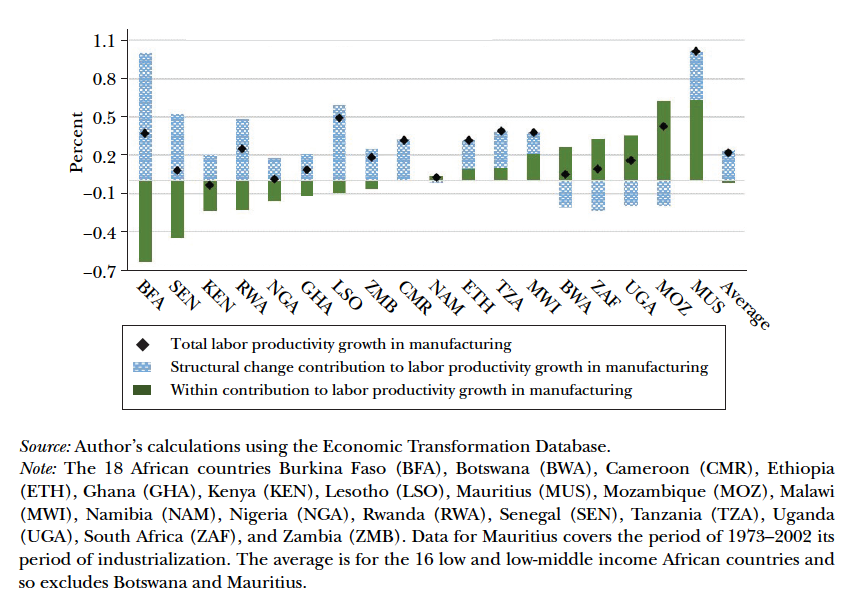 The countries in the figure are ordered left to right, from lowest within-manufacturing contribution (Burkina Faso) to highest (Mauritius). The growth from structural change is shown in blue, within-sector growth is green, and total labor productivity growth in manufacturing are the black diamonds.

There is considerable dispersion across the countries and surprisingly modest growth from manufacturing in a number of countries. These include Ethiopia, which has placed a premium on developing the sector, as well as Ghana, Kenya, Senegal, and Tanzania—four countries whose economies have performed well in the past two decades. There also seems to be a negative correlation between the contributions of within-manufacturing and the sectoral shift toward manufacturing, indicated by the opposite directions of the blue and green bars. Within-sector labor productivity growth in Burkina Faso, for example, was -0.6 percentage points, while the contribution from the structural change is 1 percentage point.

In total, manufacturing has contributed only around 0.25 percentage points to economywide labor productivity growth, coming entirely from structural change. The findings offer surprising insights about a sector that has historically been an engine of growth for modern economies, presenting both opportunities and challenges to policymakers staking their future on manufacturing’s potential.

“Labor Productivity Growth and Industrialization in Africa” appears in the Winter 2022 issue of the Journal of Economic Perspectives.