All quiet on the job front

How costly are recessions for veterans? 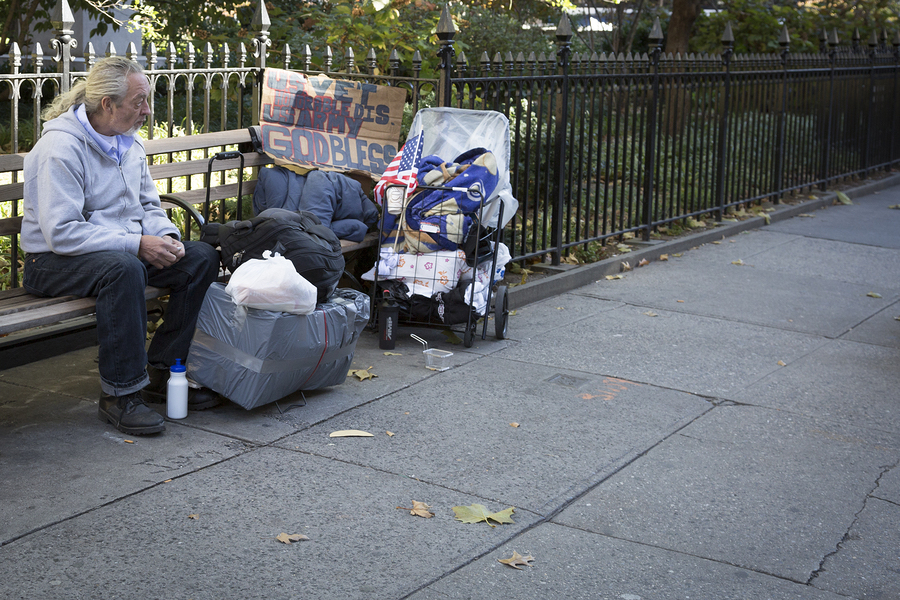 NEW YORK - 11 NOV 2016: A homeless US Army veteran sits on a park bench outside the opening ceremony in Madison Square Park before the annual Americas Parade on Veterans Day in Manhattan.

For the middle class, wages have recovered from the Great Recession. But veterans may not be as fortunate.

In the July issue of the American Economic Journal: Applied Economics, economists Mark Borgschulte and Paco Martorell show that recessions saddle young veterans with earnings losses that can persist for more than a decade.

As many as a hundred thousand young veterans enter civilian life per year. To put this in context, approximately two million people graduate from college each year.

And like recent graduates, young veterans do not often have the power to decide when to look for work. They sign contracts with the military with few opportunities to leave early.

If their contract happens to end during a recession, they are faced with a choice between re-enlisting or searching for work in a difficult job market.

Borgschulte and Martorell found that during a recession young veterans lost 2 percent of their income the year after they left the military for every 1 percent increase in their state's unemployment rate. And their wages didn’t recover until roughly 10 years later.

The long-term cost of recessions
The chart below shows the impact of the unemployment rate on veterans' earnings. Periods of recession are colored red. Veterans who were discharged during a recession earned less than they otherwise would have for up to a decade.
Source: Borgschulte, et al. (2018)

The authors also asked a deeper question: how much would veterans be willing to pay to avoid a recession? The benefits and time that are given up by working — the “opportunity cost” — make this a difficult question to answer.

When a worker loses a job, they have more time for chores at home, watching their kids, or binge-watching Netflix. There is value in that, but it’s difficult to put a price on. Other factors like family and government support are difficult to measure.

Because of these opportunity costs, the income lost by these veterans is not the same as the net value of having a job. But Borgschulte and Martorell show that the income lost is actually a pretty good measure of how much veterans would be willing to pay to avoid a recession, contrary to some arguments from economists.

Some economists argue that workers have the resources to withstand recessions. The unemployed can rely on family support, unemployment insurance, or dip into their savings to make ends meet until they find a job. If these resources are readily available to them, then the value of creating a job during a recession would be quite small from a policymaker’s perspective.

However, the authors’ result provides evidence that the value of a job for veterans is quite high. They found that only one-fifth to one-third of earnings losses were offset by the opportunity cost of holding a job.

We should be fighting recessions, and we have direct evidence on that question for the first time.

The implications could be large for how policymakers respond to recessions. “We should be fighting recessions, and we have direct evidence on that question for the first time,” Borgschulte said in an interview with the AEA.

Furthermore, this may be a conservative estimate for civilian workers, especially for older workers.

Since civilian workers aren’t eligible for these programs, the net value of creating a job for them is likely to be higher than for veterans.

Recent veterans entering a bad job market have numerous programs to support their transition to civilian work, but unfortunately the costs are much larger than economists originally thought.

“These guys actually do have pretty good benefits,” according to Borgschulte. “But we don't feel like those are good enough.”

“Paying to Avoid Recession: Using Reenlistment to Estimate the Cost of Unemployment” appears in the July issue of the American Economic Journal: Applied Economics.