Dr. Andrew Brimmer joined the Board of Governors of the Federal Reserve System on March 9, 1966, becoming the first Black member in the Board’s history. He served until August 31, 1974. During his tenure, Dr. Brimmer became known as an expert on international monetary policy. In later years, he used his position on the Board of Governors to draw attention to the economic plight of Black Americans.

Dr. Brimmer received his doctorate from Harvard University in 1957, concentrating in monetary economics and international trade.1

Thanks to the generosity of an anonymous donor, the American Economic Association and its Committee on the Status of Minority Groups in the Economics Profession (CSMGEP) announces the establishment of the annual Andrew Brimmer Undergraduate Essay Prize. The winner will receive a check for $1,000.

Applications that meet the criteria listed above should be submitted to info@csmgep.org by 5 pm ET of the last Friday of September, with the subject line: "The Andrew Brimmer Undergraduate Essay Prize."
Deadline Extended to November 15, 2022.

The award winner will be notified by late October. 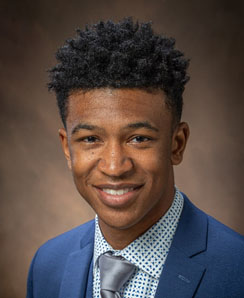 Christopher Walker from Miami University is the recipient of the 2021 award. His essay “Analysis on Black American Wealth” examines the impacts of inter-generational transfers on wealth accumulation and economic inequality.