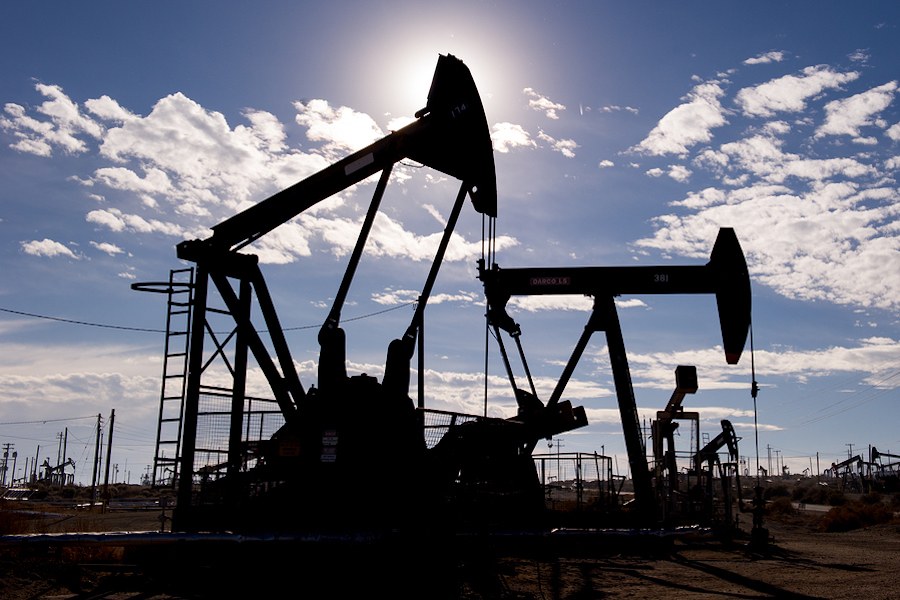 Pumpjacks extract oil from a field in Kern County, CA.

Saudi Arabia’s and OPEC’s influence over the price of oil has long been recognized. But questions remain as to just how much the cartel, and other factors, distort the oil market.

Research published in the April issue of The American Economic Review develops a new method for measuring misallocation in the global oil market, and raises concerns that oil production is less efficient than previously thought.

Oil production occurs under many different conditions. Some oil fields are so shallow they bubble up to the surface of the earth, while others have to be extracted with multimillion-dollar offshore drilling rigs. For example, it costs approximately $3 to extract a barrel from the world’s largest oil field, in Saudi Arabia. In contrast, fracking shale deposits in the Bakken in North Dakota costs $24 per barrel.

If oil production was allocated efficiently, fields that are cheap to extract would produce the most oil (assuming oil reserves are similar sizes). But low-cost, OPEC countries are depleting their reserves at close to half the rate of high-cost, non-OPEC countries.

Even within OPEC, production is being over-allocated to expensive fields, evidence of which can be seen in Figure 3 of the authors’ paper. 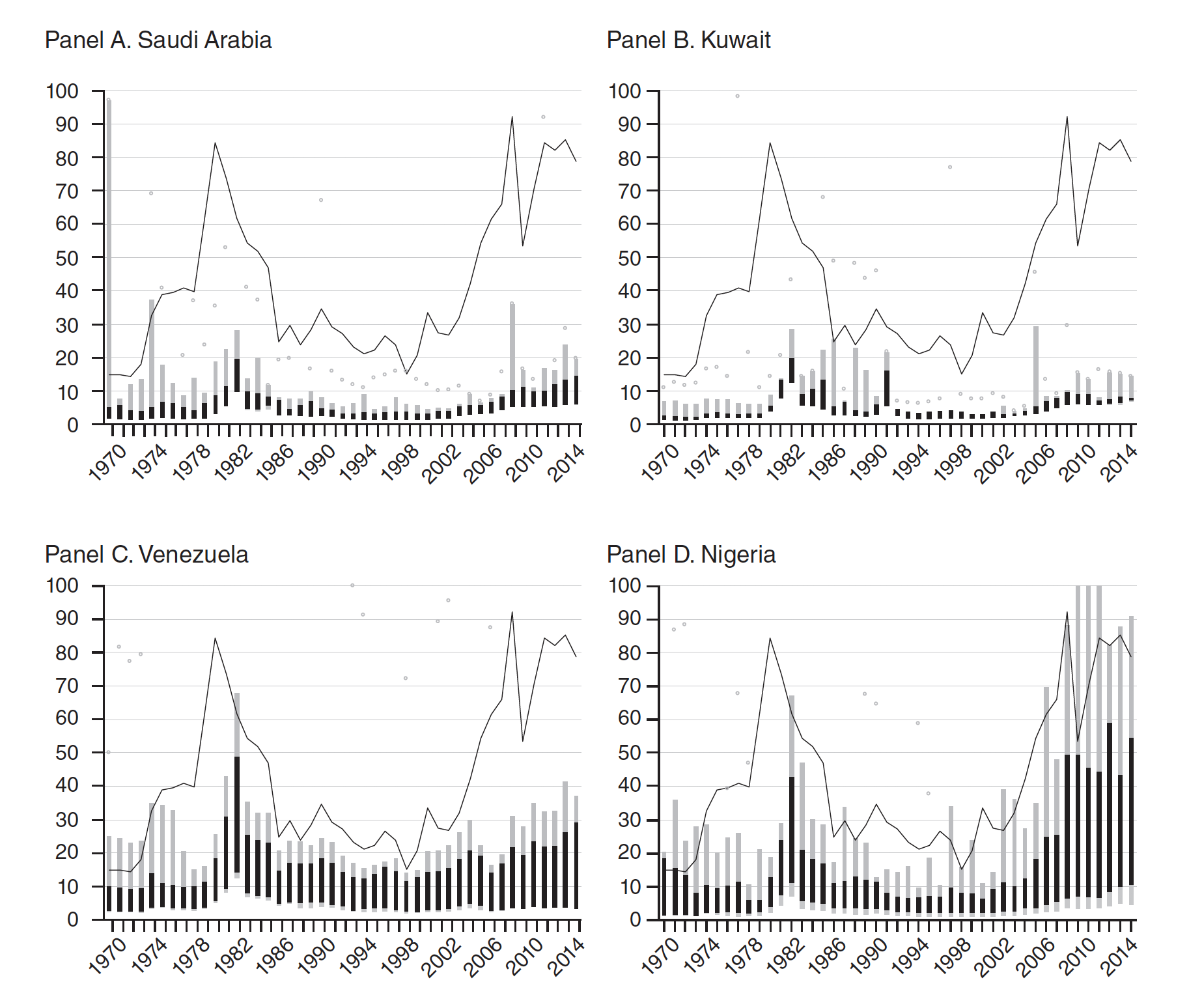 The panels show the production costs for four different OPEC members. The solid black line in each panel is the oil price in dollars. Each black bar ranges between the fifth and ninety-fifth percentiles of production cost for a barrel of oil in a year. The gray bars combined with the black bars show the range of costs between the first and ninety-ninth percentiles. The light grey dots represent the highest-cost barrel produced for the year.

The chart shows that Saudi Arabia and Kuwait produced oil within a narrow cost range. For both countries, costs per barrel rarely exceed $10. However, costs in Venezuela and Nigeria were much higher and more dispersed. If OPEC were run as an efficient cartel, this contrast wouldn’t exist. And if the market was allocating production efficiently, costs would more closely match the price of oil in every country.

Overall, roughly a fifth of misallocation—between $105 and $163 billion—was attributable to influence from countries like Saudi Arabia.

With concerns about monopolies on the rise, the authors’ new framework may uncover inefficiencies in other industries as well.

We propose an approach to measuring the misallocation of production in a market that compares actual industry cost curves to undistorted (counterfactu...