Yale sociologist Monica Bell talks about why economists must change the way they study police. 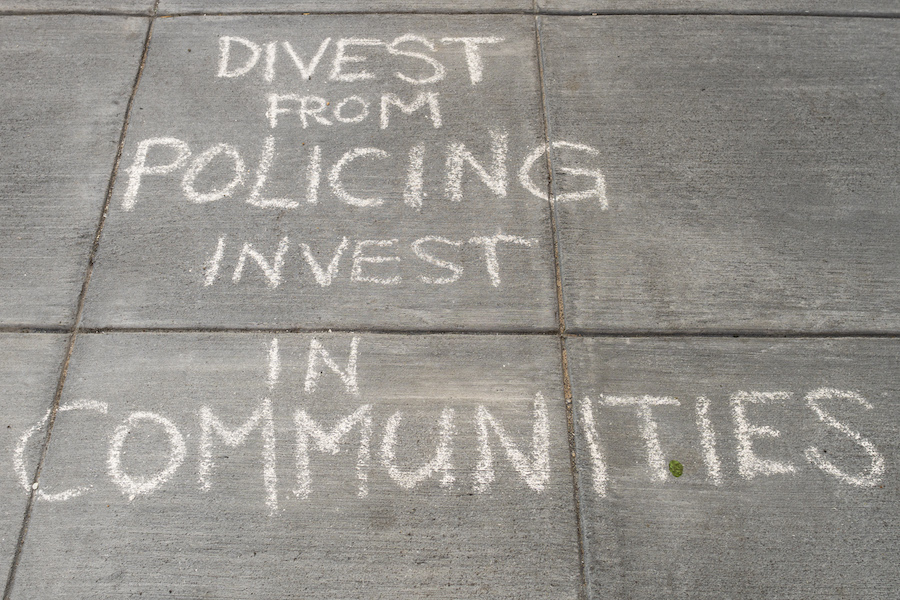 A call to reform police written on a Washington, DC, sidewalk in June 2020.

The Black Lives Matter movement has sparked a national conversation around police reform, with proposals ranging from reallocating resources to outright abolition of local police departments.

Economists can help inform these discussions, but existing economic research may fall short of understanding the true impacts of policing on communities.

In a paper in the Journal of Economic Perspectives, Yale sociologist Monica C. Bell offers proposals for how economists can deepen their understanding of policing and public safety.

She says a good first step is to separate those two concepts.

Bell recently spoke with Chris Fleisher about how focusing on crime limits our understanding of the way policing shapes communities, why more research is needed on community-based safety programs, and how qualitative approaches can inform research based on big data. 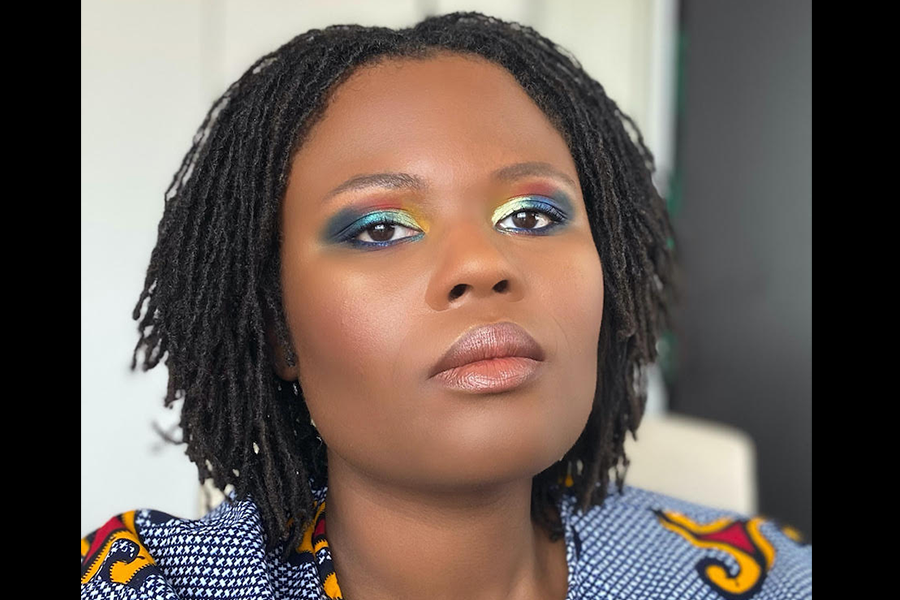 Chris Fleisher: Where I live we don’t have a police station. The police are housed in a building that’s called the “public safety center.” This speaks to how those two concepts of policing and public safety have become intertwined, but you say it’s important to distinguish them. How so?

Monica Bell: Policing is of course a part of public safety. However, what makes a community safe is not police. I think we see this, if you think about education levels, if we think about economic opportunities, trust in communities. There's a large body of sociological research, both qualitative and quantitative, that supports the idea that informal social control is really critical to creating safe communities and also creating trustworthy communities, and in the grand scheme of things policing is a very small part of public safety. In fact it's the least productive part because it is the formal hand of the state as opposed to people keeping each other safe and helping each other out, which is really the ideal for a flourishing and safe community.

Bell: Outcomes that focus on flourishing. I talk in the paper about some of the developments that have been made in psychology to try to measure individual flourishing and also community flourishing. We also have a sense of the component parts of what makes people happy and safe.

There's research in sociology by Legewie and Fagan that focuses on educational outcomes related to policing. Also, there's research that focuses on health outcomes, both mental health and physical health outcomes, especially for Black people related to policing. There are many interesting and creative and dynamic ways to quantitatively study policing on a range of other outcomes. Of course, the problem is the datasets that are most convenient for studying policing don't include those types of variables.

In our cultural zeitgeist, we have this idea that the important effect of policing is related to crime. But police are just institutions. Police departments are institutions in communities and they're going to affect communities in lots of ways other than just what their stated task is.

Fleisher: One of the things that has emerged from the defund the police movement is more discussion around policing alternatives, such as community-based strategies of crime deterrence. What’s an example of a program that you think warrants more attention from economists?

Bell: I talk in the paper about Advance Peace. One of the interesting things about that program is that it tries to dig into mentoring youth who are generally categorized as at-risk, . . .  engaging them with mentors who understand their experiences and giving them economic opportunities and job opportunities, which are critical for keeping people from engaging in criminal activity.

However, these types of alternatives have a much thinner evidence base than policing does. A big part of that relates to what is incentivized to study in academic circles. Small community organizations have been doing work for a long time but it's harder to get data from them. It's harder for it to have the type of legitimacy as getting large bodies of administrative data from police departments.

Fleisher: I'm glad that you brought up the data challenges of working with these groups. And on Twitter you mentioned that social scientists who work with organizations may get labeled as activists in ways that might hurt their careers. How can the profession overcome some of these challenges by incentivizing researchers to do this work?

Bell: It can be more difficult to work with some of the data that one would get from a small community organization than from the police. I think reviewers of both grants and papers on the back end need to be cognizant of the importance of that for intellectual reasons. They must understand that we are actually missing important knowledge because of these data challenges and fund efforts to clean data and collect data from community organizations and hold that research to standards that are appropriate for the type of data that are being collected. There are lots of ways to do really rigorous community organization research. It doesn't just have to be propping up whatever the organization is doing. It can be critical and it can be deep and it can be comparative.

There's a large body of sociological research, both qualitative and quantitative, that supports the idea that informal social control is really critical to creating safe communities and also creating trustworthy communities, and in the grand scheme of things policing is a very small part of public safety.

The other thing, and this is what I was alluding to on Twitter, is that I am a social scientist first. I think there tends to be a perception that if people are studying community organizations or social movements or alternatives to policing it is because they are partisans in a way that you don't have to be if you are studying police. That reveals a deep bias in what is understood to be scientific and intellectual. If we step back and think about the components that make communities safe and flourishing and we understand that community-based organizations are a critical part of that, then we would know that investing a lot of energy into studying them is actually the only way to make up for our oversight.

Fleisher: You’ve written about research insights you’ve gleaned just by going out and talking with people. What are some things you’ve learned through that qualitative work that you wouldn’t have discovered in the data alone?

Bell: One of them I talk about in a paper is called "Anti-segregation Policing." Let's say the police are called to respond to someone being perceived to be in a place where they don’t belong and the police just ask the person a few questions and there's no measurable outcome. There is no use of force. The effects of that interaction on individuals can still reinforce dynamics which I call legal estrangement. It still sends the sense of social exclusion and political and legal exclusion to individuals who are confronted with these really unjust and baseless police calls. It is also not something that tends to be picked up in survey research because surveys tend not to pick up on those types of questions.

Another insight about policing that I gained from doing qualitative research came from doing research in Washington, DC, with Black low-income mothers about why they call the police when they do call the police. One of the reasons included needing to get a police report in order to navigate other social systems. It would be difficult to pick up on those sorts of dynamics and interrelationships other than with interviews or observations.

Fleisher: Being analytical and data driven is often what gives economists so much clout in policy discussions. But you’re saying that it can hinder a larger reimagining of public safety. So what do you want empirical economists to take away from this?

Bell: I think it is really important to have social science inform policymakers. But I think sometimes we as social scientists tend to sit from on high and think that data should totally drive a moral and political debate about what needs to happen. That's not right. We have to be more aware of the limitations of our expertise. This has been really critical in this policing debate.

The data that we have available is data that arises from a world in which community-based organizations tend to have minimal funding and in which the arms of the welfare state on a local level tend to have relatively little funding while funding is preserved for policing. It seems almost obvious and predetermined that if you don't have meaningful alternative responses and alternative approaches to building public safety, then police seem really necessary. It seems wise to invest more in proven institutions for building public safety and deterring crime. That is a role that social scientists can play in talking about data. However, we have to be aware of the limitations of our data. If we're going to do this right we have to be honest about what we do and do not know from our data and participate in a conversation in ways that we are responsive to other people who are in the room. It's whether we want to be really honest about what we bring to conversations as social scientists. I just think that honesty is important.

“Next-Generation Policing Research: Three Propositions” appears in the Fall 2021 issue of the Journal of Economic Perspectives.