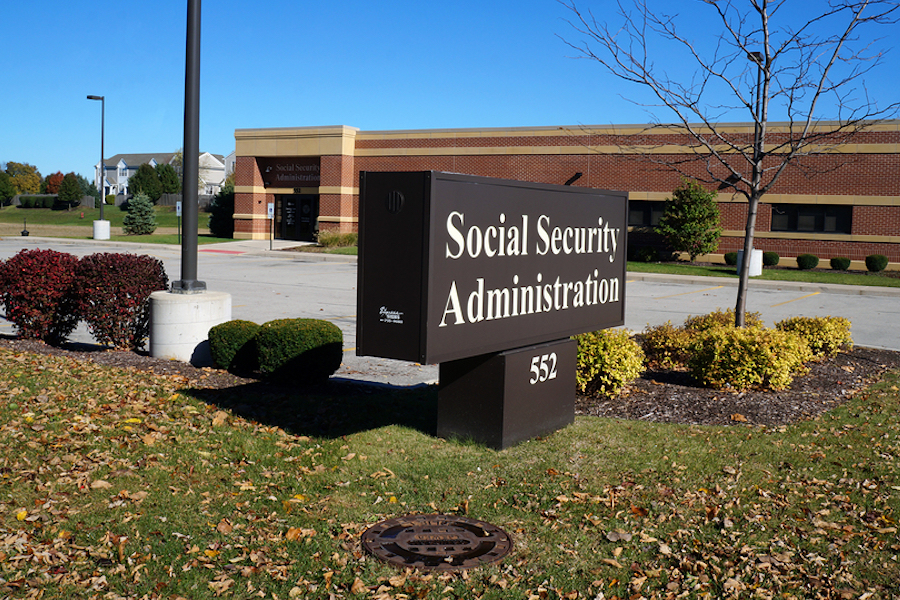 Joliet, Illinois - November 1, 2015: One may apply for social security disability, retirement, and survivor benefits at the Social Security Administration Building.

When the Trump administration proposed cutting $70 billion over the next decade from Social Security Disability Insurance (SSDI), the program that insures most working Americans against losing their income from a disability, it re-ignited an old debate about disability insurance in the US.

Generally, economists and politicians on both sides of this debate assume that a large program, such as SSDI, will have no trouble reaching its target audience. Who wouldn’t sign up to receive $1,200 a month from a program they’ve been paying into their entire career?

When you’re thinking about how to start a program or improve it, the mechanism of information intervention might be a relatively cost effective way to do that.

A paper in the August issue of the American Economic Journal: Economic Policy argues that policymakers shouldn’t be confident the message will reach everyone without a concerted effort.

SSDI provides benefits to 10 million people, paying out roughly $150 billion dollars per year.  That’s money taken out of every worker’s paycheck in order to insure them and their family against the risk that they can no longer work due to a medical condition.

Which counties have the highest share of SSDI beneficiaries?

Older counties with lower rates of educational attainment tend to have higher shares of SSDI beneficiaries. These tend to be concentrated in geographic areas, such as Appalachia and the Mississippi Delta.
Source: U.S. Census Bureau and SSA

Research by Philip Armour, Professor of Economics at Pardee RAND, suggests that disabled workers, who’ve paid into SSDI and are no longer able to work, fail to apply for their benefits with alarming frequency. As many as 413,000 people from 1994 to 2004 wouldn’t have applied for these benefits if not for a personalized letter from the federal government that told them how much they could receive in monthly SSDI benefits, roughly $1,200 a month for most.

Previous work found little impact in the general population from this letter, but Armour zeroed in on a group that looked particularly vulnerable. In an interview with the AEA, Armour described these people as older with health conditions that interfere with their ability to work, who may have trouble getting to their social security office to find out if they’re eligible.

Armour found that informing these workers of their potential benefits doubled their application rates. So why was the response so much larger for this group? “It’s really about that margin of when people are about to make a decision,” Armour said, adding that this information was most relevant for this group, which is why it had the greatest impact.

Armour’s results are specific to SSDI, but the implications could be far reaching. The government has many more programs trying to reach target populations, like homeowners, savers, or the sick,  that could also be susceptible to the same information problems. Some programs have a very high take-up rate; Medicare’s is estimated to be 96 percent. While others can be quite low; for example, 69 percent of eligible households participated in the Food Stamps Program in 1994.

Armour is currently studying the impact that personalized letters have on savings and the expectation of Social Security benefits. Many people don’t think they’ll ever receive any Social Security benefits, according to Armour, even when they’re less than 10 years from retiring. Researchers don’t know why people are so pessimistic or what information could change these beliefs. Having answers to these questions could provide a powerful policy lever.

While there can be a number of reasons eligible individuals do not participate in a program, such as stigma or the cost to apply, Armour’s research shows that information problems are not negligible and that policymakers need to keep them in mind when designing even large programs.

“When you’re thinking about how to start a program or improve it, the mechanism of information intervention might be a relatively cost effective way to do that,” Armour said.

"The Role of Information in Disability Insurance Application: An Analysis of the Social Security Statement Phase-In" appears in the August issue of the American Economic Journal: Economic Policy.

Would doctors prescribe different medications if they knew how much people had to pay for them?