Dr. Kenneth R. Troske is the Associate Dean for Graduate Programs and Outreach and the Richard H. and Janis W. Furst Endowed Chair in Economics in the Gatton College of Business and Economics at the University of Kentucky, as well as a Research Fellow with the Institute for the Study of Labor (IZA) in Bonn, Germany. Dr. Troske served as a member of the Congressional Oversight Panel whose task was to assess the existing condition of America’s financial markets and the regulatory system as well as to closely monitor the actions of the Treasury Department and financial institutions to determine if their actions are in the best interest of the American economy. He was also a member of the Commission of Evidence Based Policy, whose task is to try and increase access to administrative data in an effort to increase the influence of policy relevant research on public policy in the U.S., as well as a member of the Federal Reserve Bank of Cleveland Lexington Business Advisory Council and the Bluegrass Workforce Innovation Board. His primary research areas are labor and human resource economics. Dr. Troske has authored a number of widely-known papers utilizing employer-employee matched data on topics such as education, productivity, technology, and discrimination. His most recent work has focused on evaluating various aspects of the Workforce Development System in the U.S. His papers have appeared in many leading journals in economics including the Quarterly Journal of Economics, Journal of Labor Economics, Journal of Human Resources, Journal of Political Economy, Review of Economics and Statistics, and the American Economic Review. Dr. Troske received his Ph.D. in economics in 1992 from the University of Chicago and his undergraduate degree in economics from the University of Washington in 1984

Karen Dynan is a Professor of the Practice in the Department of Economics at Harvard University. She served as Assistant Secretary for Economic Policy and Chief Economist at the U.S. Department of the Treasury from 2014 to 2017, leading analysis of economic conditions and development of policies to address the nation’s economic challenges. From 2009 to 2013, Dynan was Vice President and Co-director of the Economic Studies program at the Brookings Institution. Before that, she was on the staff of the Federal Reserve Board for 17 years, playing a leadership role in a number of areas, including macroeconomic forecasting, household finances, and the Fed’s response to the financial crisis. Dynan also served as a senior economist at the White House Council of Economic Advisers from 2003 to 2004 and as a visiting assistant professor at Johns Hopkins University in 1998. Dynan teaches in the Harvard Economics Department and at the Harvard Kennedy School; she is also currently a nonresident senior fellow at the Peterson Institute for International Economics.

Thomas J. Holmes is on the faculty at the University of Minnesota where he holds the Curtis L. Carlson Chair in Economics. He is also a visiting scholar at the Federal Reserve Bank of Minneapolis and a research associate at the National Bureau of Economic Research. He has served as past president of the Midwest Economics Association and the Urban Economics Association. In 2011, he was elected a Fellow of the Econometric Society. Tom's research focuses on industrial organization and urban and regional economics.

Susan Houseman is a Senior Economist at the W.E. Upjohn Institute for Employment Research.  Houseman’s research has examined trends in employers’ use of temporary help employment, outsourcing, and nonstandard work arrangements and their implications for workers’ wages, benefits, and employment stability.  Her research on outsourcing and offshoring also has highlighted measurement problems in U.S. statistics.  With funding from the Alfred P. Sloan foundation and the U.S. Bureau of Economic Analysis, she has conducted research and organized conferences to study biases in price indexes, productivity and output growth along with other measurement problems arising from the growth of globalization.  Other research focuses on work sharing and short-time compensation, older workers and retirement issues, and comparative labor market policies in Japan and Europe.  Houseman chairs the Technical Advisory Committee to the U.S. Bureau of Labor Statistics and is a member of the Editorial Board on the Journal of Economic Perspectives.  Prior to coming to the Upjohn Institute, Houseman was on the faculty at the University of Maryland, School of Public Affairs and was a Visiting Scholar at the Brookings Institution.  She received her Ph.D. in economics from Harvard University.

Bruce D. Meyer is the McCormick Foundation Professor at the University of Chicago’s Harris School of Public Policy Studies He received his BA and MA in economics from Northwestern University in 1981 and his PhD in economics from the Massachusetts Institute of Technology in 1987. He is a research associate at the National Bureau of Economic Research and a former editor or associate editor of the Journal of Business & Economic Statistics, the B.E. Journal of Economic Analysis and Policy, the Journal of Public Economics, and the Journal of Labor Economics. He is a member of the Bureau of Labor Statistics Technical Advisory Committee, was recently Chair of the Business and Economic Statistics Section of the American Statistical Association, and served on the National Academy Panel on Redesigning the BLS Consumer Expenditure Surveys, and the Advisory Panel on Research Uses of Administrative Data of the Northwestern University/University of Chicago Joint Center for Poverty Research. He studies poverty and inequality, tax policy, the accuracy of household surveys, and government safety net programs such as unemployment insurance, workers' compensation, food stamps, and Medicaid.

Karen Palmer is a Senior Fellow and Research Director at Resources for the Future in Washington, DC. Dr. Palmer specializes in the economics of environmental regulation and public utility regulation, with a focus on electricity. Her work seeks to improve the design of incentive-based environmental and technology regulations that influence the electric utility sector. She has also written several papers on the economics of the energy efficiency gap and of different policy approaches to address it. Her most recent work focuses on energy efficiency in commercial and residential buildings and the design of greenhouse gas policy for the electricity sector. She is co-author of the book, Alternating Currents: Electricity Markets and Public Policy, published by RFF Press in 2002. In the 1990s, Dr. Palmer spent six months as a visiting economist in the Office of Economic Policy at the Federal Energy Regulatory Commission. She serves on several advisory panels, including the Research Advisory Board to the American Council for an Energy Efficient Economy. She is the recipient of the Public Utility Research Center’s 2015 Distinguished Service Award. Dr. Palmer received her Ph.D. in economics from Boston College in 1990.

Nina Pavcnik is Niehaus Family Professor of International Studies and Professor of Economics at Dartmouth College.  She received a B.A. in Economics from Yale University and earned a Ph.D. in Economics from Princeton University.  Her research interests are at the intersection of international trade, economic development, and industrial organization, with a particular focus on how households, workers, and firms respond to globalization.  She is a research associate at the National Bureau of Economic Research, a research affiliate at the Centre for Economic and Policy Research, and a senior fellow at the Bureau for Research and Economic Analysis of Development.  She currently serves as a Co-editor of the Journal of International Economics, associate editor of the American Economic Review and the World Bank Economic Review, and is a member of the World Bank Research Committee.

Fiona M. Scott Morton a Professor of Economics at the Yale University School of Management where she has been on the faculty since 1999.  Her area of academic research is empirical industrial organization, with a focus on empirical studies of competition in areas such as pricing, entry, and product differentiation. Her published articles range widely across industries, from magazines, to shipping, to pharmaceuticals to internet retailing, and is published in leading economics journals. From 2011-12 Professor Scott Morton served as the Deputy Assistant Attorney General for Economics at the Antitrust Division of the U.S. Department of Justice, where she helped enforce the nation’s antitrust laws.  At Yale SOM she teaches courses in the area of competitive strategy. She served as Associate Dean from 2007-10 and in 2007 she won the School’s teaching award. She has served in an editing role on various academic economics journals, has won several research grants from the National Science Foundation, and is a Research Associate at NBER. Professor Scott Morton has a BA from Yale and a PhD from MIT, and previously taught at the Graduate Schools of Business at the University of Chicago and Stanford University. She is a frequent speaker at seminars and conferences across the United States and Europe. Professor Scott Morton lives in New Haven, Connecticut with her husband and three children. 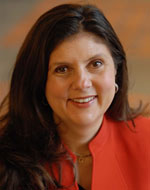 Betsey Stevenson is an associate professor of public policy at the Ford School, with a courtesy appointment in the Department of Economics. She is also a research associate with the National Bureau of Economic Research, a fellow of the Ifo Institute for Economic Research in Munich, and serves on the board of directors of the American Law and Economics Association. Betsey recently completed a two-year term as an appointed member of the White House Council of Economic Advisers. She served as the chief economist of the U.S. Department of Labor from 2010 to 2011. Stevenson is a labor economist whose research focuses on the impact of public policies on the labor market. Her research explores women's labor market experiences, the economic forces shaping the modern family, and the potential value of subjective well-being data for public policy.