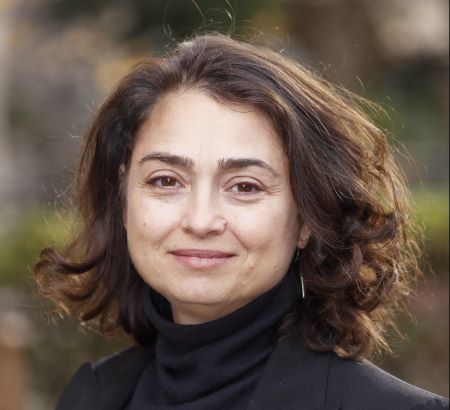 Stephanie Aaronson is the Vice President and Director of the Economic Studies program at the Brookings Institution. Aaronson joined Brookings in October 2018 after nearly two decades at the Federal Reserve Board where she was most recently the Assistant Director of the Division of Research and Statistics. Aaronson also serves as an advisory board member of the Journal of Economic Perspectives; the Washington, DC-area representative to the American Economic Association Committee on the Status of Women in the Economics Profession; and a member of the National Academies of Sciences, Engineering, and Medicine Response and Resilient Recovery Strategic Science Initiative (R3SSI) Executive Council’s Strategy Group on COVID-19 and Rental Evictions.

Aaronson is a labor economist whose academic research has examined, among other issues, why an increasing share of Americans are not participating in the labor force. She has published research in a variety of academic journals and speaks regularly to the local and national media on labor and monetary policy issues. Her research has been featured in numerous prominent publications, including the Economist, the New York Times, and the Washington Post. In addition to her academic work, Aaronson has been active in efforts to improve diversity and inclusion, and to promote research on economic inclusion, at the Federal Reserve and in the economics profession.

In her position at the Federal Reserve Board, Aaronson helped in the preparation of the economic forecast submitted to the Federal Open Market Committee (FOMC), provided policy analysis to the Board and FOMC in support of their monetary policy functions, and had oversight of sections that produce analysis, forecasting, and research regarding inflation, monetary policy, and macroeconomic activity and uncertainty.

Aaronson joined the Federal Reserve in 2000 and was appointed chief of what was then the Macroeconomic Analysis section in 2012. Between 2011 and 2012 she served as Deputy Assistant Secretary for Macroeconomic Policy at the Department of Treasury, where she received an award for meritorious service. In 2010 she was a visiting scholar in the Department of Economics at Yale University. Aaronson has an AB degree in history from Columbia College and a Ph.D. in economics from Columbia University.