A Career for an Eclectic Mind 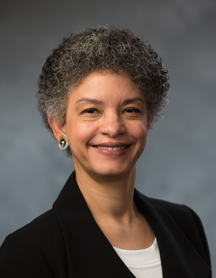 When Susan Collins was starting her dissertation she had a moment of truth. She had an advisor who could be quite intimidating and one day he sat her down and announced that she was a mouse and it was his job to teach her how to be a lion. Taken aback—she didn’t see herself as a mouse—she went home and thought about it.

“My personality was to do things in a private way, but my style came across to people like him as if I was a mouse and that was a problem. I was quiet in my own way but I was intent on excelling. And it was important for me to do that in a way that felt right to me.”

Collins came to economics out of curiosity. She grew up in Manhattan to Jamaican parents who went back to Kingston regularly to see relatives.

“Those summer visits raised all kinds of questions,” she said. “Why were living standards so different?” Even wealthier people in Jamaica, she noticed, suffered from water shut-offs or other hardships. “It was clear to me very early on that contexts matter. If you grow up with these questions, it’s no surprise to become an international economist.”

Her parents encouraged her to follow her curiosity. Her father was a social anthropologist at the United Nations, where he worked on challenges in developing countries, and her mother was a librarian at various universities. “And Jamaica has a tradition of really strong women,” she said, so high-powered careers were supported.

Her interest was really piqued, however, when her father would come home complaining about “those damned economists.” In his view, they sometimes won the day even when they were wrong, because it was so hard to argue with them. “I wanted to win the day! And then I fell in love with the analytic rigor that could be used to understand and address societal challenges.”

By age 25, she was an assistant professor at Harvard studying exchange rate regimes and crises in industrial and developing countries. The year was 1984. She’d done her undergraduate work at Harvard and graduate work at MIT, and she was learning to navigate the road as an unnatural extrovert. “I learned it matters as much how you say something as what you say. As an introvert, I had to figure out how to show confidence. And that takes practice as well as lots of preparation.”

She’d also realized that she preferred combining quantitative analytics with more applied approaches, and liked to put her eclectic interests to work. “High-powered statistics are valuable,” she said, “but I also value the insights you get from a case study. They add nuance and deepen our understanding of an issue.”

One of her first major projects was to examine South Korea’s external debt experience in the 1980s. “It involved lots of data analysis but a key was partnering with a Korean economist to gain a deeper, on-the-ground perspective. Looking at things from different lenses is important for understanding the big picture.”

She would continue the applied work at Georgetown and the Brookings Institution when she and her husband moved to Washington in 1992. Her husband is a public health physician who worked at NIH, with a stint in the Clinton Administration. She split her time between Georgetown and Brookings, where she expanded her applied work on determinants of economic growth.

Having two children added even more applied work. “My husband was deputy drug czar while they were young so we were juggling two kids and two actively engaged jobs. It was exciting, but also stressful. I got much less research done during those years.”

By 2007, she had been a faculty member since 1984, and when the Gerald R. Ford School of Public Policy at the University of Michigan called asking her to be dean, she was ready for something different. Her family packed up and moved, and for the first few years her husband became “much more Mr. Mom.” Your partner, she says, is “hugely important” in managing to combine a career and a family. “There were years when he held the high-powered role and I had more kid responsibility and had to say no to more things. Then there years where it was the opposite.”

She quickly fell in love with the job in Ann Arbor. “Moving to a policy school was wonderful,” she said. “It’s a natural home for a person with eclectic views like mine. It’s applied— with a genuine focus on working to make people’s lives better – and its also inherently inter-disciplinary.”

She enjoyed tapping into a different set of skills as dean, from budget management to hiring and developing people to marketing. “You’re responsible for a wide range of tasks —that was fun.” Even the meetings (most of the time).

She worked hard to foster a more inclusive experience for faculty, staff and students, where people from all backgrounds could thrive. For her, a key step was cultivating an environment where “people are more open both to sharing their experiences and hearing from others whose experiences are very different. I want people to be able to say, ‘what just happened was challenging for me’” and have others hear it, she said, “versus others not even being aware it happened.”

The ten-year term as dean was over in August 2017 and she is enjoying a year-long sabbatical before returning to the classroom and research.

“After a decade as dean, I was ready to step down and have really been enjoying catching up on reading, exploring new research directions, developing a new course.” A benefit of being an academic, she said, is the time to think about what is important. “I’m in the process of figuring out the balance I want to find. And that’s a wonderful place to be.”

A salon and parlor game of the 19th century, made most famous by Marcel Proust’s answers, the Proust Questionnaire (adapted here) gets to the heart of things.

What’s on your nightstand? Darwin’s The Voyage of the Beagle – prepping for a trip to Galapagos. Also, A Wrinkle in Time (rereading)

What childhood book was your favorite? One of them was a Wrinkle in Time. We need more spunky creative girls.

What trait do you most deplore in other people? Close-mindedness

What trait do you most admire in the people? Engagement

Which talent would you like most to have? It’s not a talent per se but I wish I could fly.

Which job would you like to have if you weren’t an economist? I’m making up a new job here: Systematically empowering people through reading.

What is your airport vice? People watching (with a bit of snark)

What do you consider your greatest achievement? My kids. I’m very proud of them.

Mountain or beach vacation? Both, Jamaica has mountains that come down to the beach.

What’s the hardest thing you’ve ever done? Taking my mother off her respirator on her deathbed. That puts a lot of other things in perspective.