An Economist Takes on Crime

Growing up just outside New York City, Steven Raphael did not have economics on his shortlist of potential professions. In fact, he hadn’t planned on going to college.

But a perceptive high school counselor noticed something in Raphael, now respected for his research on criminal justice, labor economics, immigration economics, and racial inequality. The counselor suggested he apply to college. He did, and chose San Diego State, having recently moved to Southern California. But once he got to college, he had no idea what to do next.

“Part of it was nobody in my family had been to college before,” he says. “The idea of majors and specializing was very new to me.” He’d held a variety of jobs growing up, including some that were very 20th century, like newspaper delivery boy and used record store clerk. He worked for a mechanical contractor and, true to his New York roots, in a pizza parlor. 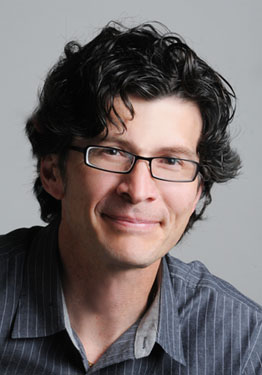 “I was looking for something practical when I started college,” he says. “I wanted a job when I was done.” He started out in accounting, but a brief stint “nearly drove me to suicide,” so that was out.

“In some ways it was serendipity” that he fell into the econ program, he says. But it also made sense. “I wanted to study something that would land me a job, but at the same time I had an interest in social issues.”

The son of a wholesale jeweler and a Costa Rican immigrant, Raphael grew up amid diversity but also racial tension. In suburban Rockland County in the 1970s and 1980s, segregation and racial antagonism were high, and people “identified with their groups,” he says. “The language around these issues was a lot less polite.” He also saw inequality first-hand.

“These were topics that were central to my world view, so when I was finding my way in economics, I was naturally doing research in these areas,” he says.

Raphael would earn his Ph.D. in economics from UC Berkeley, where he now teaches in the School of Public Policy. He holds a number of other research fellowships and positions, including at the University of Michigan National Poverty Center, the University of Chicago Crime Lab, the Institute for the Study of Labor in Bonn, Germany, and the Public Policy Institute of California.

The same combination of serendipity and curiosity that led him to the field also led him to write his first book. After Raphael gave a presentation on criminal records and the labor market at a conference, a colleague asked him the titular question, and Raphael’s 2013 book, “Why Are So Many Americans in Prison?” coauthored with Michael Stoll, was born. (The answer, for the record, lies in changes in sentencing policy, not criminal behavior.)

His work reflects a rich interdisciplinary bent, particularly sociology, because, he says: “Different lenses on a problem have enormous benefits. You see glaring examples in other disciplines that predate the conversation in economics.” Books such as Douglas Massey’s “American Apartheid” offered insights into the issues that interested him, and sociologists Robert Sampson and John Laub’s work on aging out of the criminal life, he says, explained what he was seeing in the data. It also keeps you humble. Raphael’s book “The New Scarlet Letter?” reflects those interdisciplinary strains in examining how a prison record creates barriers to employment.

Still, he sees a unique role for an economist, who aims to contribute impartial data to fraught debates.

“Part of the reason economics is influential,” says Raphael, is the field’s “clear set of standards for what good research is. And at the same time, there’s a willingness to engage and push empirical debates forward.”

As an example, he points to three-strikes laws, where an individual’s third criminal offense receives a much harsher sentence. Economics research, including his own, has challenged the narrative that tougher consequences necessarily decrease crime, garnering attention in the policy realm.

“This is an exciting field,” Raphael says. “Economists have influence. The tools are powerful.”

“To this day, my mother doesn’t know what I do,” he jokes.

And from the standpoint of someone who studies racial inequality, he is acutely aware of the underrepresentation of people of color in the field, and the barriers that might stand in their way.

“Part of it is practicality,” he says. “Academia might not seem like the shortest distance between A and B. That said, I think it’s a great career path.”

When Raphael considers his own success, he credits a string of “guardian angels,” starting with that wise high school counselor. Mentors have consistently given him direction and advice. “Mentors keep you from reinventing the wheel,” he says. “It’s very easy to get discouraged and go down rabbit holes.” While rabbit holes are not always a bad thing, “having good advice can be very helpful.”

Now, as a professor himself, Raphael provides the same support to his own students. Because, he says, “you never know” when someone will discover an interest in or aptitude for economics.

What’s on your nightstand? Pictures of my kids, and The Comedians: Drunks, Thieves, Scoundrels, and the History of American Comedy.

What is an ideal day? I get up very early, at 5:30 or 6:30 a.m. I write for a few hours, get the kids off to school, go to work, go for a run, and spend time with family. I waste an enormous amount of time playing guitar.

What trait do you deplore in other people? When people treat life as a zero-sum game. There’s an enormous amount of room for cooperation.

What trait do you most admire in other people? When people are generous with each other.

What is your greatest extravagance? My guitars--seven or eight of them.

What is your airport vice? Probably cookies. And drinking beer.

Who’s your favorite hero of fiction or movies? Ed Wood. That movie got me through graduate school. The whole movie is about the character making horrible movies, but no matter how bad things get, he has great friends, and is always optimistic.