Dr. Refugio (Will) Rochin, Professor Emeritus of Chicana/o Studies and Agricultural Economics at the University of California

The first of many communities that would shape Dr. Refugio Rochin’s life was a barrio—a kind of “urban village”—in Carlsbad, California, where he was raised by hard-working, Spanish-speaking parents. Rochin began working in the family businesses when he was eight years old. He was the first in his family to go to college, and in 1962 he became one of the first Peace Corps volunteers. While in the Peace Corps in Colombia, he worked with Andean villagers and saw first-hand how community development could empower low-income people. Since then, he has worked with dozens of communities around the world—from Native American groups in Arizona to villagers in Pakistan.

Designated as one of “America’s Top 100 Influential Hispanics” by Hispanic Business magazine, Rochin’s aim in life has been to enhance the effectiveness of public programs and policies that improve socio-economic conditions, health and environment, and community well being. His academic work has broadened opportunities for Latinos, among others, and his international consulting has helped farmers and villagers across the globe strengthen their communities and improve their quality of life.

Rochin did his graduate work at the University of Arizona, where he received an MA in Agricultural Economics/Anthropology; and at Michigan State University, where he received an MA in Communication and a PhD in Agricultural Economics and International Economics. Rochin’s graduate studies were grounded in his work with villagers, farmers, and other agricultural workers. In Arizona, he worked with the Yaqui and Tohono Odum communities, exploring water resource development in the desert. While at Michigan, he worked with United Migrant Opportunity to address housing issues and the poverty of field workers. Of his studies, Rochin says, “I believe that learning is experiential and not necessarily progressive when one is bogged down in courses. I did not seek out professors as much as ideas and creative thoughts that addressed social issues.” 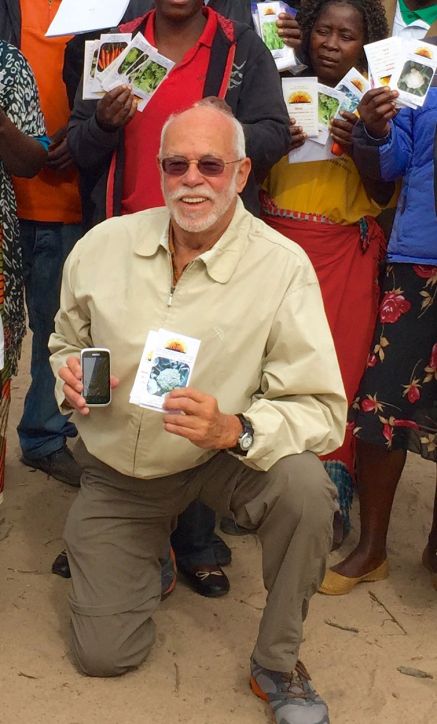 In 1969, he joined the Ford Foundation in Pakistan to work with Nobel Laureate Dr. Norman Borlaug’s Green Revolution team in Asia. Rochin generated research on the diffusion and adoption of high-yielding varieties of wheat, rice, potatoes, and corn, primarily among small farmers in Pakistan and Bangladesh. He published key reports on the impact of new seed technology in Asia, and his dissertation included research on the socio-economic impacts of new technology in Pakistan.

Over the course of his academic career, Rochin advanced to Full Professor in three disciplines: Agricultural Economics, Sociology, and Chicano/Latino Studies. In addition to teaching and doing research, he co-developed new academic programs and curricula at several institutions. For example, when Chicano students at UC Davis wanted an education that addressed their history and culture, Rochin co-founded and chaired one of the nation’s first Chicana/o Studies programs. At that time, Cesar Chavez and the “Latino movement” became a part of his life and he developed new courses on poverty, labor, and the economics of small business and community development. He also drafted plans for Latino Studies at Michigan State University and the University of Notre Dame. At the University of New Mexico (2010–2013), Rochin co-developed curriculum for the American Economic Association’s Summer Economics Fellows Program which prepares under-represented minority students for doctoral degrees in economics.

While working in academia, Rochin also became the Founding Director of the Smithsonian Center for Latino Initiatives, where he worked to increase the representation and recognition of Latinos nationwide. He led the development of an acclaimed Virtual Gallery; summer training in museum administration; and traveling exhibitions presenting examples of Latino history, leaders, culture, music, and art, as well as Latinos in science and technology.

Rochin has won many awards, and his research and publications span topics on science, arts, education, culture, and U.S. community and international development. He has consulted, researched, and generated dozens of studies of villagers and farmers in Africa, Asia, Latin America, and the Middle East. He has published more than 100 articles in professional journals, magazines, books, and government reports. His publications cover a wide range of topics: international development, the diffusion and adoption of new technology, the effectiveness and applications of new programs and projects, and changing demographics within the United States, to name a few.

He continues to research and write articles about rural Latinos and small-scale farmers in developing countries. Following the path of his Peace Corps experience, Rochin consults and volunteers his time to farmers with limited resources, helping them to advance economically and socially in their countries. Recently, he assisted growers in a village in Mozambique, developing business and strategic plans and exploring ideas for the development of a large estate given to them by the government for a community farm.

After several years working to develop new programs and policies at various institutions, he now shares his experiences and expertise with other instructors. Of his work at a nonprofit he co-founded, Knowledge Brokers, Inc., Rochin says, “I am especially aimed at resolving the hurdles educators often face in the creation of tomorrow's teaching and learning environments, both virtually and in direct face-to-face settings.” Recently, he co-founded another nonprofit, The California Foundation Fund, to certify financial literacy instructors who then teach financial literacy to low income people in the community.

Rochin believes in mentoring for life. Today, he enjoys keeping in touch with over 300 protégés—some of them now grandparents—dating to 1971 of his professional career. Proudly, he says he has a directory of over 4,000 contacts worldwide. His many pastimes include yoga, swimming, hiking, and spending time with his grandchildren.

Volunteerism, teaching, research, and leadership are all part of Rochin’s service in the world. One of the many outcomes of his service is the cultivation of connections between people. Farm workers in the United States and villagers in developing countries often ask him for examples and stories of others. Rochin says, “I can cross-fertilize other peoples’ experiences, and that is very enriching.”