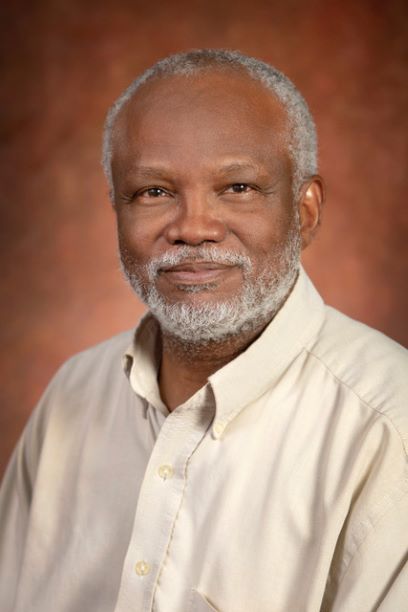 There was a moment when studying economics when it all began to fall apart for Patrick Mason. He was in graduate school at the University of Michigan deep into the study of economic theory when he came across a central tenet of neoclassical economics: that labor is never exploited. Having toiled from age 4 to 19 picking fruit in the orange groves of the Deep South for piece-rate pay, he knew better. “It was a disillusionment moment” that cemented his many other doubts about the theories he was studying. It was also the moment when he began his search for an economics that made sense to him, and that better represented the working class of America.

Mason grew up in Sebring, Fla., pop. 6,000, and like his neighbors and family members, worked in the fields picking oranges, watermelon, tomatoes, and cucumbers and then moving north with the season to pick peaches in South Carolina. “It is hard, nasty work,” he said. Piece-rate work—being paid per bushel of produce picked—converts to less than minimum wage and is “an excellent way to brutally exploit people.” There were no such things as overtime pay, health insurance, disability insurance, vacation time, sick days—and no other options for him or his neighbors. Agricultural work in the South, which largely employed black workers, was not covered by labor laws, part of the bargain the Dixiecrats required if they were to support labor laws and unions in the North.

His parents encouraged him to get out of the fields and into college, and he landed a scholarship to St. Edwards University, a small Catholic school in Austin, Texas. The school was struggling financially and to ward off its demise, it sought to broaden its student base by recruiting Mexican and African American students under the College Assistance Migrant Program. Mason received one of those scholarships. He arrived in Austin in 1976 with a small group of fellow black students, their only common tie to the Mexican recruits was their background as agricultural workers. It was eye-opening for Mason, who until then was unaware that anyone other than African Americans were being exploited in the fields. “And they didn’t know blacks were doing it either,” he said of his fellow students. Despite their differences, “we saw the world in the same way because of our work backgrounds.”

Although he’d set out to become a lawyer, by his senior year, he’d instead applied to a PhD program in economics. It had been a sudden decision, and he knew nothing about a PhD program, he said. But he forged ahead. He moved from Austin to Ann Arbor to attend the University of Michigan. Michigan, he said, was “a whole different world.” With most of his friends working and living in Detroit, he saw first-hand the difference a union could make for workers.

Slowly he was building an interest in labor economics. “Each step of the way, labor and social justice were my interests. How working-class people live,” he said. But the university, with its deep grounding in neoclassical theory, was not fitting snugly into his understanding of the world. “I couldn’t connect the modeling to the issues I was interested in,” he said. “In graduate school, you learn the technical first, and only then do you get to study interesting issues.” Impatient, he left for New York and The New School in the fall of 1983.

“That for me was absolutely fantastic,” he said of his education at The New School. “I was finally in a place that was interested in the issues I was interested in and where the technical and policy interests came together.” It was also at The New School where, ironically, he began to better understand neoclassical economics as he sorted through multiple schools of thought.

After his dissertation, he followed the job market to Tuskegee University, Atlanta University, University of California Riverside, Wayne State, Notre Dame, and in 1999 back home to Florida State, where he is now a full professor of economics. His work has covered labor economics, political economy, education, crime, and social identity.

It was the latter field of study that confirmed, again, that certain economic theories are too pat.

Neoclassical economics says that if you increase the cost of something, people will do less of it. But how does that explain racial identity, he wondered? If the theory holds, then why would anyone identify as black in today’s world? What’s the economic benefit of that? In fact, he found that instead of waning black identity, “most African Americans have a fierce attachment to being black. So that forced me to think that maybe the way we think about benefits and costs and social interactions needs expansion.”

He also thinks the economic field needs an expanded vision, with more people of color rising up the ranks. But until things change, he isn’t surprised the pipeline isn’t full. The field is not attracting black students in particular, he thinks, because of the messages black students constantly hear.

“There’s a permanent search for alleged sources of black inferiority that goes on in economics courses and models,” he said. “All black students hear about is essentially ‘bad black families’” as the reason for disparities and poverty instead of, say, lack of wealth and power or socioeconomic exclusion. “You could spend years hearing this negative message, or you can get an MBA in finance and not have to hear it and make more money.” A least in this case, the “rational man” argument might just hold after all.

Mason sees glimmers of hope for working America today, despite the gutting of unions. Once again, alternative options are on his radar, starting in the fields and orchards of Florida where he once worked. The Coalition of Immokalee Workers, he said, is negotiating agreements with the end users of tomatoes to pay a penny more per pound than the market rate. Fast food outlets, the government of Norway, and other end users have agreed to the slightly higher rate, which is passed through to workers. The agreement is monitored by the Fair Foods Standard Council. The result has been a 45 percent pay increase for the laborers.

“People are getting elected with broader ideas about what government should do,” he said. For nearly forty years, the government has ignored and undercut workers. “It’s good to see new and better ideas today concerned for the workforce.”

Which words or phrases do you most overuse?  Well,

What historical figure(s) do you most identify with? Martin and Malcolm

What trait do you more deplore in other people? Lying

What trait do you most admire in the people? Loyalty

Which talent would you like most to have? That’s a tie between a singer and a point guard in the NBA

Which job would you like to have if you weren’t an economist? Lawyer or politician

What is your greatest extravagance? Restaurants and books

What do you consider your greatest achievement? Family

Mountain or beach vacation? Mountain. I live in Florida.