Bringing Women’s Work into the Light 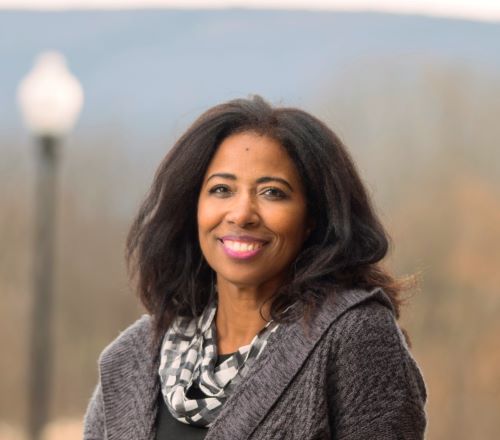 From a young age, Nina Banks understood that she was seeing the effects of economics in the racial inequities she saw in her Pennsylvania hometown.

“I looked around and noticed in my racially segregated town that there were tremendous economic disparities between Black people and white people,” says Banks, an associate professor of economics at Bucknell University.

While some people come to racial justice work through the humanities, or perhaps social work or law, Banks knew by middle school that economics offers a window to understanding the systems that fuel inequity — and a path to real change.

By the time she was in graduate school at the University of Massachusetts Amherst, Banks had found a focus on feminist economics, and a friend studying history showed her a book on Black women in American history. One entry that attracted Banks’ notice was on Sadie Tanner Mossell Alexander, the first Black person to attain a doctorate degree in economics, in 1921. It was the first time Banks heard the name of the person who would come to dominate her research for years to come. Banks will publish a book of Alexander’s speeches this summer, to be followed by a biography, both via Yale University Press.

Years after first seeing Alexander’s name in a history book, Banks encountered her again while co-teaching a course on African American feminist thought with a political science professor. An anthology they used for the class included an article that Alexander had written for Opportunity magazine in 1930.

“All kinds of light bulbs came on,” Banks recalls, “because what I realized is that in 1930 Sadie Alexander was talking about issues that feminist economists were thinking about in later decades, when I was in graduate school in the 1990s.”

Finally, after reading economist Julianne Malveaux’s article on the loss to the economics profession from not having Alexander within it, Banks decided to conduct archival research in search of Alexander’s economic views. What she found was extensive evidence that Alexander had continued to practice economics in the public realm despite becoming a lawyer. Banks’ discovery led to a determination to restore Alexander’s economic thinking to the economics profession.

Banks found that Alexander was “probably the first” US economist to advocate for a federal job guarantee. She also found that the public speeches Alexander gave from the 1920s through the 1960s provide a detailed view into the economic lives of African Americans in those times.

The speeches Alexander gave were also remarkable because of who she gave them to: not economists, not even academics, but “ordinary folk,” Banks says.

“One of the things that I love about her speeches is that she was popularizing economic thinking,” Banks says. “She was giving speeches to people who were in religious and civic organizations — the Elks Club, church organizations, synagogues, the YMCA — about these really important issues connected to the economic status of African Americans.”

She did all this while raising children, an angle that piqued Banks’ interest as a feminist economist who has long focused on questions of women and work.

In an article in The Review of Black Political Economy last December, Banks sought to shine light on Black women’s unpaid work in America — not only child care, cooking, and housework, but also through community activism and collective action.

The article — which garnered a write-up in The New York Times — also documents cases of such work by Mexican American women and Dalit women in India, among others. Recognizing this unpaid work is important, Banks said, to get a full picture of what is being produced and by whom. Quantifying this community work is hard since it has always been unseen and because the market prices that we could assign to it would undervalue the social gains.

“The key difference here,” Banks explains, “is that this work is always in response to disparities. And so the objective is to get a sense not just of this disproportionate amount of work that women are performing, but also to call attention to systemic racial disparities and to change them.”

Change is something she’s also hoping to accomplish during her term as president of the National Economic Association, an organization founded in 1969 to advance minorities in the economics profession. Much as she’s worked to restore Sadie Alexander’s place in history, Banks is hoping to give the contributions of the NEA and of Black economists the spotlight they deserve in current and future economic thought. That starts with bringing more visibility to the organization and its members, and in making decision-makers aware of it — and its members — as a resource.

One hundred years after Sadie T.M. Alexander made history in economics, Banks hopes to pave the way for more Black American voices in the field, and to make sure that the world will never forget their contributions.

What’s on your nightstand?
Ghanaian shea butter, satin sleep cap, sleep mask, and a copy of We Do This ‘Til We Free Us by Mariame Kaba

What job would you like to have if you weren’t an economist?
Filmmaker

What is an ideal day?
Having all of my extended family together in Louisiana. The kids would spend the day crabbing and later we would all enjoy a blue crab boil on my sister’s patio – with the crabs that we ended up having to buy!

What trait do you deplore in other people?
Indifference to suffering

What trait do you most admire in people?
Kindness

What historical figure do you most admire?
Fannie Lou Hamer

What is your favorite extravagance?
Staying at luxury hotels

What is your worst habit?
Impatience

Which talent would you most like to have?
Pottery making

What’s the hardest thing you’ve ever done?
Raise two children on my own