Watching the Economy at Work in Current Events and Public Policy 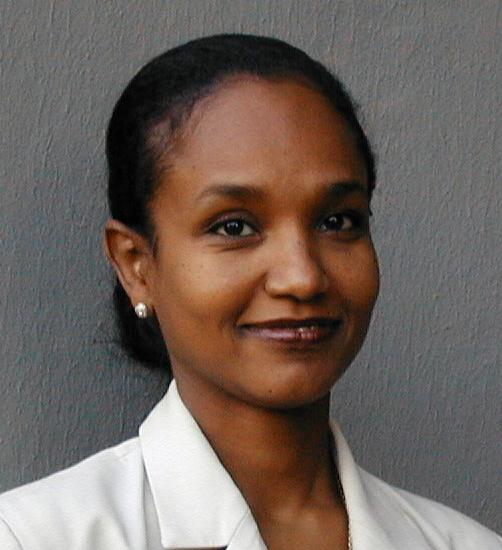 When Nada Eissa moved from Sudan to the United States with her family at age 9, a lot changed. The weather was different, and she was no longer living within a short drive of her entire extended family. But most of all, the change in location shifted her perspective of what poverty is and whom it affects.

“I think that moving from a poor country to a place like the U.S. must have struck some chord in my mind,” she recalls.

She remained attuned to the economy and its effects on people’s lives as she got older, and current events became the stage on which she watched it play out.

“As a teenager, I was always interested in economic news,” she says. “Whenever there was something about the economy, I found myself just listening and paying attention.” The 1980s were an exciting (and troubling) time for anyone interested in economics: Inflation was high, and the Fed’s efforts to curb it led to high unemployment. “Living through that piqued my interest,” she says, and she knew as she entered the University of California, Berkeley as an undergraduate that economics was what she wanted to study.

At first, she was most interested in macroeconomics. “I was really fascinated by how the economy functioned, how the Fed could alter the trajectory of the economy so powerfully and also have this dramatic impact on people’s lives,” she says. “So the whole big picture was interesting to me.” She entered graduate school at Harvard intending to study international macroeconomics, and then, in her third year, took a class that “opened a light,” as she describes it, onto public finance, which has become the cornerstone of her work.

Much of her research as an associate professor of public policy at Georgetown University and research associate at the National Bureau of Economic Research (NBER) has been on the design, effects, and sometimes unintended consequences of taxes and transfers, especially the earned income tax credit (EITC). Data has shown that the program is effective in encouraging people to work and has resulted in an increase in hourly wages and after-tax incomes, Eissa says. But it leaves out those who choose not to work or, more importantly, cannot work. Her findings have suggested flaws in the design of the program: “We could target the program better and give more money to poorer people,” she says. The next set of questions Eissa is hoping to address in her research focus on the impact of the EITC on wages of eligible workers. The research will attempt to tease out what share of the credit benefits employers by enabling them to offer lower pre-tax wages.

More recently, her work on taxation has expanded in scope, to developing countries and conducting field experiments to understand tax evasion. In Rwanda, she’s working with colleagues and the Revenue Authority to examine the potential for mystery shoppers to serve as auditors for the Value Added Tax.

Next questions are always on Eissa’s mind, including some that linger from work she did in the early 2000s, upon first arriving at Georgetown, on the impact of school choice programs. She and colleagues helped gather and analyze data from the first federally funded voucher program, which passed in 2004, and found no consistent impact on test scores, but a strong boost to high school graduation. But still underexamined, Eissa says, is what happens to public schools when vouchers remove their top performers. How do teachers and administration respond, and how does it affect the outcomes for students still enrolled? “These are still questions that are on my list of things to do,” she says with a laugh.

When she started two years of service as deputy assistant secretary of the Treasury for economic policy, her to-do list was clear from the start. Her first day was Aug. 29, 2005 — the day Hurricane Katrina hit New Orleans. Instead of looking at Social Security privatization and various options for investments and returns like she thought she would be doing, she was thrown right into helping shape the administration’s policy on recovery in New Orleans and thinking more broadly about the federal government’s role after large-scale disasters. Not long after, avian flu was starting to become an area of concern, and her work shifted to what government responses should be to pandemics. Even though “we finally went back to more sane, normal topics like health insurance,” she says, she enjoyed the opportunity in that role to explore “things I would never have thought about otherwise.” And given the current state of the world, the experience at Treasury proved critical to how she’s evaluating the government response to COVID-19.

Even before the $2.3 trillion of additional spending Congress passed in March and April, Eissa said these days, the policy issues that “keep me up at night” are the deficit — “I’m very worried that we’ve cut taxes so much and haven’t done anything on the spending side, and I think sometime in the near future that’s going to hit hard,” she says — and income and wealth inequality.

Across her career, Eissa has studied how government can best support a nation’s people, and how the design and administration of taxation can have profound effects, which may be why that last concern weighs so heavily on her.
“I think we’re now beginning to see a loss of faith in institutions, people don’t believe that government works for them anymore. It all feeds into a worrisome story about where we could be in a few years.”

What is an ideal day?
A quiet day.

What trait do you deplore in other people?
Cruelty.

What trait do you most admire in people?
Fearlessness.

What is your favorite extravagance?
Upgrading on very long flights.

What is your worst habit?
Biting my nails.

What’s the hardest thing you’ve ever done?
Being a parent.