#NerdPride: Nurturing a Culture of Innovation 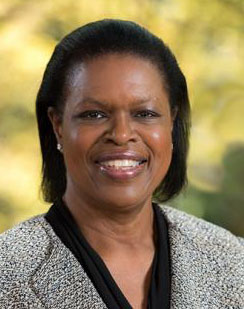 Kaye Husbands Fealing wanted her daughter to love math. And to feel proud of that love.

As an African American woman who has risen to the top of her field in economics, Husbands Fealing knows all too well what it’s like to be a self-described math nerd in a culture that doesn’t expect or approve of women exceling in STEM fields.

“Often women and women of color are not encouraged to do the kind of work I do,” she said. She called herself a “math nerd” at home while her daughter was growing up to model a love of and pride in mathematical thinking.

“I wanted to let her know that it shouldn’t be unusual that we do what we do,” she said.

After attending the University of Pennsylvania and Harvard in the 1970s and 1980s, Husbands Fealing had a long career as an economics professor at Williams College. She is currently the chair of the School of Public Policy at the Georgia Institute of Technology. Her work has centered on the nexus of trade and industry. She has studied everything from the automotive industry to innovation policy to food safety.

Mathematical thinking and economics always came naturally to Husbands Fealing. She immigrated to the United States with her parents from Barbados when she was almost eight years old. She grew up in Brooklyn and remembers listening to discussions about economics at her kitchen table and sitting in on the economics courses her father taught at Montclair State College in New Jersey.

“It just made sense to me,” she said.

Husbands Fealing and her father both attended the AEA summer program in the 1970s (her father got his degrees later in his life.) Her parents, she said, always taught her “you can do anything you want to do.”

She moved up the ranks to full professor and chair at Williams and was at the college from 1989 to 2009. In that time, she studied Japanese and U.S. competition in the automotive industry, the automobile supply chain in Mexico, and strategic alliances in the aircraft industry. This eventually led to an interest in bottom-up technological innovation.

In 2006, the National Science Foundation (NSF) asked her to develop a new program that she named the Science of Science and Innovation Policy Program to support research designed to advance the scientific basis of science and innovation policy.

Husbands Fealing benefited throughout her career from mentors and family, including leading economists; Bell Labs, which supported her education; and her parents. Husbands Fealing took a nontenured job for four years to care for her ailing parents, just as they’d altered their career paths for her when her daughter was young. She considers their support an important part of her success as a working mother. This kind of support, she said, “enables us to do what we do.”

“I was very grateful for those times when people extended themselves to me when they didn’t have to and, therefore, I feel it’s critically important to do that for others.”

Today she stresses the importance of changing the climate to make economics and all of our classrooms, boardrooms, and workplaces more welcoming places for everyone.

Husbands Fealing said the discrimination she experienced as a woman in the field was mostly a presumption that she was not intelligent or when others repeated her ideas and got the credit.

That, she said, “is what we live with. And you either decide you are going to walk away from it and think ‘why bother?’ or you think, ‘I have ownership of this, and there is no reason someone should be able to push me aside.’”

She recently led a workshop for research scholars at historically black colleges to discuss grants with NSF program directors, and she tells the story of insisting to the director of a science summer program in Minneapolis that her daughter not be the only girl enrolled in the program.

The road to changing the climate for women and minorities in the field may be a long one, but Husbands Fealing is comfortable with that.

“We are setting down tracks for the future,” she said. “That matters. We may not be around to see it, but it is effective and it does matter.”

Her daughter, meanwhile, is learning to fly planes and considering a master’s program in applied data analytics or a Ph.D. in behavioral economics.

What’s on your nightstand?
I’m a neatnik, so there’s very little on my nightstand. Currently, a magazine with Michelle Obama on the cover.

What childhood book was your favorite and why?
I loved Agatha Christie books. I love that she’s a sleuth. My mother loved them too and I used to read hers.

What trait do you most deplore in other people?
I don’t like it when people don’t listen. Listening is really important.

What trait do you most admire in the people?
Fortitude.

Which talent would you most like to have?
Well because of this job I have, communication. Really getting people to talk to one another.

Which job would you like to have if you weren’t an economist?
I really like designing homes. Interior designer, architect. It has to be technical or I’d get bored.

What do you consider your greatest achievement?
My family. My daughter. My husband. I’m really grateful for that. I’m very much a loner. It took me forever to get married and people said, “what was she waiting for?” But then I married my best friend and he’s terrific, and we have a terrific daughter.

Mountain or beach vacation?
I’m from the Caribbean, so I’m supposed to say beach and that’s where my family likes to go. But quite frankly, I can’t stand the heat. I had the best time when I was in Whistler, British Columbia. We got about 7000 – 8000 feet above sea level. That was great.

What’s the hardest thing you’ve ever done?
When I lost both of my parents. Caring for your family members as they begin to fade. That’s an honest answer.