Making the Most of Measurements 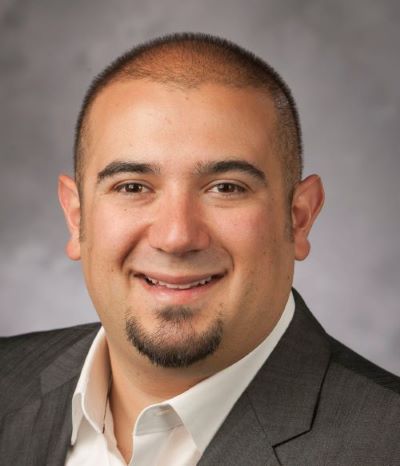 A lot of Juan Carlos Suárez Serrato’s work in economics has been cutting through the smoke to see the fire. Before you can address your burning research question, before you can really understand the mountain of data you’ve gathered, you need to understand what you’re measuring and whether you’re measuring it properly, says Suárez Serrato, an associate professor of economics at Duke University and a faculty associate at the National Bureau of Economic Research. Getting that right is the foundation for everything that follows, but it’s not always easy.
“It's taken me some years to really understand that,” he says. “Many times we think numbers mean what they mean, but really understanding how different data sets or variables are put together, and really understanding what it is that things are measuring — I think it's harder to do, but also very important.”

Suárez Serrato applies that meticulousness of measurement to his work studying public finance — how the government provides services and the methods it uses to fund those services.

While much of his previous research looked at taxation and incentives within the U.S., particularly how such programs affect where people and businesses decide to locate, his recent work has shifted his focus to China.
“What I've been working on is how do companies in China respond to tax incentives? And then, also, how do multinationals respond to taxes?” he says.

His work has zeroed in on research and development incentives, and how companies game that system in ways that seem murky on the surface — but that careful measurement reveals.
“Part of what we're trying to figure out is, to what extent does this idea of having these relabeled [activities], that's not real activity, prevent us from figuring out what are the actual returns from R&D investment?” he says. “Even though some of these firms are doing this, does it still make sense for the government to incentivize investment if it gets some real investment? What we ended up finding is that somewhere around 25% of the investment is not new, real R&D — but even then the incentives are pretty effective at getting more investment in R&D in China.”

Similarly, companies in China have developed ways of skirting compliance with environmental regulations, which makes it hard to understand whether energy efficiency and cleaner technology goals are really being met. But by homing in on the right measurements, Suárez Serrato has found so far that there’s a lot of energy expended on shifting paperwork without much real-world energy saved in actual operations.

But determining whether a tax incentive is good or bad, or effective or ineffective, isn’t the whole story, Suárez Serrato has come to appreciate.

One “light-bulb moment” in his career, he says, was understanding that “sometimes there could be complementarity between behavior that seems to be not necessarily desirable from a social perspective with real economic activity.” A company might be hiding income or bending rules by muddying where activities take place or which affiliated company handles what operations, for example, in order to dodge taxes or regulations. But that might allow the company to hire more people in the locality the incentives are designed to help. “I think sometimes we're too focused in the economics profession on just looking at the causal effect of something on something,” he says. “And we're not really focused enough on really thinking about what is it that we're measuring and what else should we be measuring.”

Even before he was an economist, Suárez Serrato looked closely at the world around him and sensed there was something more beyond the surface.

On street corners in Mexico City, where he grew up before moving to Texas with his father before college, he frequently saw panhandlers, and he also saw a problem.
“I remember thinking that there was a fundamental failure of coordination of how society was not able to take care of people,” he recalls. “It seemed to me like there's a lot of people that have a lot and many more people that would benefit greatly from sharing in their prosperity. And at the same time, there could be more structured ways that society and the government could care for them. Looking back, that’s something that now I realize I understand from the lens of the toolkit that I use these days, it just felt like something that had to be solved.”

He started college with an eye toward accounting, then finance, but found himself looking for something that offered more tools for solving society’s problems.
“I thought economics combined the really interesting parts of some of those disciplines, but had to do with decision-making, but then also brought it back to this idea of how do we think about designing systems that address some of these issues of inequality and poverty?”

That, to Suárez Serrato, was exactly the right thing to measure.

What’s on your nightstand?
Four books:
"Wild Milk" by Sabrina Orah Mark
"Public Finance and Public Choice" by Buchanan and Musgrave
"Black Reconstruction in America" by W.E.B. DuBois
"These Truths" by Jill Lepore

What job would you like to have if you weren’t an economist?
Diving instructor in Palau.

What is an ideal day?
OK, so we are in Cozumel. The kids somehow manage to sleep in until noon while my wife and I go diving. We then hang out by the beach and eat seafood.

What trait do you deplore in other people?
Elitism.

What trait do you most admire in people?
Grace.

What historical figure do you most admire?
I don't really admire historical figures, but I enjoy reading about them and learning from their successes and mistakes. I recently enjoyed learning more about U.S. Grant from Ron Chernow's biography.

What is your favorite extravagance?
Guitars. Old guitars. New guitars. All kinds of guitars.

What is your worst habit?
Checking my phone in the middle of the night and then not being able to fall asleep again.

Which talent would you most like to have?
Patience.

What’s the hardest thing you’ve ever done?
Parenting through a pandemic.