Reaching beyond Economics to Answer the Big Questions 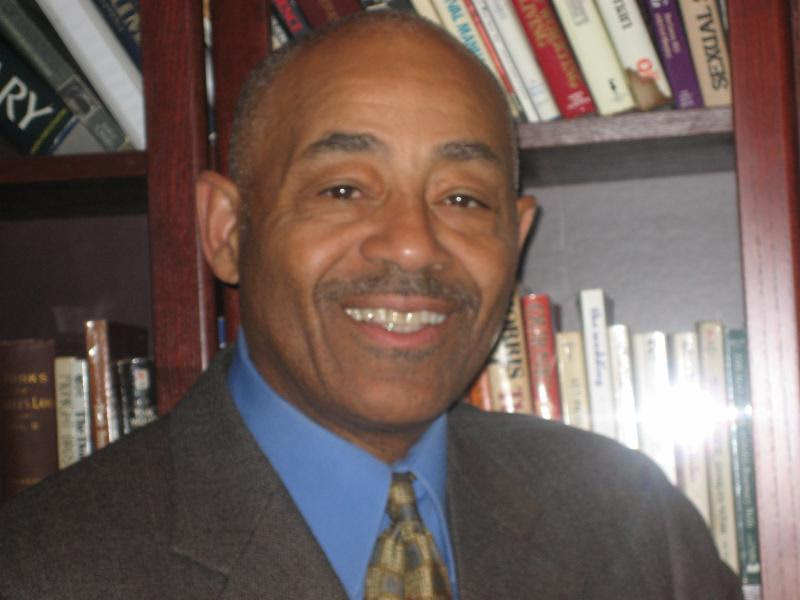 An unexpected snowstorm that blanketed the Midwest one Friday in 1968 set Gerald Jaynes on his career path. He was a 21-year-old soldier stationed near Boston on a flight to Chicago when the storm hit. The passengers finally reached their destination Sunday morning by train. Many of them were bound for an American Economic Association meeting in Chicago.

“I ended up spending the weekend with all these economists,” said Jaynes, who was about to start his freshman year at the University of Illinois at Champaign-Urbana.  “You’ve got to take economics!” they told him.

Jaynes grew up in the Illinois prairie town of Streator, the son of a mason. His family was among the area’s few black residents and many of them, including his father, had graduated from high school at a time when few African Americans did. Jaynes knew from a young age he was headed to college.

“I was sheltered from problems a lot of black males in large cities might have had in believing that they could succeed and compete in the larger society,” he said. “I’m the only black person in any class, and I’m finding out that I’m smart.”

After three years in the Army, including a year in South Vietnam, he enrolled at the University of Illinois at Champaign-Urbana. He liked the economics courses he took but fell in love with philosophy and chose it as his major.

Soon after graduation, he was still debating which graduate program to pursue when he picked up a copy of the American Economic Review. Inside he saw a picture of Sir William Arthur Lewis, who later won a Nobel Prize in economics. “This nice black face was smiling at me. I said, ‘I’ll take this as a sign,’ and I went into economics.”

Not long after completing his PhD at Champaign-Urbana, he published a groundbreaking paper describing an economic result now known as the Jaynes-Hellwig-Glosten Allocation. It describes how markets where buyers and sellers have incomplete information about each other, such as insurance or credit markets, arrive at a state where supply equals demand.

Much of his work is more interdisciplinary, drawing on methods from history and the humanities. Jaynes credits the influence of two early mentors—one a historian and the other a professor of African American literature—for his interest in “conceptually big” research questions that cannot “be answered with a simple economic model.”

In his first book, which drew on historical records from the Freedman’s Bureau, he upended the prevailing idea among both historians and economists that family-based sharecropping in the American South had arisen quickly after the end of the Civil War.

He also led a monumental interdisciplinary study for the National Research Council on the status of black Americans since World War II. The report, Common Destiny: Blacks in American Society, won acclaim and served as a resource for researchers and policymakers.

In recent years, he has testified before Congress and the U.S. Civil Rights Commission on the economic impact of immigration.

Working with a demographer, he expected to find that immigrants were displacing the least educated black men from low-wage employment. Their findings surprised them. The effect on African American employment was either zero or very low and only in isolated industries and locations, such as meatpacking in Arkansas and Nebraska.

“Shutting off immigration, which has a net positive effect for the entire economy to protect a few thousand black workers, I don’t think that’s good policy,” he said. “We should be doing something else for those black workers.”

Jaynes advises doctoral students and early career economists to seek out original problems and methods that allow them to be conceptually creative. He says he never wrote a paper he thought that someone else could just as easily write. “When I spend a lot of time on a project, it’s because I have something unique to bring to it.”

What’s on your nightstand? A book called Playing the Numbers: Gambling in Harlem Between the Wars. Also Pride and Prejudice. I’m a romantic. I love Jane Austen.

Which job would you like to have if you weren’t an economist? Civil rights attorney. That’s keeping it to something I could actually do. If it’s wide open, I would be a jazz musician.

What's your greatest fear? That I won’t finish the two books I’m writing.

What’s the hardest thing you’ve ever done?  I survived a year in the Vietnam War, that was pretty hard. But telling my children their mother had unexpectedly died was harder. So was being a widower.

What historical figure do you most identify with? Mahatma Ghandi, since I first learned about him in the fourth or fifth grade.

What trait do you most deplore in other people? Intellectual dishonesty.

What trait do you most admire in the people? Compassion.

Which talent would you like most to have? I would like to be a much better networker and self-promoter. I am really very introverted. Most people wouldn’t guess it, but I am.

What’s your biggest regret? I didn’t have any girls to date in high school because there wasn’t any interracial dating. I was the only guy on the football team that couldn’t get a date.

What do you consider your greatest achievement? You’re not supposed to answer children, which would be the answer. But it would be my role in creating the combined doctoral program with African American Studies and the many departments at Yale. That will be a living, breathing thing long after I’ve gone.