Honing In on the Economics of Higher Education 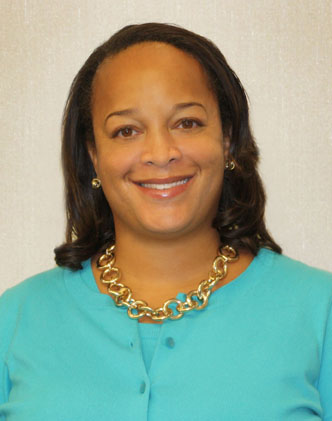 After her freshman year in high school, Bridget Terry Long and her family moved from Ohio to the Chicago suburbs for her father’s job. Unlike many people, who find a home near work, her dad took a different approach. He drew a 30-mile-radius around his new job and asked locals, “Where are the best schools around here?” They bought a home in Naperville.

“Education,” says Long, “was a driving force” in her family. Today, she is the Academic Dean and Saris Professor of Education and Economics at the Harvard Graduate School of Education. As an economist who specializes in the study of higher education, her work hones in on the transition from high school to college and the many factors that influence students’ higher education outcomes.

“The larger, overarching question that’s always been on my mind is whether higher education is a leveler, or does it exacerbate inequalities?” she said.

To her parents, who both went to college later in life, education “wasn’t so much about having money, it was about having choice,” she said. Long’s parents grew up in the rural South in a segregated community, and she said her parents saw how education opens doors.

Today, though, the picture of higher education is increasingly complicated. Long’s work uncovers the nuances of educational investments, and she has studied how rising tuition and access to financial aid affect student enrollment and graduation.

“On average, college still pays,” she said, though perhaps not for everyone. “Whether an educational investment pays off, especially in the short term, is the interaction between where you go, what you study, and how much debt you take.”

However, much of Long’s work focuses on whether students choose to enter the college pipeline in the first place. Some of her work falls into the realm of behavioral economics, which studies the social and psychological factors behind people’s economic decisions, and the “nudges” that can help steer decisions.

In one of her most cited experiments, Long and fellow researchers showed how a simple intervention could open up opportunities for far more students. When tax preparers helped low-income families fill out intimidating student aid forms, 30 percent more high school seniors enrolled in college, and 20 percent more young adults who had already graduated from high school enrolled in college. And those who enrolled were 8 percentage points more likely than their peers in a control group to make it through at least two years of college. The impacts of the experiment were particularly large for families earning less than $22,000 a year.

“It was very clear evidence that these barriers, which might seem minor, have huge effects of whether people enter the pipeline,” she said. So, she wondered, “How can we break down some of these barriers so people aren’t locked out?”

“My work usually starts with: What does a 17-year-old know? And think? And see? And who do they talk to?” she said. “A lot of that comes from just listening.”

She’s been listening to people, particularly those less fortunate than her, all her life, from the homework tutoring center she started in a low-income housing development as a college student to her work registering voters for the 1992 election and her summers as a child on a farm in rural Virginia. Today those diverse experiences inform her work.

She didn’t always know economics would be her career path. But her freshman year of college, her father convinced her to take an undergraduate economics course at Princeton. Reluctantly, she enrolled.

But it quickly clicked. It was the perfect combination of math and history. “I just thought, ‘Oh my gosh. The world makes sense,’ ” she said. It was a way, she added, to “see the world in new and interesting ways, and reason through anything put in front of you.”

Her passion and hard work have catapulted her to leadership in her field, and she became the first assistant professor in two decades to rise through the ranks and get tenure at the Harvard Graduate School of Education. Since then, she has testified multiple times before congressional committees on education issues, won numerous research grants from foundations across the country, and was appointed by President Obama to serve as member of the National Board of Education Sciences, the research arm of the U.S. Department of Education, in 2010.

Her advice to future economists is to have no fear, ask questions early and often, and send out those journal articles. “People may question your intelligence, but just stay focused and do it anyway.”

Above all, she says, embrace your own perspective.

What’s on your nightstand?
Shonda Rhimes’ new book, “Year of Yes.”  I’m looking for something to encourage me to still take risk.  Also, “The Way of Boys.” I have two boys, six and eight.

What is an ideal day?
It starts with a nice strong cup of coffee that I actually get to drink, slowly. Then it’s me focused on a problem where I get to run data and think and I’m not rushing because there’s a deadline. The ideal day would also involve lunch and wine with an old friend where we could talk about life. At the end of the day, I’d sit on the floor and talk with my kids, talk about how their day was, and play Legos or other games.

What trait do you deplore in other people?
Hypocrisy. Ego. Indifference.

What trait do you most admire in people?
Someone who puts effort toward continually learning and engaging. Someone who is nice even though they don’t have to be. And someone who is a good listener.

What is your greatest extravagance?
Travel.

What is your airport vice?
Swedish Fish. That and ordering a glass of wine on the plane.

Mountain or beach vacation?
Beach. Though I like them both, it just depends on how tired I am.

Maynard Keynes or Milton Friedman?
I don’t think I can go for Friedman.  Years ago, I once had a mini-exchange with him about what might be the consequences of legalizing all drugs and whether the costs of the transition, which might include losing a generation of youth, was worth it.  I wasn’t sure the long-term benefits he described were worth the short-term costs.

What’s the hardest thing you’ve ever done?
Have children. No question on that one.