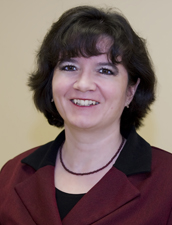 Marie T. Mora is Professor of Economics at The University of Texas – Pan American (UTPA). Prior to joining UTPA in 2002, she was a tenured faculty member at New Mexico State University. Her primary research interests are in labor economics, particularly in the areas of the economics of education, Hispanic labor-market outcomes (including self-employment), and the economics of the U.S.-Mexico border. She has published 30 articles on these topics since 1997 in refereed journals. She is currently co-authoring a book on Hispanic Entrepreneurs in the 2000s, under contract with Stanford University Press, and her first co-authored/co-edited book, Labor Market Issues along the U.S.-Mexico Border, was published by the University of Arizona Press in late 2009.

Mora is currently serving on the American Economic Association’s Committee on the Status of Minority Groups in the Economics Profession (CSMGEP), the Board of the American Society of Hispanic Economists, the National Advisory Board for the Robert Wood Johnson Foundation Center for Health Policy at the University of New Mexico, and the Editorial Board of Social Science Quarterly. She is also a mentor inthe Diversity Initiative for Tenure in Economics (DITE) Program, and she completed her second two-year term as President of the American Society of Hispanic Economists in September 2010. Mora holds a Ph.D. in economics from Texas A&M University, and B.A. and M.A. degrees in economics from the University of New Mexico, located in her home town of Albuquerque.