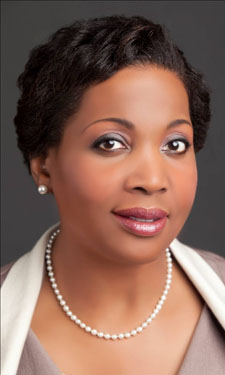 Lisa D. Cook is Associate Professor of Economics and International Relations at Michigan State University. She was the first Marshall Scholar from Spelman College, received a second B.A. in Philosophy, Politics, and Economics from Oxford University, and earned a Ph.D. in economics from the University of California, Berkeley with fields in macroeconomics and international economics.  Prior to this appointment, she was on the faculty of Harvard University’s Kennedy School of Government and was a National Fellow at Stanford University.  Dr. Cook is the author of a number of published articles, book chapters, and working papers and holds several editorial appointments.  Among her current research interests are economic growth and development, innovation, and financial institutions and markets.  Her research has been funded by the National Science Foundation, the National Bureau for Economic Research, and the Economic History Association, among others.  She is currently Co-Director of the American Economic Association Summer Program, has previously served as President of the National Economic Association and at the President’s Council of Economic Advisers, and has had visiting appointments at the National Bureau of Economic Research, the University of Michigan, and the Federal Reserve Banks of New York and Chicago. She serves on the Advisory Board of the Lemelson Center for the Study of Invention and Innovation of the Smithsonian Institution and is a member of the Council on Foreign Relations. She is a guest columnist for the Detroit Free Press and a regular contributor on MSNBC.  She speaks English, French, Russian, Spanish, and Wolof.