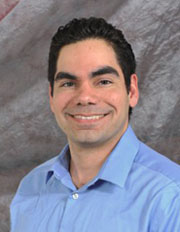 Dr. Jose M. Fernandez is currently an Associate Professor of Economics at the University of Louisville. Dr. Fernandez received his PhD in Economics from the University of Virginia in 2008. He conducts research in Crime, Health, and Labor economics. His scholarly work has appeared in several economics journals including the International Economic Review and the Journal of Business Venturing as well as received media attention from news outlets such as the Wall Street Journal Blog, Washington Post Wonkblog, and The Economist magazine. He is a member of the American Economic Association, the Southern Economic Association, the American Society of Health Economists, and the American Society of Hispanic Economists. He is a fellow of the Diversity Initiative for Tenure in Economics (DITE). He is currently the Co-President of the Hispanic/Latino Faculty and Staff Association at the University of Louisville.