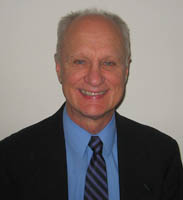 Daniel Newlon was appointed Director for Government Relations for the American Economic Association on October 1, 2009. He was Director of the National Science Foundation's Economics Program from 1980 until he retired in 2009 except for a six-month sabbatical at the World Bank in 1989. He came to NSF in 1974 as the Associate Director for the Economics Program and the social science coordinator for an NSF-wide research initiative on energy. He taught at the State University of New York at Binghamton in 1969-1970, took a two year leave for military service and then returned to SUNY Binghamton from 1972 through 1974. He received a B.A. in mathematics from the University of Delaware in 1964; a M.Sc. in economics from the London School of Economics in 1966; and a Ph.D. in economics from the University of Virginia in 1970. He was also a Fulbright scholar for one year at the University of Koln, Germany in 1964 – 1965.