What’s behind the decline in US manufacturing pollution? 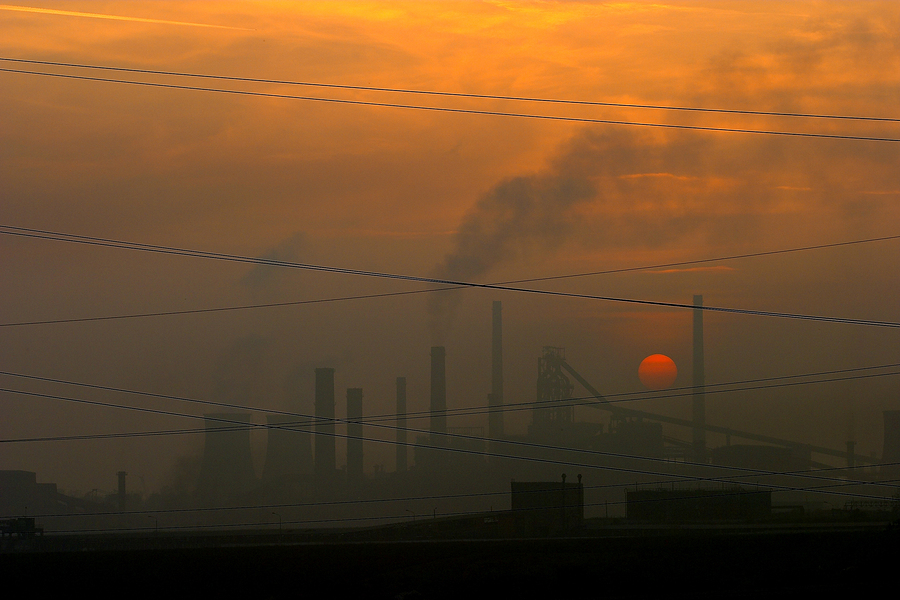 Is the sun setting on air pollution from steel mills and other heavy industries?

Environmental regulations to improve air quality expanded at all levels of government after the 1970s. Researchers know that cap-and-trade and abatement-technology requirements reduced acid rain and smog in places like Los Angeles and New England.

But economists have struggled to tally up all the regulations on US manufacturers and their impact on air pollution at a national level.

A study published in the December issue of the American Economic Review documents how several air pollutants have declined across the country and which factors played a role.

“People were worried that by the end of the 20th century, air pollution would become so bad that cities like New York and Los Angeles would be unbearable,” author Joseph Shapiro said in an interview with the AEA. “One reason that prediction was wrong is that people took action to clear up the air they were breathing.”

People were worried that by the end of the 20th century, air pollution would become so bad that cities like New York and Los Angeles would be unbearable.

To understand the nationwide drop in air pollution, Shapiro and co-author Reed Walker first determined how — as opposed to why — pollution levels from industries have decreased. They considered three aspects: total production levels, the types of products made, and the techniques used.

First, emissions can decrease because manufacturers produce less. However, real manufacturing output has been increasing even though pollution has declined.

Manufacturers may also stop producing “dirtier” products, such as cement and steel, or start producing “cleaner” products, like household furniture and food. The researchers showed that production hasn’t shifted much between “clean” and “dirty” products. So, this can’t explain the dramatic drop of the last three decades.

Ultimately, they found US air pollution declined because of new techniques used in manufacturing specific products.

Having figured out the manner in which pollution had declined, the researchers asked what deeper causes might be driving changes in the way US goods are made.

It’s possible that US firms were using fewer resources to produce the same amount. That is, overall productivity growth could have reduced pollution.

Second, US manufacturing trade has grown substantially. NAFTA and China’s ascension to the WTO have exposed US manufacturers to more competition. This pressure may have caused some production to move from unproductive, polluting firms towards more productive — and perhaps less polluting — firms.

Finally, policy makers have made major changes to local, state, and federal environmental regulations. The most prominent came in1990 when the Clean Air Act was amended. But cap-and-trade programs such as RECLAIM in Southern California and the Ozone Transport Commission in New England have improved air quality across the US.

A breath of fresh air
US manufacturing pollution dropped significantly after 1990. Several of the most common pollutants are plotted below. At the same time, manufacturing output has steadily increased. 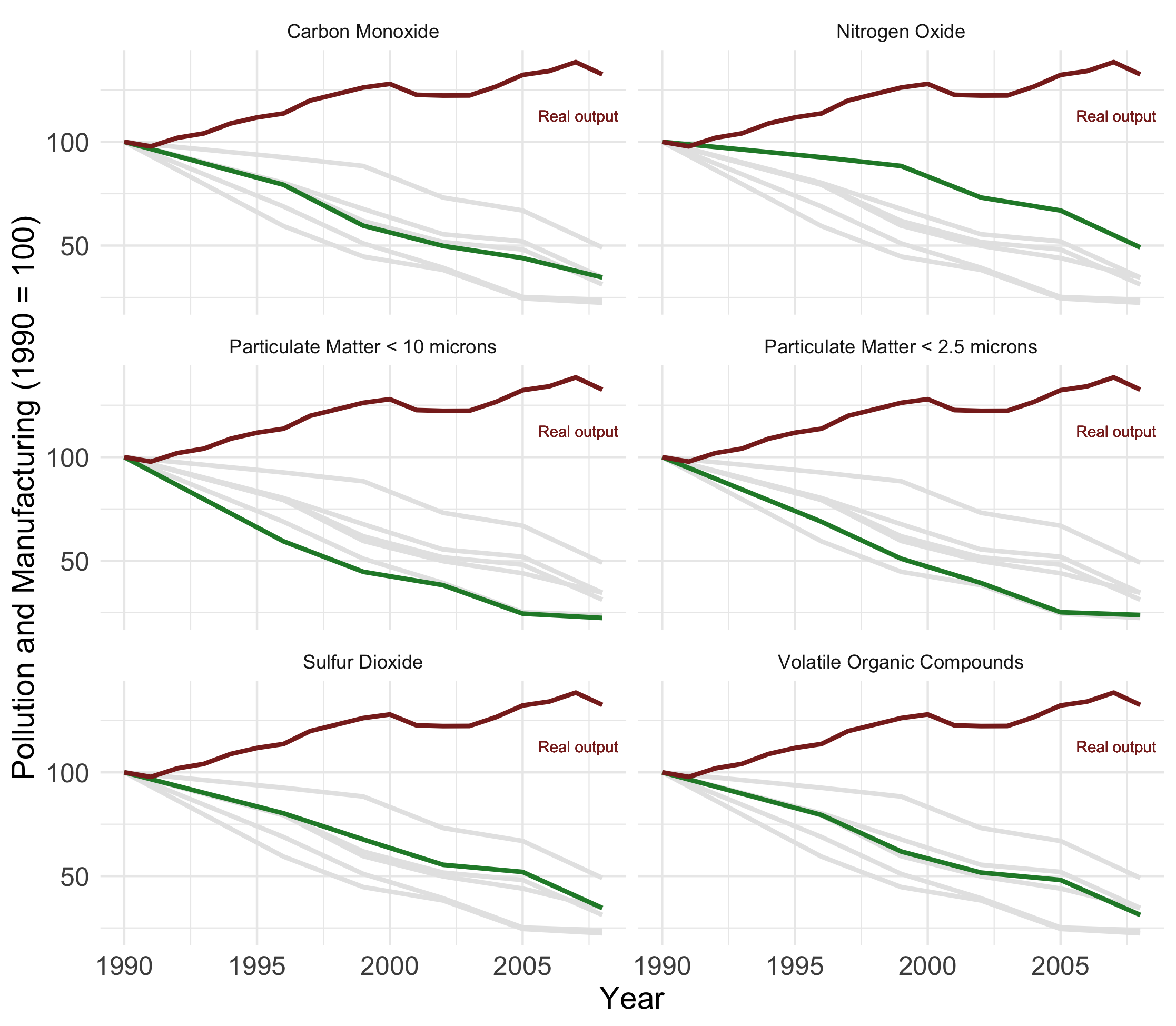 Untangling these explanations with a model of firm behavior, the authors conclude that environmental regulations drove nearly all of the reduction in air pollution. A doubling in the regulatory burden on US manufacturers explains most of the 60 percent drop in air pollution from 1990 to 2008.

The pattern for several of the most common air pollutants are similar, except for one: the greenhouse-gas CO2. Manufacturing CO2 emissions have remained about the same since 1990.

Interestingly, the authors found that the regulatory burden on CO2 emissions hasn’t changed either.

“Why has it been so difficult to implement stringent regulations on greenhouse gas emissions?” Shapiro said. “Economists have one agreed-upon answer. . . . If you improve the climate, everybody benefits. So, it's easy for one country to wait for everybody else to act.”

The researchers confirmed that environmental regulations have been working on a national level, but they didn’t look at whether the costs outweigh the benefits of regulations. Future research will have to determine if regulators have struck the right balance between the economy and the environment.

"Why Is Pollution from US Manufacturing Declining? The Roles of Environmental Regulation, Productivity, and Trade" appears in the December issue of the American Economic Review.

Get the lead out

How much can we mitigate the damaging effects of lead exposure in kids?