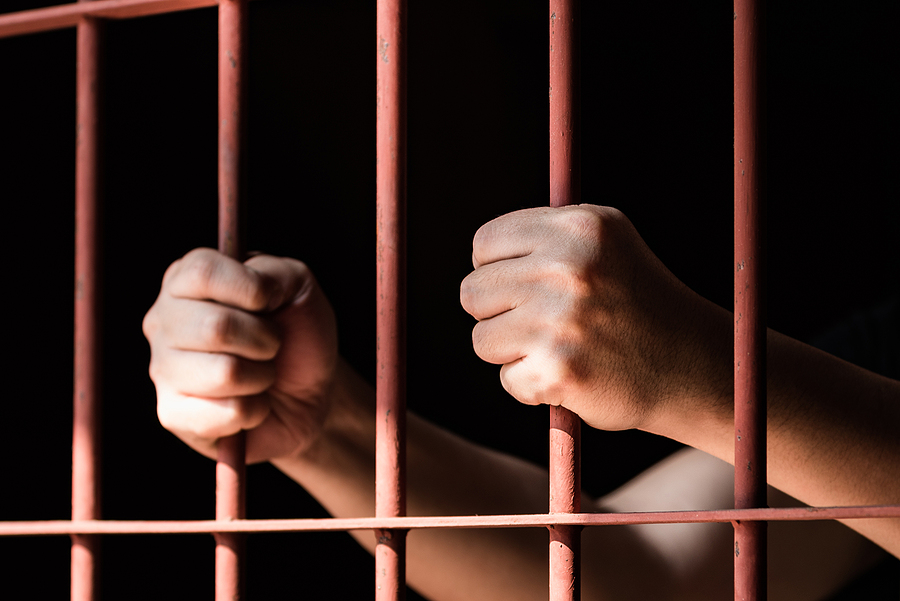 The United States has one of the most punitive criminal justice systems in the world. It is especially hard on Black Americans, who are incarcerated at six times the rate of whites and face longer sentences for similar crimes.

Part of the explanation lies in the racial composition of US counties, according to a paper in the American Economic Journal: Economic Policy.

Authors Benjamin Feigenberg and Conrad Miller found that jurisdictions with harsher sentencing practices tend to have more even shares of white and Black residents, while ones with mostly white or mostly Black residents tend to be more lenient. 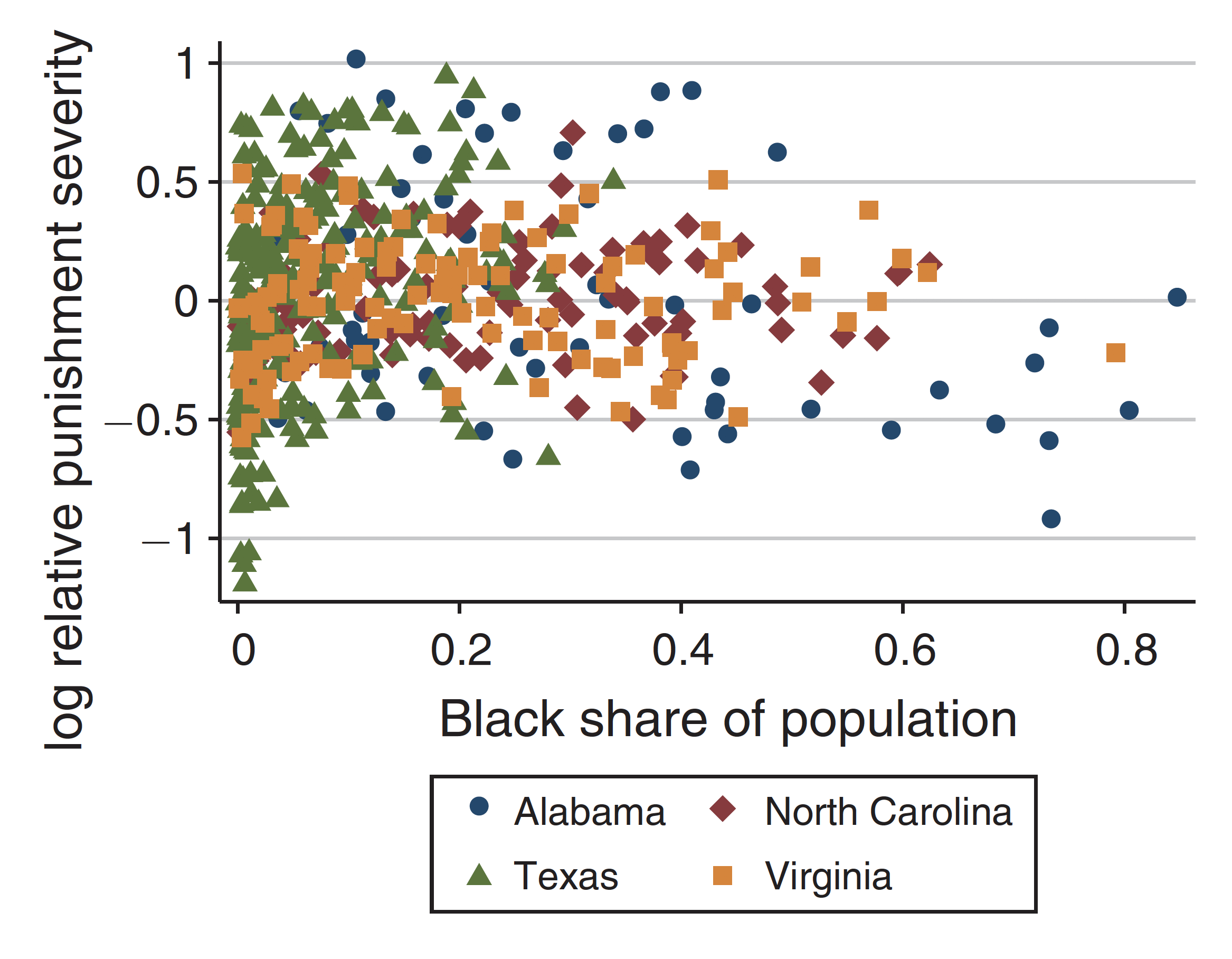 Panel A of figure 3 from their paper shows the inverted U-shaped relationship—starting at the bottom left corner, rising, and eventually falling to the bottom right of the chart—between Black share of population and punishment severity in several southern states.

The y-axis (relative punishment severity) captures how much more likely it is that charges in a county lead to a prison sentence—what the authors call predicted confinement rate—compared to other counties in the same state.

In Alabama (blue circles), North Carolina (red diamonds), Texas (green triangles), and Virginia (yellow squares), defendants are punished more severely on average as the county share of the Black population increases from 0 percent until peaking around 30 percent, according to the authors’ estimates.

At this peak, predicted confinement rates for a given offense are 27 percent higher than in a jurisdiction with a Black share of the population that is zero.

Past the peak share, sentencing steadily becomes more lenient as the share of the Black population increases to 100 percent.

The researchers found that this pattern could be explained by local voters preferring more severe punishment when offenders are more likely to belong to a different racial group.

The results are a reminder of the broad role that race still plays in America’s high incarceration rates.

“Racial Divisions and Criminal Justice: Evidence from Southern State Courts” appears in the May 2021 issue of the American Economic Journal: Economic Policy.