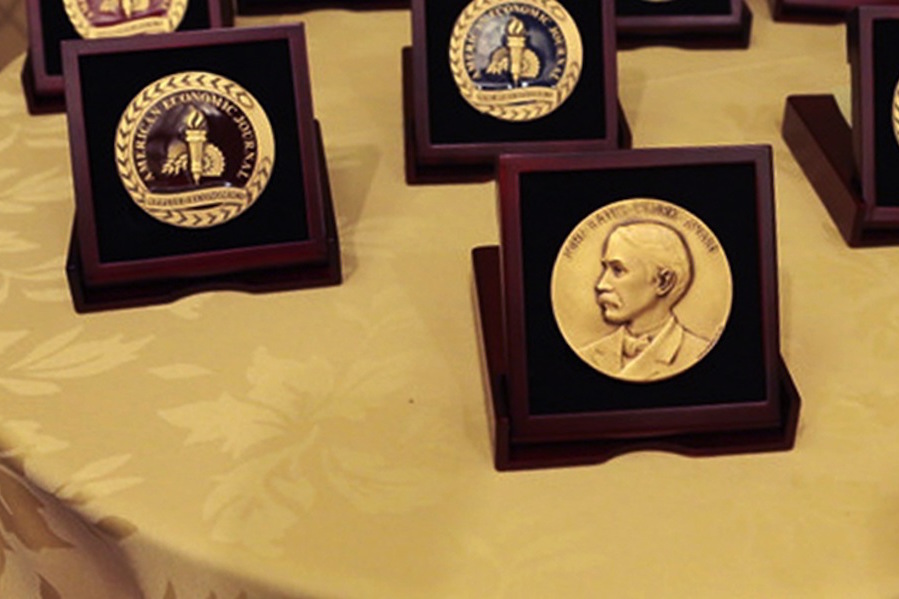 Awarded annually to an economist under the age of 40, the John Bates Clark Medal recognizes outstanding research accomplishments in economics. The AEA Electoral College, consisting of the Association's Honors and Awards Committee and voting members of the Executive Committee, selects the winner.  A list of Clark Medal recipients is available at https://www.aeaweb.org/about-aea/honors-awards/bates-clark.

A list of the award winners is provided below. For more information about these awards, the recipients, and biographies of the John Bates Clark Medalist and Distinguished Fellows, visit http://www.vanderbilt.edu/AEA/.


About the American Economic Association