Glenn C. Loury has made groundbreaking contributions to the fields of welfare economics, income distribution, game theory, industrial organization, natural resource economics and labor economics. His papers on racial inequality and social policy have been influential in both academe and the public sphere. He has been a leading and provocative public intellectual for forty years, publishing not only in academic journals but also in the popular press. His books, public commentary and congressional testimony have for decades positioned him as a leading public intellectual on matters of race and inequality. 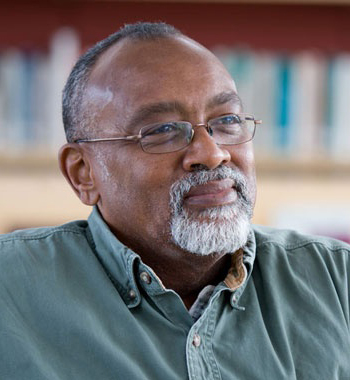 Loury’s work on affirmative action has been particularly influential. It builds on four decades of research on race and inequality, which began with his MIT doctoral dissertation in 1976. His work on the topic continues to this day, including several papers with Roland Fryer (Journal of Political Economy 2013; Journal of Economic Perspectives 2005) that examine the efficiency, incentive and reputation effects of affirmative action. His articles apply a rigorous, theoretical framework to a contentious topic, clarifying issues that are often confused in heated public debate. The analyses distinguish between affirmative action that is “race-neutral” and “race-conscious,” as well as between policies that preferentially select candidates and those that provide preferential access to the resources that lead to social and economic success.

In his work on affirmative action Loury confronts whether a well-intentioned program that aims to compensate for past harm creates disincentives or, instead, ameliorates past injury by changing negative stereotypes.  The answer provided in his American Economic Review 1993 piece with Coate is that is it could go both ways and that there are multiple equilibria. Incentives can be increased or can be decreased and create, what Loury and Coate term, a “patronizing” equilibrium.

The enormous breadth and significance of Glenn Loury’s research interests was evident early in his career. In his first few years as an assistant professor, he published articles on the optimal exploitation of natural resources, (1978, Review of Economic Studies), market structure and innovation (1979, Quarterly Journal of Economics), and the dynamics of inequality across generations (1981, Econometrica). Although his work increasingly focused on race and inequality, his analyses of these topics draws on the analytic tools he successfully wielded in multiple fields of economics. It should be mentioned that Glenn’s first published paper in 1977 (“A Dynamic Theory of Racial Income Differences”) coined the term “social capital” and preceded James Coleman’s important work by many years.

Loury’s applied-theory work extends into development economics, with two influential pieces on social capital and informal markets (Review of Economic Studies 1994; American Economic Review 1993). As with his work on social policy in the US, Loury’s applied theory work in developing countries tackles critically important issues, such as financial inclusion through informal networks that lie at the heart of how rural communities organize and share resources.  His work specifically examines informal savings groups and the welfare implications of different institutional structures, and then further examines how social capital influences the likely success or failure of informal arrangements to share resources. These two pieces serve as a backbone on which further papers, both empirical and theoretical, have built.  The work has also indirectly influenced a large and growing financial inclusion movement that is scaling-up social capital based informal savings groups as a method of more efficiently allocating resources within villages.

Glenn Loury is the Merton P. Stoltz Professor of the Social Sciences and Professor of Economics, Brown University. He was vice-president of the American Economic Association in 1997. His election as Distinguished Fellow of the American Economic Association recognizes his important contributions to the economics of social policy.